And the Woman of the Year is…? 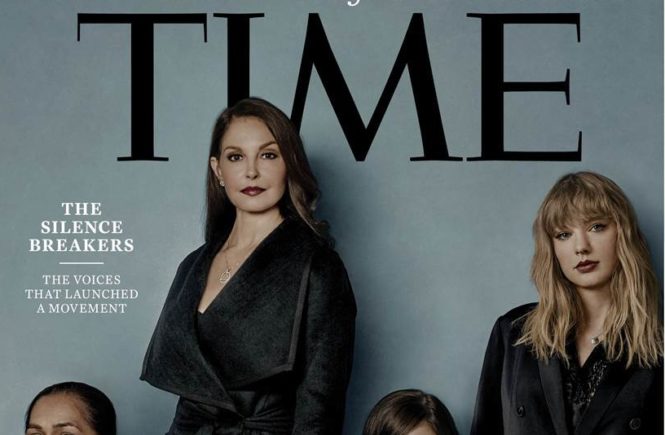 The announcement of Time’s Person of the Year is always big news around the world as it offers a reflection on the year that was… and plenty of healthy debate and discussion.

This year Time got the nomination spot on in my opinion by naming their Person of the Year “The Silence Breakers”, those people (mostly women) who have bravely stood up to report sexual misconduct, harassment and rape – vile crimes against humanity that sickeningly show little sign of abating.

Characterised by the #MeToo hashtag, the movement is hopefully going to put a brake on the behaviour of sex pests and perverts, as no longer are these sins automatically covered up as the abused are being given the confidence and power to stand up to their abusers.

Looking back on the list of Time’s Person of the Year, you might notice that there have been just five women who have been accorded the honour of ‘person of the year’, so it is sad that in 2017 there is not a single woman who could stand out as the figurehead, the great influencer. Of course, this is an issue that affects all women, so it would be wrong to ‘single’ one lady out – and, to be fair, impossible to highlight just one woman.

Time have not made a mistake by honouring the group, but I feel sadness that this year’s choice could not have been just one woman. So often we talk about women as a group, yet men keep getting the individual honours and accolades, and they become the figureheads. The #MeToo movement needs a Florence Nightingale, and the Time cover could have given this to the world.

The #MeToo movement needs a Florence Nightingale, and the Time cover could have given this to the world.

Time were right to rename the award the Person of the Year but, with hindsight, perhaps they can disrupt themselves now and return to honouring the Man of the Year and the Woman of the Year… but award both honours every year!

Diversity seems to be the key to success in this age of disruption, so let us rather celebrate and honour our great diversity, as this would give women more role-models to aspire to and be inspired by. At the same time, it would shine a light on the achievements of women so that more men can also start to see the light.

A great way for Time to start this disruption would be to reboot their own awards! Look back to 1927 when Charles Lindbergh became the first Man of the Year… and ‘award’ a Woman of the Year for each year up until the present day. It’s not going to change the world, but it will help to change the many minds (male and female) that are stuck in the past, as well as giving fresh inspiration to women around the world who are in desperate need of role-models in our male-dominated world.

And, yes, in the five years that there was a Woman of the Year, Time needs to name their Man of the Year for that year.

Diversity and equality. These words are so important for humanity in the coming years, and it would be great to see Time take the lead in this social change as they so often do.

This year Time’s Person of the Year shortlist was made up of seven men, two groups of people (“The #MeToo movement” and “The Dreamers”)… and just one woman.

* Soong shared the honour with her husband, General Chiang Kai-Shek.