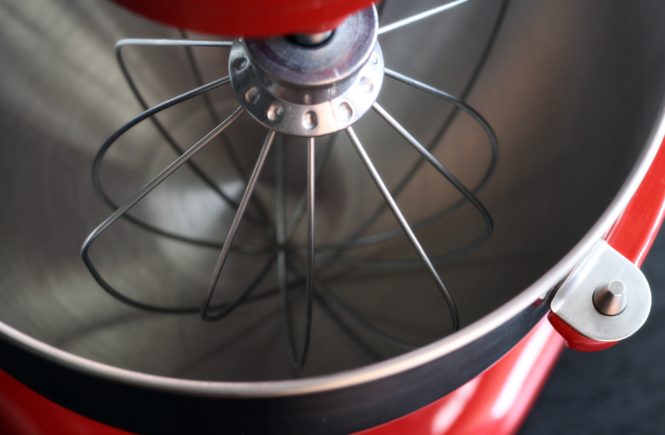 Since establishing The Clothing Bank in 2010, the organisation has helped more than 2000 women – mostly mothers – become self-employed by training, supporting, mentoring and coaching them to establish their own small businesses. The organisation’s business model is phenomenally successful. TCB partners with South Africa’s largest clothing retailers that donate their excess stock, customer returns, end-of-season and bulk rejections, to the organisation.

Every year TCB’s five branches around the country select 800 women to enter the two-year programme. These women buy this stock at greatly discounted prices from TCB and sell it in their communities. They are supported by more than 1000 hours of workshops on life, business and personal finance skills as well as computer training, personal coaching and business mentoring. Over the last seven years these small business owners have collectively made over R83 million in profits.

The Appliance Bank (TAB) works on the same model. It’s aimed at men, mostly fathers, and the uses damaged or broken small household appliances that retailers, such as the Clicks Group, donate to the programme. The men are taught to fix the appliances and then sell them in their communities. They are also supported with the business mentoring, personal coaching and business, life and financial skills workshops that have proven so beneficial in the women’s programme.

TAB piloted in Cape Town in 2015, and thanks to encouraging results has been rolled out in Johannesburg and Durban. There are currently have 50 men on the programme. Collectively these men have purchased goods to the value of R600 000 since September 2016, which means they have conservatively earned in excess of R1.8 million in profit over the past year.

TAB hopes to expand this successful model to accommodate 200 men by 2021. To do so they need more donated stock and appeal to retailers to pass on their broken and damaged goods.

Tracey Gilmore, co-founder of TCB, said they initially aimed their programme at women as statistics show a shocking 68% of SA women with children under two are single (never married and not living with a partner). And that an astonishing 50% of fathers provide no financial or emotional support whatsoever to their children. Many children born to single mothers are living in dire poverty, totally reliant on the meagre R360/month per child state grant. Women are also likely to spend their money on food, education and clothing for their children.

Gilmore said: “Working closely with mothers for all these years, we have witnessed the profound and widespread devastation the epidemic of gender-based violence continues to inflict on families. We believe that we must take a disruptive approach and include men in our vision by restoring their dignity and equipping them with the tools they need to become role models and pillars of strength in their communities.”

“We believe that we must take a disruptive approach and include men in our vision by restoring their dignity and equipping them with the tools they need to become role models and pillars of strength in their communities.” – Tracey Gilmore

Both programmes require hard work and dedication, and the key to their success is selecting beneficiaries who are willing to take responsibility for improving their lives, and commit to the programme, says Tracy. “We have proven that becoming a self-employed business owner is something everyone can do, irrespective of their education levels and resources, as long as they are self-motivated and well supported (mentally and emotionally),” she said.

TAB beneficiary, Mthunzi Qagana, has proven himself to be extremely determined. One of ten children growing up in the Eastern Cape, he dropped out of school and came to Cape Town to find work. He ended up living on the streets for years, until he took the decision to change his life. “It was very tough out there. It was cold, to make yourself warm you had to smoke glue,” says Mthunzi. “After a few years, it was on my birthday, I decided I needed to change my life. I went to my uncle’s house, he was a church-man. I repented to him and he took me in. I went back to school.”

Mthunzi worked hard. After graduating matric he volunteered at Table Mountain National Park for eight years, even winning an award there. He took in his 9-month-old son raising him alone. “I was worried his mother was drinking too much and I didn’t want the same to happen to my son,” he said. He struggled to make ends meet and get a permanent job. “I was not bringing the income home, I was staying with my girlfriend and not working very well. One day I saw an ad on Facebook looking for guys who want to join TAB. I didn’t know nothing about appliances, more especially about electricity, but I decided to take a chance and I came here. That is where my life changed.”

“Now I can afford to feed my kids, send money to my mother and build my dignity. The programme provides lots of coaching and mentoring, and training on how to run a business. I have learnt good lessons like to never sell on credit. My business is growing now.”

Mthunzi is ploughing back in his community, mentoring youth and small business owners. “People ask me what they can learn, what they can do better in their business, and I tell them the things I am learning at TAB. I am a better person, a leader in my community. I even bought a car to operate my stock and for delivering to customers.”

“I want to thank the funders – this programme can change more people like me. It can give you a skill that can build someone’s person from the things people are throwing away.”