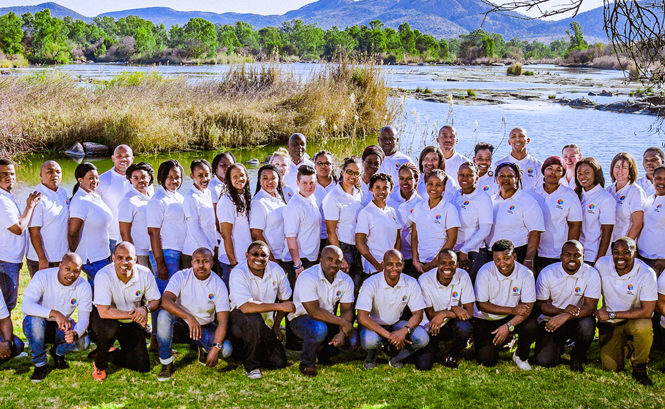 In 2016, South Africa’s Minister of Basic Education, Angie Motshekga, declared South African schools as being in a state of crisis**. Academics around the country have also claimed not to have seen any real improvement in the quality of South African education over the past few years**.

“When engaging with employers, they often tell us that team leadership skills, self-mastery, communication, and critical thinking are crucial skills that are sorely lacking amongst entry level job applicants. Therefore, the issue that needs to be addressed is whether the current education system is preparing young people for the world of work and are there ways to strengthen these elements in the schooling system,” says Tracy Hackland, CEO of Columba Leadership.

The Columba community has celebrated many successes since its inception in 2009, and 2017 was no exception. After attending the Columba Values Based Leadership programme, 75% of the participants assumed leadership roles in their schools. In addition to their studies, Columba students took on and led many important initiatives such as environmental care, discipline, education support (such as tutoring and peer-led study groups), supporting the transition of learners from primary to high schools, health and wellness promotion, and promoting values in schools and communities

This year, their learners also accomplished a 79% matric pass rate, and of those, 71% achieved a bachelor or diploma level pass. Three notable performances from their graduates were Sakile Njoko, Thalentha Ngobeni, and Sphesihle Dladla; who each achieved seven distinctions in their matric exams. These three graduates will pursue careers in Actuarial Science.

“Since I joined the Columba Leadership Programme, I have been able to set my own goals to work towards, I am driven and focused to achieve success in my studies,” says Sakile Njoko.

After attending the Columba Values Based Leadership programme, 75% of the participants assumed leadership roles in their schools.

76% of tracked Columba graduates have successfully transitioned into work or further study after completing school.*

“While academic results serve as a clear indication of improvement in schools, this is not our main goal. Columba aims to empower the youth and prepare them for life after school. We want to give them the ability to identify possible obstacles in any situation and the tools to overcome them, none of which would be possible without the continued support of our valued partners,” Hackland concludes.

For more information about Columba Leadership (www.columba.org.za) contact Rob Taylor at rob@columba.org.za or 083 326 1004.