‘Cyril Spring’: Rise of the SMEs 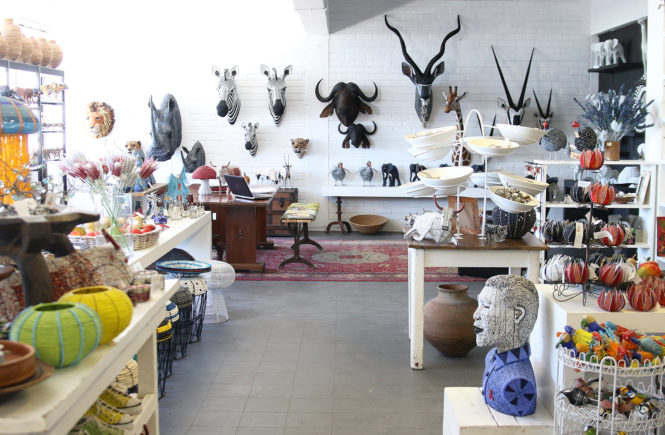 SME’s are investing in their businesses and taking more risks than ever before to capitalise on the ‘Cyril Spring’ unleashed by South Africa’s new President.

It’s already shaping up to be an excellent year for the SME sector, despite South Africa’s recessionary state. This is, in part, owing to increased positivity in the sector since the appointment of President Cyril Ramaphosa.

According to Retail Capital CEO Karl Westvig, small to medium-sized businesses are taking more risks and feeling more confident in putting their concepts and products on the market.

“We are definitely seeing an increase in confidence in the sector. People are investing in their businesses in 2018, far more so than towards the end of last year,” says Westvig. “On the back of positive business sentiment flowing from the Cyril Ramaphosa election as President and the new Cabinet, with visible signs of anti-corruption and policy certainty, we have seen hugely increased levels of applications.”

The Franchise Association of South Africa (FASA) says that they too welcome President Cyril Ramaphosa’s commitment to supporting small business and entrepreneurship, in response to the State of the Nation (SONA) in which he confirmed that the growth of the economy will be sustained by small businesses and undertook to set aside “at least 30% of public procurement to SMMEs, co-operatives and township and rural enterprises” to “grow this vital sector of the economy”.

“Retailers are trading up and reinvesting in their businesses through increased stock levels and business expansion as well as refurbishing and renovating. This also has a knock-on effect of hiring more staff which is positive for the economy.” – Karl Westvig, Retail Capital.

FASA chairman Tony Da Fonseca adds that franchising is perfectly poised to play an even bigger role in this regard “as a sector that already contributes 13, 3% to the country’s GDP, generating an estimated R587 billion through its 845 franchise systems, 40 528 franchisees and employing 343 319 people”.

Retail Capital was established in 2011 to provide South African business owners with the opportunity to grow their business through access to funding. The company has since provided more than R1 billion to the SME industry in South Africa.

From July to September last year, Westvig says demand for finance was subdued due to seasonal downturns – “especially through the negative political sentiment leading up to the ANC Elective Conference”. From October through to December, however, application for finance volumes was up by 70%, which he attributes to businesses needing to restock ahead of a busy peak season.

Regionally, the Western Cape and Gauteng had increases of 80%, but KwaZulu-Natal saw an increase of just 35%. The most notable change came from the restaurant and food and beverage industries, with a 100% increase in applications for funding ahead of and around the festive season, compared to the previous quarter.

These levels of applications have continued into the new year from January to March, however, and Westvig expects to see further positivity and growth in the months to come.

“The volume growth from the fourth quarter of 2017 to the first quarter of 2018 decreased by just 1%, during a time where we normally witness a much larger decrease after the festive season. The building and construction retailers were down 20% and restaurants were down 16% in funding applications, but the wellness sector increased by 53% on the last quarter,” says Westvig.

“Retailers are definitely trading up and are reinvesting in their businesses through increased stock levels and business expansion as well as refurbishing and renovating. This also has a knock-on effect of hiring more staff which is positive for the economy.”

He further attributes the rise of confidence in the sector to a rise in entrepreneurs in a bid to combat the country’s unemployment rates.

“With South Africa’s unemployment rate at 26.7%, more than a quarter of the population, it stands to reason that more and more people are taking the entrepreneurial route and launching their own products and businesses,” Westvig explains.

“At Retail Capital, our primary goal is to provide SMEs with access to funding to make the changes they need to grow their business and take it to the next level. The fact that new businesses are being launched, and more and more businesses are expanding and growing, is promising for both decreasing the unemployment rate and for boosting the economy.”

“With South Africa’s unemployment rate at 26.7%, it stands to reason that more and more people are taking the entrepreneurial route and launching their own products and businesses.” – Karl Westvig, Retail Capital.

Retail Capital is revamping one lucky local business with a “business makeover” valued at R250 000. The winner of its Summer Campaign that ran on social media channels is able to consult with Retail Capital’s business experts on a solid business plan, marketing strategy, design and branding, website and social media, and also receive a cash component to the value of R50 000 to further boost the business.

While the state of the economy cannot be changed overnight, Westvig believes the country is in a far better place for the growth of the SME sector.

“Now is the time to invest and take risks. If you’re smart about your business, it will pay off in the long-term,” he concludes.