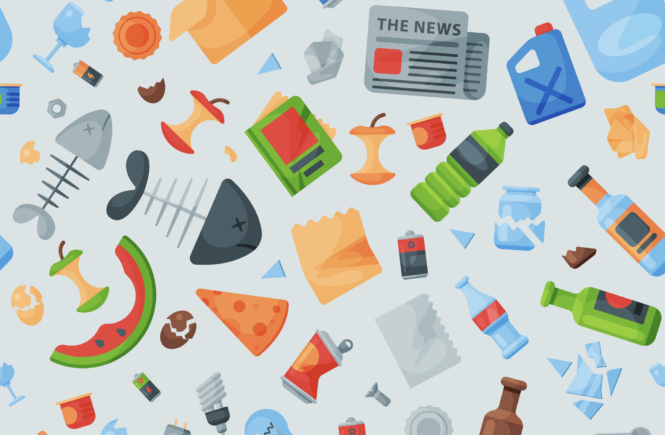 Justin Smith, Head of Business Development at WWF in South Africa, shares some shocking statistics on food waste and the impact on our precious water resources

I’ve spent a number of years working on sustainability issues in the corporate sector – along the way one of the biggest lessons I learned was around the imbalances in the food system, resulting in around one-third of all food produced globally (and in South Africa) being wasted somewhere along its journey from farm to plate. This is largely caused either by inefficiencies in global supply chains or by people wasting food they have already bought. All this while many South Africans, and people around the world, face hunger on a daily basis.

“One-third of all food produced globally is wasted somewhere along its journey from farm to plate.” – Justin Smith, WWF

In fact, we are actually producing enough food to feed everyone on the planet into the foreseeable future, if we could just make sure that everyone got their fair share… and if we stopped wasting the food we do produce. This is especially crucial if we think about the amount of water, energy and other resources required to produce food, particularly meat and dairy. 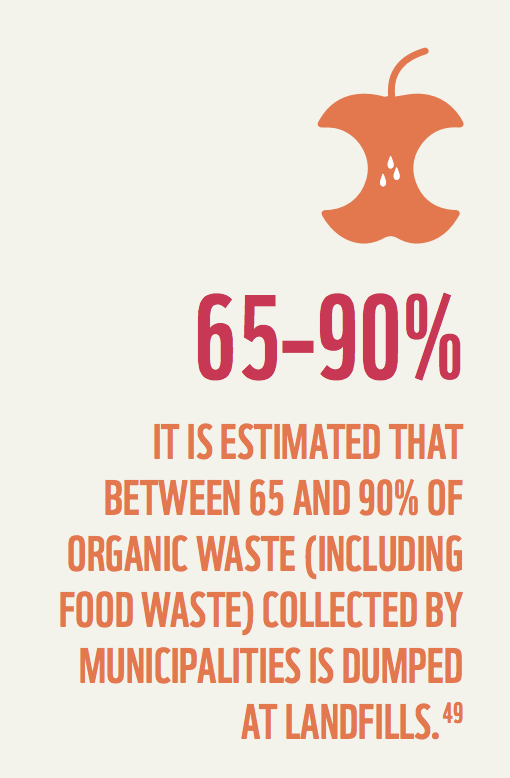 Some of the wild and wonderful statistics I’ve learned about by being part of a WWF report around food waste and loss (download here) are really staggering.  It is estimated that the energy lost due to food wasted in a year in South Africa could power Johannesburg for four months! Or picture yourself in the FNB Stadium in Johannesburg packed to capacity.

Now replace each person with a huge wheelie bin filled with edible food. Now fill six more stadiums of the same size. That is the food we waste each year, and it could feed more than 11-million hungry South Africans.

In total, 210 kilograms of food is wasted per person each year in South Africa, and this is a massive concern, especially given the drought situation in major parts of the country. After all, one-fifth of South Africa’s water is used to produce food that is wasted!

“One-fifth of South Africa’s water is used to produce food that is wasted!” – Justin Smith, WWF 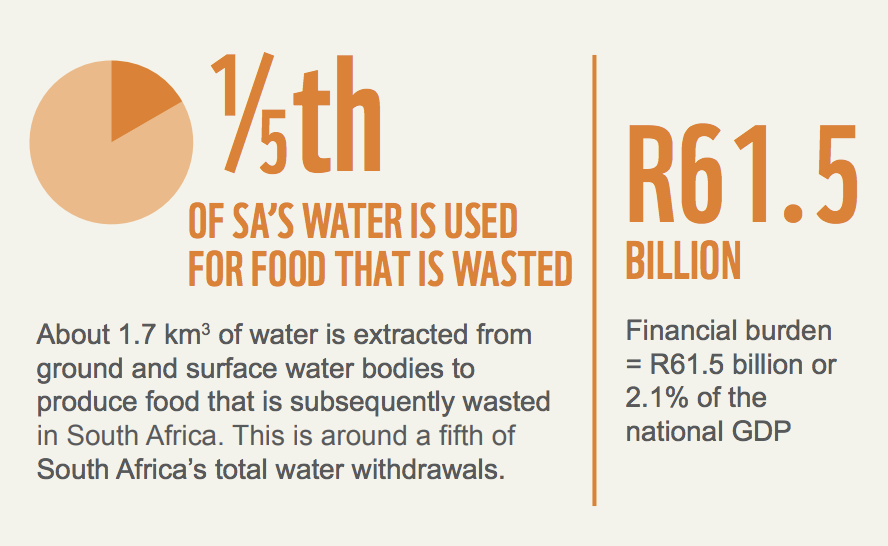 We especially need to think about the water we cannot see that has gone into producing our food, and then tying it back to some of our own daily habits around water. Leaving a mouthful of steak on your plate equates to running your dishwasher 22 times, while wasting half a litre of milk equates to taking 3 full baths (Capetonians hopefully aren’t taking any baths at the present time!). 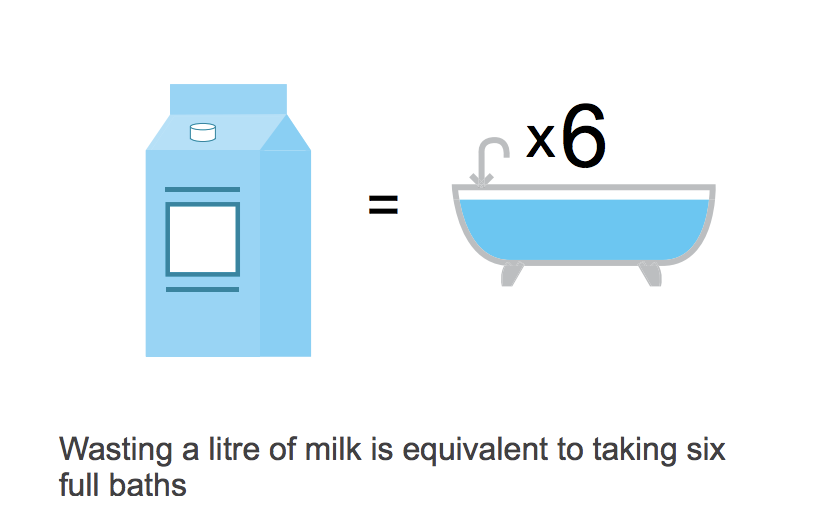 So make sure your kids slurp up every last bit of milk in their cereal bowls, and you do it too!

So what else can we as responsible consumers do about this issue that seems so big and complex?

Start with some basics, like good meal planning, serving smaller portions on your plate and storing food correctly – refrigerate foodstuffs that require this, and generally keep other perishables out of areas where they will be affected by light and heat.

Understand date labelling – sell by dates are for the retailer not the customer, and even food past it’s sell by date is generally good for another day or two, as cold chain practices of the big retailers are pretty good in SA. Try a sniff test when in doubt!

Use leftovers in new meals or freeze for later use… and think about composting or getting a worm farm. It’s a great educational experience for a family to go through together, and even if you have a tiny garden like me, give your friends a present of some of your home-made liquid fertiliser (mine normally seems to be handed out in a reused tonic bottle…) with some instructions on how to use in their garden. 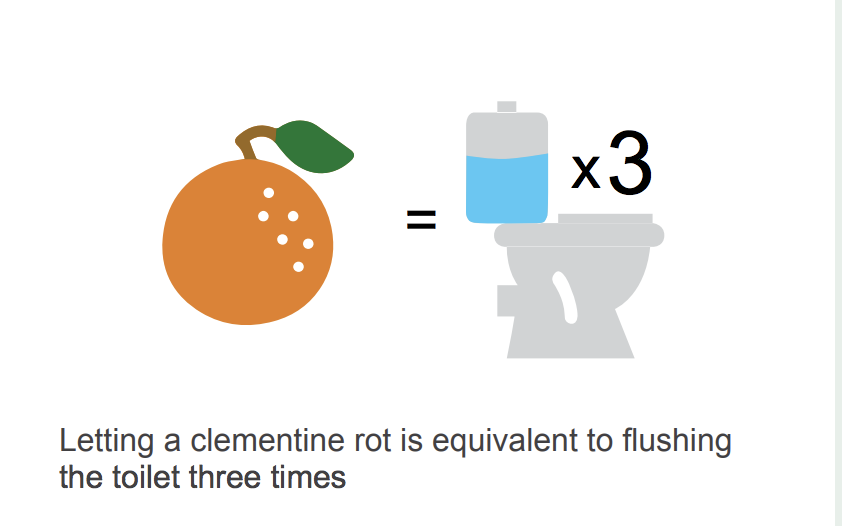 “Even food past it’s sell by date is generally good for another day or two, as cold chain practices of the big retailers are pretty good in SA.” – Justin Smith, WWF

At the end of the day, my biggest wish is that we all try and keep in mind the often difficult journey food takes to get to our plates, and truly cherish every mouthful. 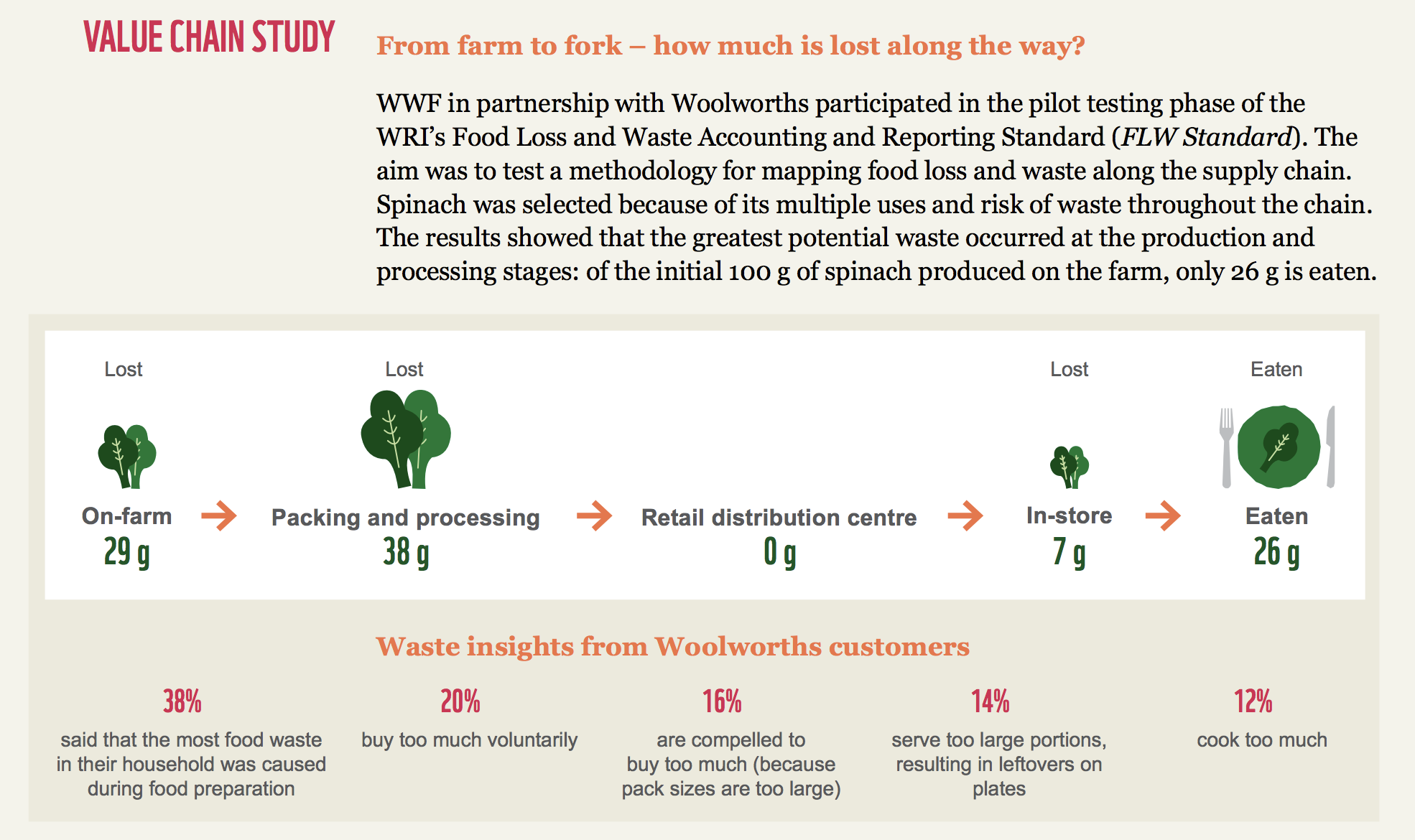