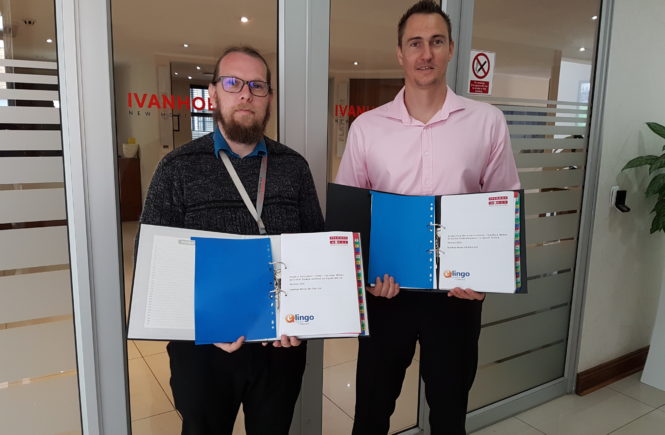 Ivanhoe Mines has contracted Elingo to assist it with the migration of its managed and licensing services from Singapore to a new office in Sandton, South Africa.

Despite the challenging timelines and working across four different time zones, Elingo successfully completed the project yielding significant business benefits for the customer.

Ivanhoe Mines is a Canadian mineral exploration and development company headquartered in Vancouver, British Columbia. It is the successor to the original Ivanhoe Mines, now known as Turquoise Hill Resources.

The original Ivanhoe Mines was founded in 1994. In April 2012, Rio Tinto increased its ownership and took control of the companies’ assets. As part of the deal, it had to relinquish the Ivanhoe name. In August 2013, Rio Tinto renamed the company to Turquoise Hill Resources.

In October 2012, the new company, Ivanplats Limited, was listed on the Toronto Stock Exchange. It subsequently changed its name to Ivanhoe Mines in August 2013.

Ivanhoe Mines had been using managed telephony and licensing services through Turquoise Hill Resources based in Singapore. The company had been managing its global infrastructure through ShoreTel solutions.

However, Ivanhoe Mines was notified in February 2016 that the Singapore office was closing and moving to new offices in Sandton, South Africa. This required the infrastructure to be migrated to South Africa.

ShoreTel recommended using Elingo as the preferred local vendor. Ivanhoe Mines met with Elingo in March 2016 and together the two organisations created the project scope. Once the costing was approved, Elingo had two months to complete the first phase of the project which saw the relocation of the ShoreTel portfolio to South Africa. This was a hard deadline as the Singapore office would close at the end of April 2016.

“Irrespective of the intense timelines, the implementation has resulted in business benefits and have improved the efficiencies inside the organisation.” – Dale Lince, Ivanhoe Mines.

“Despite the challenging deadline, the voice migration went well and was concluded within a week. There were a few minor teething issues around some of the firmware on the handsets and dialling challenges between branches but those were resolved. In total, 54 licenses for voice were successfully migrated with the help of the team at Elingo,” says Dale Lince, IT manager at Ivanhoe Mines.

The project involved managing the migration between the head office in Canada, and offices in the United Kingdom, South Africa, and Singapore. This meant that the Elingo team had to work irregular hours to ensure that none of the sites went offline during the migration. Lince says the team at Elingo ensured that everything was managed effectively across the respective time zones and provided a high-quality service.

“The project team really went the extra mile to make sure everything worked. We have been very happy with the pro-activity shown by Elingo. The second phase of the project has seen Elingo starting to customise the ShoreTel implementation even further to allow for integration with third-party PABX solutions,” says Lince.

“Irrespective of the intense timelines, Elingo was committed to making sure that all the technical aspects where complied with. Already, the implementation has resulted in business benefits and have improved the efficiencies inside the organisation,” says Lince.

Such has been the success of the project that Ivanhoe Mines is already looking at expanding the contract. In October 2017, ShoreTel service level agreement of Ivanhoe Mines at the DRC is up for renewal which presents an opportunity to migrate the licenses into one ShoreTel portfolio with Elingo tasked to assist with the merger.

“Elingo has been quick to deliver and meet our timelines. The project team really did whatever was necessary to ensure that deadline was adhered to and that the migration was a success,” concludes Lince.