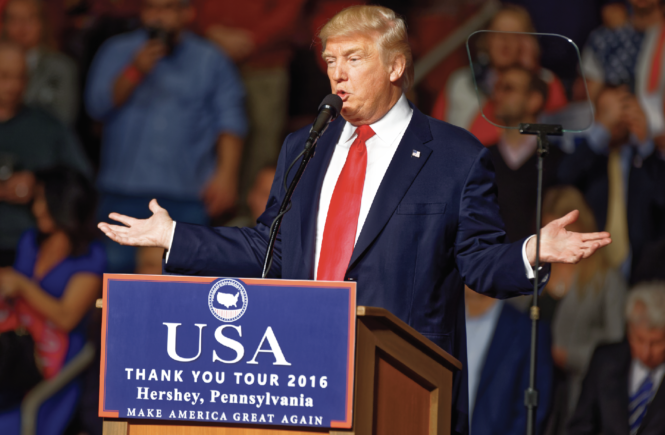 Trust is top of the pops in business, life and politics, says René Carayol. However, we all have a different relationship with this elusive quality.

There was a time when any new joiner of a team, business or government would be put under close scrutiny until they had earned the trust of the leader. This can lead to feelings of isolation or alienation, leaving the individual slightly outside the ‘loop’ and always seeking authorisation to proceed or permission to participate.

In some closely-knit environments, this might even take years before they were included in to the ‘inner circle’ and trusted.

As we have seen play out recently on the world stage, even heads of state, presidents and prime ministers can also take their time in establishing trust with other world leaders and usually this is not to anyone’s benefit.

Nowadays, with the world moving so much more rapidly than before, not many have the luxury of waiting a couple of years for the evidence that enables us to either build a trusting partnership or even just collaborate.

Progressive leaders now fully understand that there is no ‘risk free’ approach to establishing trust.

There is a huge prize to be had in building trust quickly. Consequently, in more progressive environments, increasingly trust is ‘given’, no longer earned over a long period of time.

This does mean that as leaders we will face disappointment far more often than if we were more careful and patient about trusting people.

The elusive prize of empowerment, which drives high performance, is always based upon being trusted.

But as we can witness in the Gulf, where long-time partners and allies have recently brutally fallen out of trust with each other. Saudi Arabia, Egypt, UAE and Bahrain have broken off diplomatic ties with Qatar. It’s already looking like it may take a long time to re-establish trust and it will be at a high cost to all.

The much mooted ‘bromance’ between Vladimir Putin and Donald Trump appears to move from high-profile displays of trust and camaraderie to confrontational statements borne out their obvious power plays.

Donald Trump says he challenged Putin over election meddling for ‘25 minutes’. In a relationship built on trust, there would be nothing wrong with this statement. In fact, it might feel rather a long time to be challenging someone you trusted.

But if there is no basis for trust, then this sounds like no time at all to get to the bottom of things.

When asked whether he felt he could trust Putin, Mr Trump replied: “I am not a person who goes around trusting lots of people. But he’s the leader of Russia. It is the second-most powerful nuclear power on earth.”

This rather contradictory statement leaves everyone confused. Trust should have nothing to with status or job titles – trust is trust! There is no middle ground – you do or you don’t!

Ernest Hemingway called it beautifully, “The best way to find out if you can trust somebody is to trust them”.