Future Kings call for young men to ‘man up’ 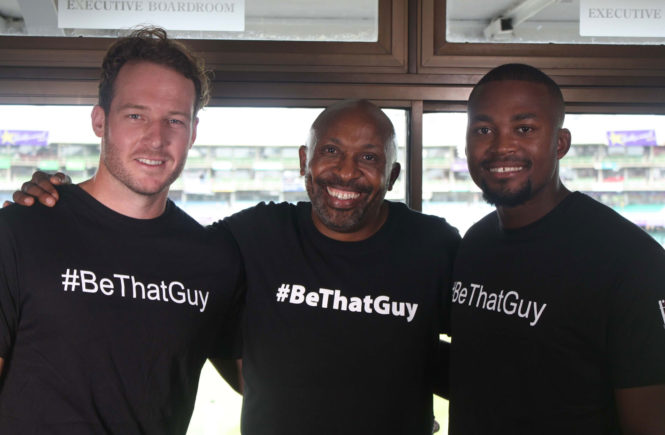 The KwaZulu-Natal Cricket Union and the Future Kingsinitiative have joined forces to encourage young men to be the best version of themselves through their actions and taking responsibility in their life’s journey. #BeThatGuy

Rams Mabote, the founder of the programme, felt that something had to be done about how men were acting in society. Teaching young men and boys about what is acceptable and how they should act is the crux of the programme.

“Future Kings was started as a response to the role men are playing in destroying society through women abuse, sexual violence and crime in general,” said Mabote.

“We aim to create the next generation of men to set a better standard and get them to contribute positively to the growth of society.

“We do this through mentorship of teenage boys by exposing them to platforms where they can have hope again and serve their communities.

“We use platforms like cricket and sport in general to connect boys with their role models, which allows boys to dream about success and how they can use sport to contribute to society.”

“Future Kings is an organisation that is a seamless fit to the narrative of KZN Cricket Union about mentoring young talent,” she said.

“Future King brings the mentorship balance into the equation. Celebrating the good guy, the guy that stands tall and proud for his community and leads by example by paving the way for those that are walking behind him. He stands up against abuse, bullying and crime.

“I encourage KZN fans to stand up and join us Sunday 10 March at the South Africa vs Sri Lanka ODI as we raise awareness about mentorship for young men and spread this message.”

Two Hollywoodbets Dolphins and Standard Bank Proteas stars, David Miller and Andile Phehlukhwayo, have jumped on board the call to #BeThatGuy in support of Future Kings. Miller believes that it is crucial for young men to have someone they can call on for help in regaining perspective during tough times.

“I was incredibly lucky that my father has supported me throughout,” he said.

“Throughout my career there have been times when the heat of the moment and the pressure of a situation has made me lose sight of what is important.

“It is crucial that we have a support structure that gets us through those tough times.”

Phehlukwayo echoed what Miller said, but her added that he feels that when tough times arise it is important to use that support base to answer all the questions that you might have.

“To have family, friends, coaches around you that know you well and understand what you are going through helps so much in bringing you back to why you started and why you should carry on.

“Those tough times are just phases and in the good times you need to remain disciplined and humble,” he said.