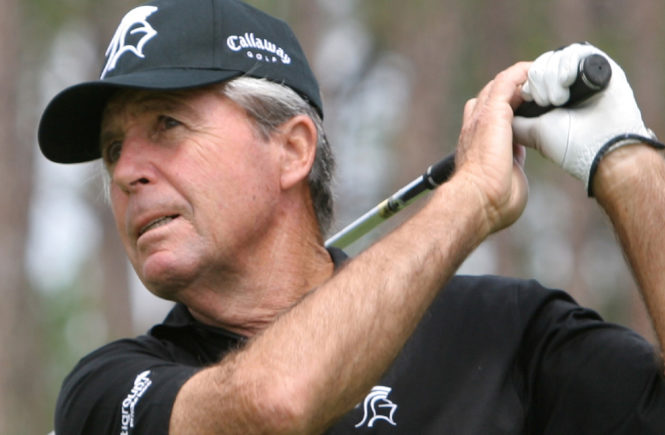 The second part of the exclusive 2015 u|Chief interview with Gary Player. The golfing legend shared his memories about Nelson Mandela ahead of Nelson Mandela Day.

How important is it for us to respect the elderly citizens who laid the foundation for the following generations to enjoy a unique freedom in South Africa?

First of all, all young people should remember that President Mandela was a great man and that when he became President he was at the age that most young peoples’ grandparents are now. On a personal level for each young South African, it’s so important to remember what your own grandmother and grandfather did for you in terms of helping to raise you as a child, and our young people should always have respect for that. It’s so important to remind them that you understand what they have done for you and to thank them for being great people. Take a present to them, even just a flower that you pick from their own garden, just to thank them and to make them feel special and honoured by you.

You know, the black man is far better than the white man at remembering and honouring their elders. White people put their grandparents in old age homes, but I have seen how wonderful the black man looks after his elders. Wealth brings bad health and breeds a lot of bad ideas, and wealth makes you forget what you did to get where you are today.

“My great wish for South Africa is that we would have a lady who would run the country. Women know how to mother people. We need a woman in charge, as women don’t want to fight and cause wars.” – Gary Player

What do you believe is going to make the difference for our youth in the future?

The importance of education cannot be underestimated. I have travelled more than anyone alive in the world today, and the greatest country I have seen when it comes to organisation is Singapore… and they put great emphasis on education. This is something we need to focus on in South Africa – our education is not good enough and not enough money is being spent on education.

I speak to many big companies around the world who are interested in investing in South Africa. They want to visit our country, but they first want to know about our crime, as they are scared to visit South Africa. We have to make this a major focus in South Africa.

We are going to be a young nation in the years ahead as we have more young people than any other country in the world, so they are the future… and they need to live up to President Mandela’s legacy of love, hard work and democracy.

Mr Mandela always said to me: “You know, Gary, Apartheid and communism were terrible things.”

Under communism, millions of people died and suffered, but now when I visit to build golf courses I see how some of these former Communist countries are coming right.

If you could see what communism had done to families in the past who couldn’t cross a border or go through the Wall… you couldn’t visit a dying relative living a few hundred metres away from you. And they also closed the churches. But the whole world got rid of communism and, today, in these countries you see people who have beautiful cars and there are beautiful golf courses and people are living in beautiful houses. These countries are changing.

What do you believe Madiba’s worldwide legacy will be?

It takes a truly special man who can endure the suffering he was subjected to and yet come out of jail and say: “I can’t change the country on my own… but together we can change it.”

I never thought I would live to see the day that South Africa would be a free country. President Mandela’s legacy is so great that, even when he died, they held up a sign that said “God bless Mandela”… and that was in the war zones in Afghanistan!

He showed the world a lesson that is so important for our leaders today. He proved to us that the world is so small and that you need people to support and invest in you and, in order to do that, people have to like you. That was his message and that was what he did for South Africa. Imagine a man coming into power and the mess we were in as a country. If he had taken over with bad intentions, it would have ruined the country.

How has Madiba’s life and journey inspired you?

It’s inspired me in so many ways. He was a man who never spoke badly of anyone, but I believe he was a special messenger from God sent down as a saint to come to a country on the verge of bloodshed and to bring about peace in our land. We all have different religions, but there is only one God and that great God sent Nelson Mandela to a great country with great people, in order for him to be here at the right time to save us. He made the country popular around the world.

My great wish for South Africa is that we would have a lady who would run the country. Women know how to mother people. We need a woman in charge, as women don’t want to fight and cause wars.

“As I opened the door of the helicopter President Mandela was smiling at me and he laughed and said: ‘Hello, Gary, do you remember me?’  He loves to laugh and he loves to love.” – Gary Player.

You must have a personal favourite Madiba’s memory?

My great memory of President Mandela is his love of life and his sense of humour. We were playing at Pecanwood and we had all the guests flying in to see him, and my job was to drive the golf cart to pick President Mandela up from the helipad.

As I opened the door of the helicopter he was smiling at me and he laughed and said: “Hello, Gary, do you remember me?”