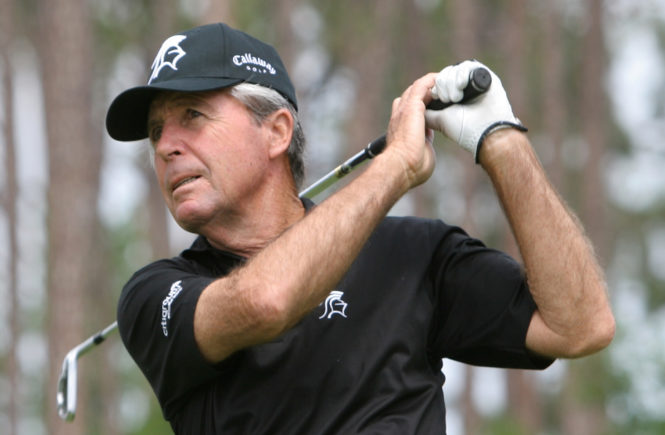 u|Chief interviewed golfing legend Gary Player in 2015 and asked him to share his memories about Nelson Mandela.

What does Mandela Day mean to you?

President Mandela was one of my great heroes of the world. He was an incredible human being and a man who was full of love and forgiveness. He was the greatest leader that Africa has ever had. It is a tribute to him that Mandela Day has not been declared a public holiday – rather, it is just a day on which we can remember him and honour him. With our economy being in the state it is in with crime being so high, we have to battle to keep it going, so it is typical that Mandela Day is not a public holiday but is, instead, a day that we’ll remember him and, hopefully, do something for the country and our fellow South Africans, instead of just sitting on our backsides doing nothing.

“I couldn’t help crying every time I was with him. He was such a remarkable man of forgiveness, and there was no militancy about him and no need for revenge.” – Gary Player remembers Madiba.

What is your favourite anecdote or memory of Madiba?

The day that he came out of jail we were so relieved, and when he became President it was a very special day, but there are a few other memories I will take with me to my grave.

When I visited him in his office before he became President, I noticed that he was sitting there without any shoes on, after another busy day of meetings. The late Steve Tshwete was there as well. Mr Mandela said to me: “Thank you for being our Number One ambassador and thank you for saying that, when you were a golfing champion, that the government should release me from jail. And thank you for sponsoring all those young black golfers. I read about it when I was in jail and I was pleased that you did that.”

I immediately dropped to my knees and I kissed his feet. I told him that it was the first time I had kissed another man’s feet… and that it would also be the only time. But I told him I was doing it in honour of what an icon he had been to everyone and for everything he had gone through for our country and our people. I told him he was remarkable and that he would be blessed.

President Mandela always oozed with passion, patience and love. The greatest word that exists in any dictionary is “love” and I believe that, whoever your God is, Love is God. You could feel this love every time you were with him.

I met President Mandela many times and spent a lot of time with him and I couldn’t help crying every time I was with him. He was such a remarkable man of forgiveness, and there was no militancy about him and no need for revenge.

“I went on my knees and I kissed his feet. I told him this was the first time I had kissed another man’s feet and that it would also be the only time, but that I was doing it in honour of what an icon he had been to everyone and for everything he had gone through for our country and our people.” – Gary Player recalls meeting a barefoot Madiba

How important is it for all South Africans to embrace the spirit of giving?

We have such a great country and such great people, but there are so many people struggling and battling just to survive. I had my struggling when I was eight years old when my mother died and my father was working deep down in the mines. I would come home to a dark house and I would have to make my own supper and do the ironing and get myself ready for school the next day. That was really tough for me, but the reality is that there are millions of South Africans who still struggle and have even greater challenges to face. We have to be a country of all helping each other and working together. It’s so important that we all give something to our people, no matter how small a thing it is.

If we can make one person happy then it’s a great thing, but if we all do this every day then just think of what that spirit will create in our people.

I saw an elderly black gentleman sweeping the streets yesterday and I went up to him and said: “Thank you for keeping the country clean.”

We chatted for a few minutes and I gave him a couple of bucks as a way of expressing my thanks to him. It’s little gestures like that which can make such a difference in peoples lives and it’s easy for all of us to do these small acts of kindness. What is so important is that we must not have a culture of militancy and aggression.