Happy Birthday, to the “King of Pirates”! 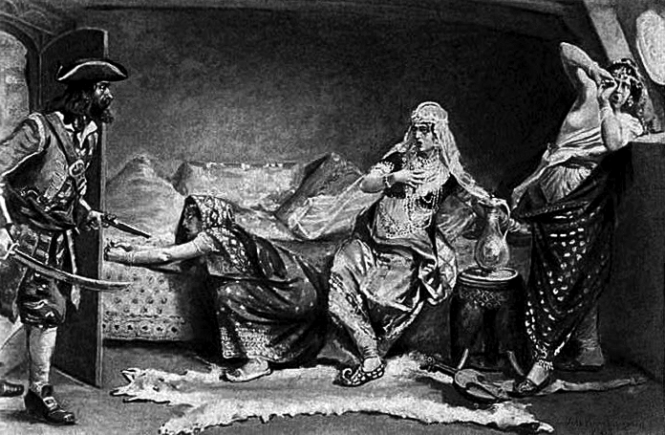 Everyone loves a pirate, despite their questionable hygiene. Boys thrill to their exciting, daredevil lifestyle, and women swoon at their bad-boy boldness (or perhaps it’s cos of their hygiene).

Pirates are a great source of inspiration from writers, as their lives are full of daring and excitement (well, certainly the highlights are).

Henry Every (aka Henry Avery) was born on 20 August 1659 and was one of the most famous of pirates. He was mentioned repeatedly in the TV series Black Sails, a prequel to Treasure Island… and is credited with inventing the Black Spot and discovering the Treasure Island!

Fun facts from Henry’s life to inspire a story:

• He was an English pirate who operated in the Atlantic and Indian oceans in the mid-1690s and probably used several aliases throughout his career, including Benjamin Bridgeman, and was known as Long Ben to his crewmen and ‘associates’.

• Earned the nickames “The Arch Pirate” and “The King of Pirates” by contemporaries.

• He was slippery as an eel, and was one of few major pirate captains to escape with his loot without being arrested or killed in battle.

• Pulled off what has been called the most profitable act of piracy in history.

• His most famous raid was on a 25-ship convoy of Grand Mughal vessels making the annual pilgrimage to Mecca, including the treasure-laden Ghanjah dhow Ganj-i-sawai and its escort, Fateh Muhammed. Joining forces with several pirate vessels, Every found himself in command of a small pirate squadron, and they were able to capture up to £600,000 in precious metals and jewels, equivalent to around £91.9 million in 2020, making him the richest pirate in the world.

• This caused considerable damage to England’s fragile relations with the Mughals, and a combined bounty of £1,000—an immense sum at the time—was offered by the Privy Council and the East India Company for his capture, leading to the first worldwide manhunt in recorded history. (Sidenote: it was pretty cheap to offer 1/600th of the stolen loot as reward money. i’m thinking… “inside job!”)

• Although a number of his crew were subsequently arrested, Every himself eluded capture, vanishing from all records in 1696; his whereabouts and activities after this period are unknown. Unconfirmed accounts state he may have changed his name and retired, quietly living out the rest of his life in either Britain or an unidentified tropical island, while alternative accounts consider Every may have squandered his riches. (Sidenote: that’s one hell of a lot of squandering when you didn’t have Lambo’s and Ferraris to splash the cash on – I’m thinking he had some help).

• His treasure has never been recovered (this last one should either inspire a story… or a working holiday!).

Have to give him high-five, though… his “record-breaking” exploits were accomplished in a career that stretched just two years, but ensured that he captured the public’s imagination with his exploits, inspired others to take up piracy, and spawned works of literature.