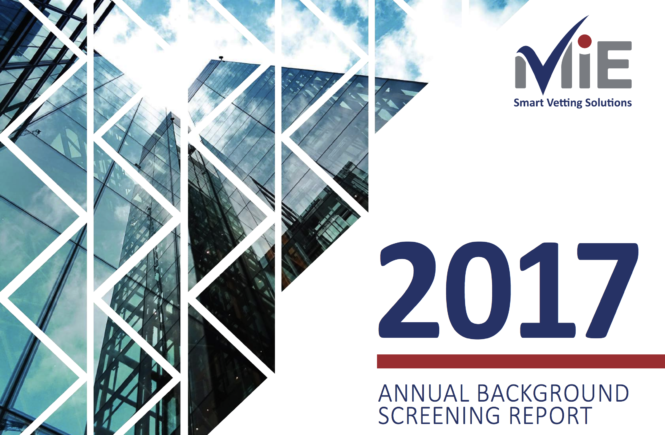 This is according to the findings from the company’s seventh annual Background Screening Index (BSI) report released today.

The growth experienced in these market services is not surprising, according to MIE’s CEO, Ina van der Merwe: “This is owing to an increasing awareness by government and business as to the potential reputational and financial risks of making bad staff or supplier appointments – and the desire to mitigate and manage business risks as far as possible.”

The seventh edition of MIE’s annual BSI report is based on the data from the company’s vetting services conducted between 01 January and 31 December 2017. During this time, MIE completed a total number of 2 869 637 transactions. 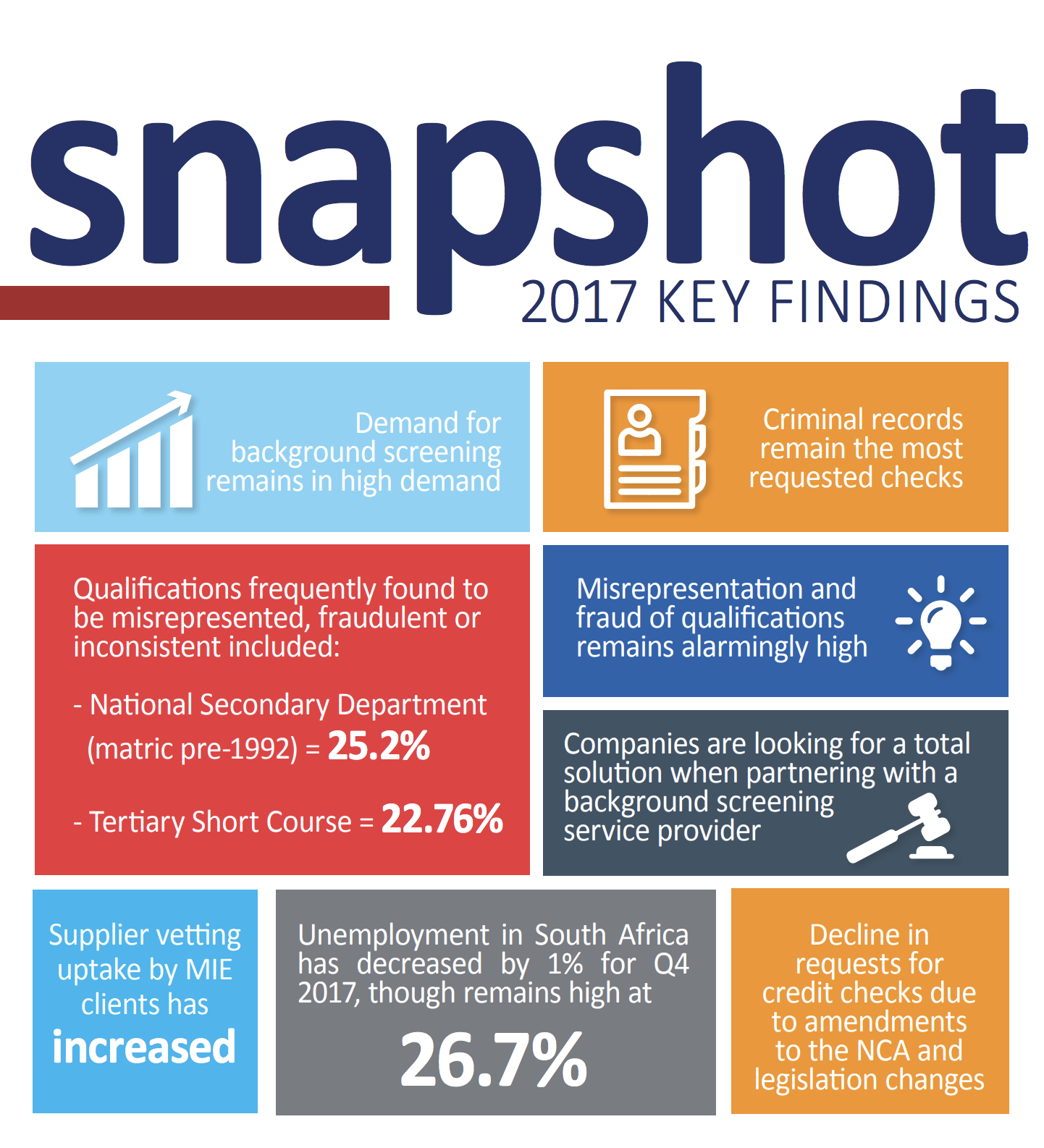 “Although volumes of certain checks have decreased slightly, when compared to data from 2016, this is in line with the tougher economic climate and fewer new employment or appointment opportunities being created over the 2017 period. It is, however, still positive to see that, despite clear strain being felt in the economy and marketplace, organisations see the value of making use of background screening,” adds van der Merwe.

“Regardless of how the macro environments change, one thing that remains constant for all organisations is the need for dependable and trustworthy employees and suppliers.” – Ina van der Merwe, MIE

Highlights from the BSI report findings include: 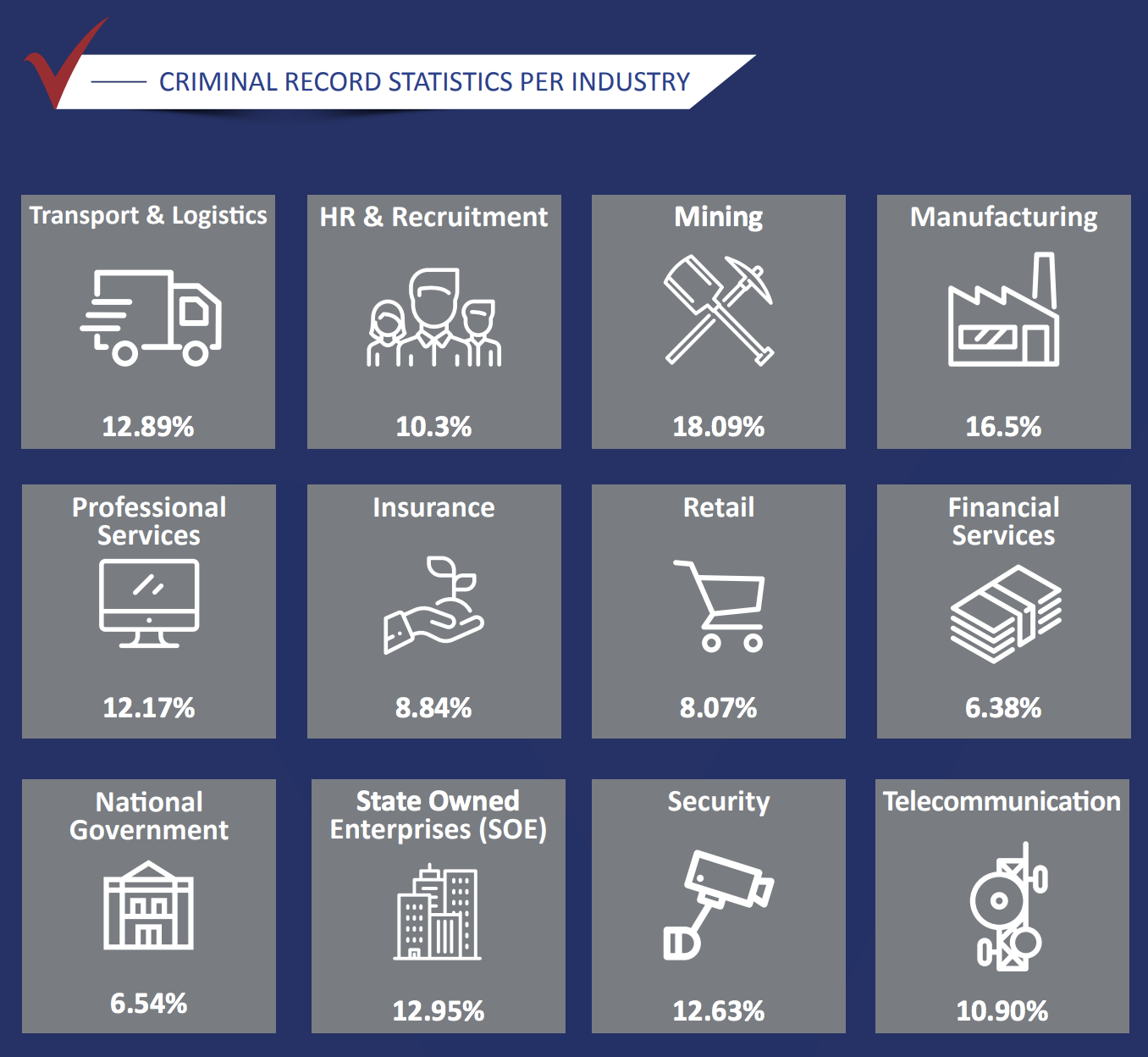 “Organisations today have to contend with economies, financial and business markets that are in a state of flux. However, and regardless of how the macro environments change, one thing that remains constant for all organisations – across any sector and in any region – is the need for dependable and trustworthy employees and suppliers,” says van der Merwe.

“It’s not surprising then that organisations across South Africa, and Africa, are finding real value in screening potential employees and suppliers prior to, or post-appointment – and are increasingly requesting comprehensive background screening checks. We expect this trend to continue as background screening becomes mainstream – and look forward to continuing to assist our clients in making intelligent personnel and procurement decisions,” concludes van der Merwe.