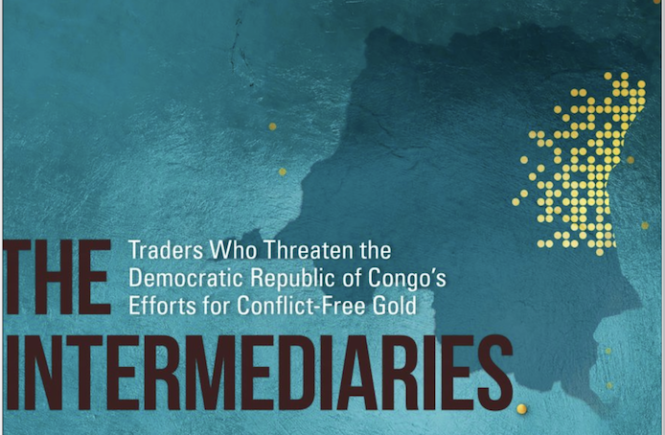 IMPACT’s (https://IMPACTTransform.org/en/) newest report reveals how the Democratic Republic of Congo’s (DRC) illicit gold trade continues to thrive despite efforts to clean up the sector.

Traders and exporters who are legally registered in the DRC, Rwanda, and Uganda are operating without apparent fear of sanction, even after being publicly named by the United Nations and international organizations year after year as contributing to the illicit trade of artisanal DRC gold.

In its latest report, “The Intermediaries: Traders Who Threaten the Democratic Republic of Congo’s Efforts for Conflict-Free Gold (https://bit.ly/DRCIntermediaries),” IMPACT documents how registered traders and exporters provide a sheen of legality by declaring a small percentage of their gold exports while pocketing massive profits from the illicit trade. They thwart attempts to disrupt their scheme by reconfiguring their operations across the region when necessary or by creating phantom entities.

This means that gold smuggled out of DRC and flowing onto the legal international gold market – into consumer products – is potentially tied to criminality, money laundering, armed groups, and human rights abuses.

“Much effort has been made to strengthen responsible artisanal gold trade in DRC, but as long as these shady intermediaries between the miners and the market operate with impunity, all such efforts are futile,” said Joanne Lebert, IMPACT’s Executive Director.

IMPACT found that despite efforts by the DRC government and international actors to introduce traceability and due diligence for artisanal gold supply chains in DRC, the illicit trade appears to be booming: only a fraction of gold production is exported legally, meaning, declared to authorities with all duties and taxes paid.

The report uses several case studies to illustrate the extent of the problem, including that of Bukavu-based Cavichi SARL, a licensed exporter from 2013-2016:

Cavichi SARL significantly undervalued its exports, with the 5,290 kg having a declared value of $17.3 million USD whereas international market value at the time would place it closer to $191.5 million USD.

Though the company closed down, its founder Caetano Victor Chibalonza continues to operate as a gold trader.

IMPACT’s investigation also takes a closer look at Rwanda as a transit point for DRC gold and the recent growth in Rwandan gold exports. Research suggests Rwandan authorities are failing in their due diligence on gold entering from DRC into Rwanda.

“Much effort has been made to strengthen responsible artisanal gold trade in DRC, but as long as these shady intermediaries between the miners and the market operate with impunity, all such efforts are futile.” – Joanne Lebert, Executive Director, IMPACT.

These failings are demonstrated by the case of two phantom entities, Congo Golden Mining Ltd and Omega Gold Mining Ltd:

Artisanal mining is often poverty-driven and economic incentives to operate through illicit channels remain great. While some traders and exporters see the benefit of working with traceability and due diligence schemes, those described in this IMPACT report have no incentive to do so.

In light of its conclusion that traceability and due diligence systems for DRC gold cannot make a dent in the scale of illicit trade until the intermediaries’ systems are dismantled, IMPACT is calling on the Government of the DRC to:

Investigate, bring to account, and expose well-known intermediaries, including by revoking or denying any trading, exporting, or refining licenses of individuals and companies tied to the illicit trade
Streamline the steps for legal gold exports, ensuring they are clear and not arduous, and that related costs do not discourage legal trade

“This is the moment to bring the intermediaries out of the shadows. For too long, they have been allowed to get away with gaming the system. Never has it been clearer than now, with COVID-19, how these traders profit off of miners’ vulnerability. Authorities must act to halt their operations,” said Joanne Lebert, IMPACT’s Executive Director.

IMPACT also calls on the Governments of Rwanda and Uganda to foster cooperation between law enforcement agencies to identify trade discrepancies and enhance regulatory controls on any gold that is declared as DRC gold.