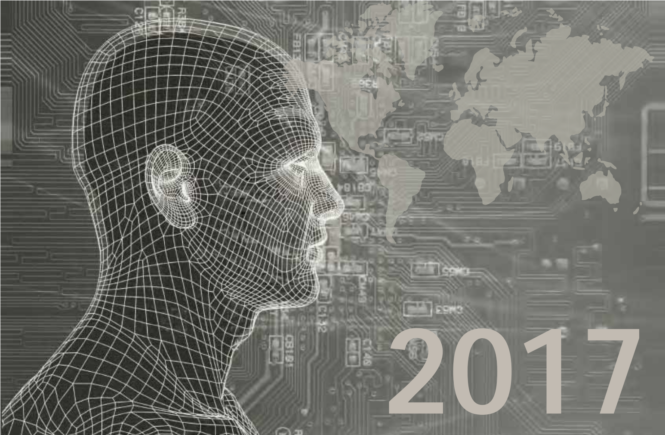 European economies are superior when it comes to attracting, developing and retaining top talent, according to a major new study by the World Competitiveness Center at IMD, the leading global business school.

The prestigious annual IMD World Talent Ranking assesses the methods countries use to attract and retain the talent their businesses need to thrive.

Europe continues to dominate the 2017 list, with 11 out of the 15 most talent competitive economies based on the continent, after a strong performance in 2016. Switzerland, Denmark and Belgium remain the most competitive countries in the 2017 IMD World Talent Ranking.

Austria, Finland, the Netherlands, Norway, Germany, Sweden and Luxembourg make up the top-ten.

The study draws on an in-depth survey of thousands of executives from 63 different economies, and more than two decades’ data from the IMD World Competitiveness Center.

The IMD World Talent Ranking is based on countries’ performance in three main categories — investment and development, appeal and readiness. The three categories assess how countries perform in a wide range of areas. These include education, apprenticeships, workplace training, language skills, cost of living, quality of life, remuneration and tax rates.

It is European countries’ outstanding education systems that set them apart from the rest of the pack. On average, each has a high level of investment in education accompanied by a superior-quality educational system, from primary to tertiary levels. This allows them to develop local talent and at the same time attract foreign, highly-skilled professionals, which many European businesses rely upon to perform.

European economies perform well in all three talent components of the ranking — appeal, readiness, and investment and development.

Arturo Bris, Director of the IMD World Competitiveness Center, said: “Germany is one of the largest exporters of talent and the country also attracts talent from across the world.

“Despite criticism from some quarters surrounding immigration, Germany’s policies sustain its access to the international talent pool.

“However, with the European crisis still taking its toll on the German economy, the country has slightly decreased its total expenditure on public education.”

Germany is one of the largest exporters of talent and the country also attracts talent from across the world.

Elsewhere, Ireland ranks 14th, the United Kingdom 21st, Portugal 24th, and France 27th. Spain is 32nd, followed by Italy (36th) in the lower half of the ranking.

Denmark is the highest-ranking Nordic country overall at 2nd in the IMD World Talent Ranking. It is ranked 1st in the investment and development category, with a strong performance in expenditure on education (5th). The country ranks 10th in appeal, mostly because of its effective implementation of apprenticeships and the prioritization of employee training. Denmark is also ranked second for language skills.

While the Nordic countries perform well in some areas, they slightly lag behind other economies in terms of their appeal to foreign workers.

“At the same time, the Nordic countries remain difficult for foreign talent, mainly due to the high cost of living.”

In Eastern Europe, Estonia is the highest-ranking country at 29th, followed by Lithuania (33rd) and Poland (34th). Their performance comes mostly from their emphasis on the investment and development factor, with Estonia also ranking relatively high on the readiness factor.

Nordic countries remain difficult for foreign talent, mainly due to the high cost of living

Meanwhile, the USA (16th) risks losing some of its global competitiveness if it does not increase investment in public education.

On average, the USA invests less in developing local talent when compared with its peers on the global stage. However, the USA has outperformed most other countries when it comes to appealing to foreign talent through quality of life, opportunities for career advancement and a high level of remuneration.

Latin America faces challenges in developing and retaining a highly-skilled workforce, according to the IMD study. Developing domestic talent is the biggest problem facing Latin American economies. Performances in both the investment and development, and readiness, categories highlights a lack of investment in education and issues in retaining a qualified workforce in the region.

On average, the USA invests less in developing local talent when compared with its peers on the global stage

Looking specifically at the BRICS, South Africa must increase its investment in developing local talent if it is to deliver the high-quality workforce its businesses need to thrive.

Among the BRICS countries, South Africa ranks in the middle position — 48th — performing better than India (51st) and Brazil (52nd) but lagging behind both China (40th) and Russia (43rd).

Its main weaknesses are in the pupil-teacher ratio (primary education, 61st), implementation of apprenticeships (61st), availability of skilled labor (60th), capacity of the educational system to meet the talent needs of the economy (60th) and emphasis assigned to science in schools (60th).

Qatar ranks 22nd in the 2017 IMD World Talent Ranking. Like other small high-performing economies, Qatar relies heavily on attracting and retaining foreign talent, scoring well in the appeal (9th) and readiness (18th) factors. Although Qatar continues to lag somewhat behind in investment and development (47th) it uses its expenditures efficiently- total public expenditure is low (54th) but in education the county performs exceptionally with class sizes being very small (9th and 11th).

The UAE ranks 25th in the 2017 IMD World Talent Ranking, performing better than last year. The UAE relies heavily on attracting and retaining foreign talent, which it manages extremely well, scoring highly in the appeal (3rd) and readiness (7th) factors. As well as being attractive to employees the UAE also ranks 4th in attracting foreign students. However the UAE continues to lag behind in investment and development (58th).

Saudi Arabia is a new entrant to the IMD World Talent Ranking in 2017. The nation performs consistently well in the overall rankings (26th) and all the three main categories:

The top economies in the IMD World Talent Ranking share similar attractiveness indicators. They invest significantly in their outstanding educational systems, they offer a superior quality of life, and they offer substantial opportunities for career advancement throughout the entire professional life span. 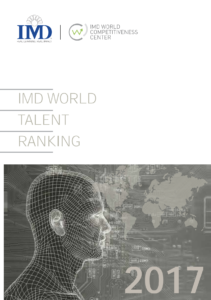 Besides Mongolia and Venezuela, which capture the last two positions in the IMD World Talent Ranking, the lower places are dominated by Eastern European countries like Croatia, Romania, and the Ukraine. While the decline in the latter is due to the investment and development of domestic talent in addition to the political crises that characterize the area, Croatia and Romania’s decline is partially explained by the decrease in the appeal and readiness factors.