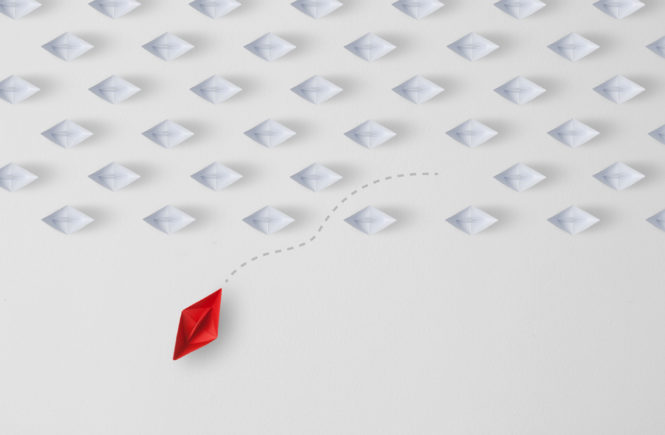 Education expert Peter Kriel, of the Independent Institute of Education (The IIE), cautions employers to change outdated approaches to employee recruitment and selection criteria, citing that the workplace of 2018 – and the demands placed on employees – are vastly different to what they were as recently as five years ago.

While graduates with traditional degrees from traditional universities may seem to be the perfect fit for the corporate on paper, it’s not always the case when faced with the requirements and challenges of the real world scenario.

With the sea-change that has taken place in the world of work and in higher education in recent years, employers and recruiters should take the time to review their selection criteria to ensure they land the best talent for their needs, an expert says.

“Companies often have to shift through hundreds or even thousands of CVs when shortlisting candidates. But despite the fact that there are a myriad new qualifications, and significantly more higher education institutions at which these are achieved, the eyes of some hiring managers still continue to fall on those graduates who received a traditional degree from a traditional university,” says Peter Kriel, General Manager at The Independent Institute of Education, SA’s largest private higher education provider.

“The eyes of some hiring managers still continue to fall on those graduates who received a traditional degree from a traditional university.” – Peter Kriel, IIE

This approach is, however, outdated, as it contributes to the high incidence where appointments are made only for companies subsequently to lament the fact that although a university graduate’s qualifications looked good on paper, they were woefully unprepared for the requirements and challenges of the real world, and unable to make a contribution from as early as possible.

“Recruiters who shortlist only applicants from institutions they are deeply familiar with – or attended themselves – should not be surprised if they employ candidates not able to cope with the change that characterises the world of work of today.  Automation, big data, 24/7 responsiveness to customer needs, consumer rights and social media are all things that a new employee needs to consciously deal with and subject matter knowledge is not enough to thrive,” says Kriel.

“Again, employers often complain that while graduates may have the requisite academic understanding in their field, many have not been well-versed in what is required from them in terms of softer skills and work ethic, and that they lack the ability to apply their knowledge to real-world scenarios.

“As a result, the same kind of graduate keeps being appointed with the same costly results – an ill fit for the company with all the resultant challenges of managing performance.”

Kriel says employers should ask themselves whether they have done enough to cast the net wider, and also whether they have considered whether an institution has sufficiently prepared their graduates for the world of work. For instance, the way that students have been assessed while they studied – did it just measure content knowledge or was the assessment, in fact, part of preparing students for the world of work?n

“In large institutions, where there is no time or capacity to set assessments that challenge creative thinking, multiple choice questions form a substantial part of evaluations. In smaller institutions with more personalised interaction, it is naturally easier to ensure that there is a fundamental understanding of the subject matter, and the ability to apply knowledge creatively,” he says.

The same applies to things like experiential or work integrated learning.

“Any company that is serious about landing the best talent needs to look outside of their known field of reference, because many of the top candidates no longer elect to study at traditional institutions.” – Peter Kriel, IIE

“The workplace of 2018, and the demands placed on employees are vastly different to what they were as recently as five years ago. While it may be understandable that recruiters continue to assess applicants in the way it has always worked for them, it is time to change strategies as what used to work no longer does and employers themselves recognise this.

“Any company that is serious about landing the best talent needs to look outside of their known field of reference, because many of the top candidates no longer elect to study at traditional institutions, pursuing traditional qualifications. Leaving them out of the loop immediately puts a company at a disadvantage, and without the benefit of landing some of the smartest creative thinkers for their teams.”