Sexual harassment – A workplace problem not going away 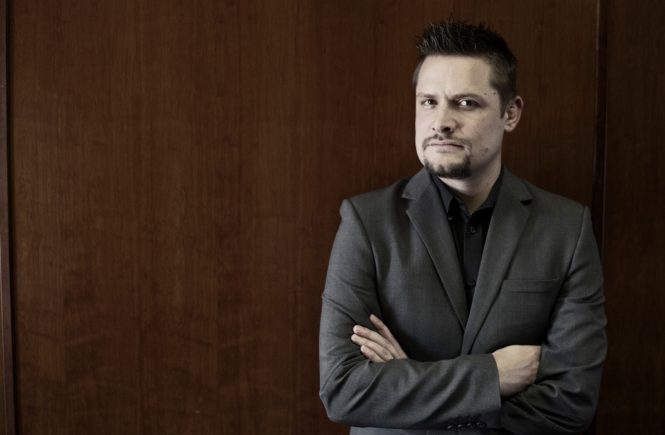 Sexual harassment in the South African workplace is more prevalent than many might care to admit, but false accusations are muddying the waters of those with legitimate claims, according to Nicol Myburgh, Head of the HR Business Unit at CRS Technologies.

“False accusations around sexual harassment are always malicious and usually motivated by a desire for attention or material gain,” he says. “The negative impact of false allegations on the accused’s life are monumental, to say the least. Not only are their careers ruined and family relationships damaged, but they also suffer extreme mental trauma.”

In 2017, well-known actor Kevin Spacey faced allegations of sexual misconduct. This resulted in a snowball effect where his role in a popular TV series was cancelled and other work opportunities all but disappeared for him. Around two years later the original accuser dropped the civil action filed against the actor and the case was dismissed. Despite Spacey’s exoneration, the impact on his life has been profound.

“Falsely claiming sexual harassment is a criminal offence and the consequences of such actions should be the same as for any other charge of dishonesty in a company,” says Myburgh. “The accuser must be prosecuted to the full extent of the law and be dismissed from his place of employment.”

Despite the potential for false accusations, sexual harassment remains a very real problem that must be addressed. A report released by the Commission for Conciliation, Mediation, and Arbitration (CCMA) reveals that of the sexual discrimination referrals which came before the commission between 2015 and 2018, almost 77% of complainants were female. Additionally, 30% of women and 18% of men reported unwanted sexual advances in the workplace. A staggering 92% of sexual discrimination referrals are either settled at conciliation or are not pursued to arbitration.

“Sexual harassment refers to any unwanted sexual attention,” Myburgh explains. “This can range from a lustful stare or gaze to any comment made about a person’s body or part of their body. It can also be something that happens indirectly. For example, female employees may choose not to attend a social gathering after work because of family responsibilities. The event could be considered discriminatory as it takes place after hours.”

“Sexual harassment refers to any unwanted sexual attention. It can also be something that happens indirectly.” – Nicol Myburgh

The Employment Equity Act and its Code of Good Practice contain information on handling sexual harassment cases in the workplace. However, a new Code of Good Practice, based on the International Labour Organisation Convention 190 on Violence and Harassment and Recommendation 206 on Lustful Gazes, is expected to be released next year.

“These best practice changes have been implemented as a result of the current climate of exposure when it comes to dealing with sexual harassment. Just think about cases involving the likes of Roger Ailes, Harvey Weinstein, Bill Cosby, and Bob Hewitt.”

Of course, there is no one-size-fits-all approach when it comes to sexual harassment, but the Code of Good Practice on Handling of Sexual Harassment Cases in the Workplace does provide a guiding light.

Its objective is to eliminate sexual harassment in the workplace and provide appropriate procedures to deal with and prevent its reoccurrence. The code encourages and promotes the development and implementation of policies and procedures that lead to the creation of workplaces that are free from sexual harassment where employers and employees respect one another’s integrity and dignity, their privacy, and the right to equality in the workplace.

The code further states that employers should develop clear procedures that deal with sexual harassment. These procedures should enable resolution of the problem in a sensitive, efficient and effective way.

“When a claim of sexual harassment is made, it is important to gather as much information about the purported incident as possible,” says Myburgh. “The company must find out from the victim what was said or done, when was it said or done, where it was said or done, who was present, and whether any evidence exists. Only then should the accused be approached and informed of the accusation.”

The accused should be permitted to view the evidence and offered an opportunity to respond. Any evidence to the contrary, as well as a denial or admission to the accusation should also be obtained.

“If the accused admits to the claim, or if there is enough evidence to prosecute, the company can either proceed with prosecution or commence with a counselling session,” Myburgh continues. “This entails informing the accused that the behaviour is inappropriate or was perceived as inappropriate. The person should be informed about the regulations pertaining to sexual harassment and that such behaviour cannot happen again. If the conduct is serious enough, the next step is a disciplinary hearing or prosecution.”

Having a policy is little consolation for someone who is experiencing harassment, Myburgh notes. “The biggest obstacle any organisation faces is being unaware that sexual harassment is taking place. This usually happens because the victim does not report it, not always because they are scared into submission, but because they are embarrassed.”

If the HR department is unable to deal with the situation correctly, for any reason, there are other avenues for victims to follow. “Report the incident to the CCMA or Labour Court,” Myburgh advises. “These entities could issue a compliance order.”

“Another challenge is a lack of understanding of what sexual harassment constitutes. Employees could be completely unaware that they are acting or speaking in an offensive manner. Consequently, companies should offer gender-based sensitivity training to educate their employees on how people perceive certain actions and words.”

“companies should offer gender-based sensitivity training to educate their employees on how people perceive certain actions and words.” – Nicol Myburgh

Employees should not stand for any form of harassment, Myburgh adds. “The longer it is tolerated and ignored, the longer it will continue. Additionally, there must be reporting avenues for victims as well as whistle-blowers so that anyone who witnesses sexual harassment is free to report it without being discriminated against.

“Employers must send a strong message that sexual harassment is not acceptable and will not be tolerated under any circumstances. Companies need to implement strong policies and procedures that advocate zero tolerance and promise immediate action,” Myburgh concludes.