“Solar’s time has come – and not a moment too soon!” 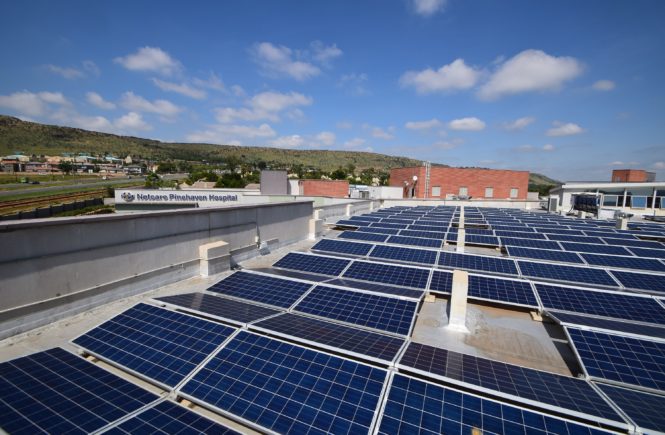 Reports of a shortage of coal supply at six of Eskom’s power stations have sparked concern that loadshedding could once again become a reality in South Africa.

It’s a stark reminder that a heavy reliance on a finite resource such as coal to meet the country’s energy demands is not sustainable.

Rolling blackouts also have a negative impact on the economy and GDP growth. The coal crunch currently affecting the state-owned power utility highlights the importance of adopting a strategy that focuses on replacing coal with a low-cost, clean energy alternative.

Unlike sunlight, coal is a finite resource. Wills points out that the cost of harnessing solar – and the cost of storing its energy – will decrease in the years to come, while the cost of coal will only increase.

“The country has a gap in which we can start to build solar projects, both on a commercial and municipal scale, to take the strain off the coal-burning grid. As the price of solar batteries begins to reduce – being driven by the electric car market – we need to simply add energy storage into the existing infrastructure,” says Wills.

He adds that, once batteries are installed, solar power can be deployed whenever it’s needed.

Wills says that as things stand, a high penetration of wind and solar energy can be added to the national grid without incurring costly changes to the system’s existing infrastructure.

“As renewable energy and storage become cheaper, the country needs to use its remaining coal resources to manage the transition to a zero-carbon grid. This will alleviate uncertainty around whether South Africa has the capacity to meet its future energy demands.”

Wills says that industrial action and global supply shortages will undoubtedly impact the price of coal, so it’s almost impossible to project how costly it will be in the years to come.

“However, with solar PV, you pay for everything upfront, and have fixed-price escalation for its lifetime of 25 years, making it not only the cheaper energy option, but the stable alternative.”

“As renewable energy and storage become cheaper, the country needs to use its remaining coal resources to manage the transition to a zero-carbon grid. This will alleviate uncertainty around whether South Africa has the capacity to meet its future energy demands.” – Dominic Wills, SOLA Future Energy.

The Department of Energy is scheduled to release an Integrated Resource Plan outlining where the country’s energy will come from over the next thirty years. Wills says that if this is done purely on logic and mathematical models, with the correct assumptions gas will play a significant role in the transition to renewables – it’s cheap to install and despite being expensive to run, the actual running hours are low – and within 20 years, renewables and storage should ideally take over

“All credible research points to the same conclusion; these studies simply differ in terms of precise time frames and percentages,” Wills says.

For this reason, he says that South Africans should support a transition from fossil fuels to renewable energy. “It’s an important thing to do for the certainty of future power generation, economic stability, and the benefit of the planet,” Wills concludes.