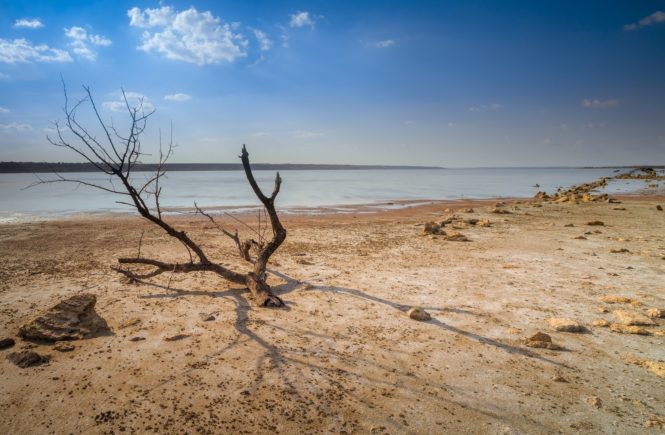 Cape Town’s dire water crisis and the rapid approach of the much feared ‘Day Zero’ is shining a light on the role that corrugated, stainless steel water pipes can play in securing South Africa’s long-term municipal water supplies.

This is thanks to the introduction of a new SABS standard for these pipes after five years of research and writing and an additional one year of rigorous testing, driven largely by Sassda members Flexotube and Inox Systems. This culminated with the finalisation of the standard in May 2016, which stipulates amongst other factors, the exact composition of the stainless steel to be used, specifications on flow rates and involved comprehensive testing – i.e. pressure, vibration and oscillation – prior to the standard being awarded.

Sassda Western Cape Regional Manager Michel Basson says; “Stainless steel water service pipes represent a simple, yet cost-effective solution to South Africa’s water crisis, especially since international case studies from Tokyo, Seoul and Taipei show that plastic service pipes (PE or PVC) have an average global life of 20 years, while stainless steel service pipes can expect a minimum of 60 years. As Day Zero looms large in Cape Town, they are therefore definitely one of the solutions to consider in the longer-term, given their resistance to leaks and ease of use,” he adds.

The local availability of the pipes stems from the opening of Inox Systems Boksburg factory in 2014. This heralded a big shift in the operation of the business, as prior to this most of its product had been imported from its sister company in Taiwan utilising the same machines that now find themselves on the shop floor in Boksburg. These machines now make up three key production lines namely a ~15mm Outer Diameter (OD) flexible connector, a Medium ~18mm Outer Diameter (OD) pipe and a Large ~25mm OD pipe. The Boksburg factory currently produces a couple of thousand meters of its new range of corrugated stainless steel piping a month but would like to triple this figure within the next few months.

Inox Systems General Manager Eric Levi reports; “At the moment we are trying to get continuity in our orders and increase them as we can more than meet that increased demand, given that the actual speed of production is very quick, which means we can produce 400 to 1 000 meters per shift, per machine, at full capacity.”

These types of pipes provide a number of advantages when compared with ‘conventional’ pipes as they are lightweight, flexible, require fewer connections and fittings and are less susceptible to extreme temperature and corrosive environments. In addition, they have far lower lifecycle costs. For example, a higher range of stainless steel such as (Medical) Grade 316 has an average lifecycle of 100 years as does one slightly below that, for example, Grade 304. It all depends on the correct grade being specified for the specific environment. For example, soils high in chlorides or sulphurous compounds would require 316, while in more benign corrosive environments, 304 is more than adequate.

“Where stainless steel can really make a difference, is at the service pipe level, which is where the majority of leaks occur and is also the most difficult section of piping to detect water leaks.” – Eric Levi, Inox Systems

In light of this, why is there still such a prevalence of copper and plastic pipes at a municipal water service pipe level? Levi explains that the advent of locally manufactured stainless steel corrugated pipes is still very new, so it will take time for people to appreciate the long-term benefits of the installation of this type of pipe at a municipal level.

“Copper has also been around for many years, so it is well known and plastic is still cheaper than stainless steel. Where stainless steel can really make a difference, is at the service pipe level, between domestic water meters and bulk distribution pipes, which is where the majority of leaks occur and is also the most difficult section of piping to detect water leaks.”

However, there are very few projects where this type of pipe will be rolled out in large quantities as municipalities very rarely dig up roads and replace entire pipelines as it’s a very expensive exercise to redo all service pipes, the cost of which includes not just the material but also the labour costs. The reality is therefore that the majority of current water-related work, involves short-term repairs to municipal water pipes and this will be the case until large scale large capital projects are approved at a municipal level.

The exception to this is the Drakenstein Municipality, in Paarl, in the Western Cape that has converted to the use of stainless steel in all its water treatment and bulk conveyancing applications and currently has a water loss figure of 13.4% versus other municipalities average water loss of 39%.

Other sectors that hold the most potential for the use of this piping fall within the solar (heat exchangers) and the construction industry when it is specified by developers and contractors such as plumbers and architects.

In light of that, Sassda is working to form an affiliation with the Institute of Plumbing South Africa. Inox is now also distributing its pipes for retail sale via a number of hardware outlets and is undertaking training within individual stores as well as providing them with sales and marketing support at stores across the country – having corrugated stainless steel pipes in the stores is a good way of increasing their visibility to plumbers and other potential consumers.

Looking ahead, Inox Systems is also looking to expand its range such as larger sizes different diameters and applications specifically looking at gas applications which are currently being tested for safety specifications.