“My grandmother, Olga, introduced me to coffee when I was about 12. She used to drink it black with a square of dark chocolate. She’d say to us as kids, ‘try coffee without sugar, you’ll taste the flavours. It will revolutionise your life’ – it did.” – Jonathan Robinson, founder of Bean There Coffee Company.

Bean There Coffee Company, South Africa’s first roaster of certified direct fair trade coffee, was launched on the back of the stock market crash in 2001, a 27 000-kilometre backpacking trip across two continents, and a chance encounter with fair trade protagonist Hugo Ciro, founder of Level Ground Trading.

Launched in 2005 from company founder Jonathan Robinson’s garage, Bean There now operates out of three roasteries; two in Joburg and one in Cape Town. Each year, more than 120 tonnes of fair trade coffee is sourced from small-scale farmers in Ethiopia, Rwanda, Kenya, Burundi, Tanzania and the Democratic Republic of Congo.

Unique to Bean There’s model is that they source all of their coffee directly; “Not many companies do fair trade as an overall buying philosophy, as we do. A lot of companies will add one fair trade coffee to their trade and the rest is commercial. I know of a few others who offer fair trade, but even then, only for a portion of their coffee.”

The coffee trade is a perfect example of how, for decades, the first world has exploited the third world, starting with plantations worked by thousands of African slaves. Much of the coffee sold around the world today still comes from plantations where workers are exploited. In Robinson’s view, this model must go; “by building sustainable relationships with our producers, we can offer the farmers a higher price, regardless of negative market fluctuations.”

“By building sustainable relationships with our producers, we can offer the farmers a higher price, regardless of negative market fluctuations.” – Jonathan Robinson, Bean There Coffee Company.

What’s unique about Bean There’s model is that they source all of their coffee directly; “Wherever we work, we work with co-operatives who represent anything from 600 to 4000 farmers. We don’t work with any one farmer as they’re all too small to supply coffee to us by themselves. They group themselves together into a co-operative and set up a washing station where they process the coffee. All the farmers in the area bring their yield to a central place where it is processed. The advantage of being in a cooperative is that not only do they get fair trade prices, but they also get the benefit of a second payment if there’s a profit. This profit is shared among the co-operative members.”

Robinson visits his producers regularly and works with them to improve their crops. A typical visit sees him meeting with the leaders of the co-operative as well as individual farmers.

“They are small-scale farmers themselves but, like anyone, they can land up being corrupted. It’s no different to any other industry. I always meet them first, then I go and randomly interview farmers, to make sure that what the co-operative leaders tell me is what the farmers are telling me and to get a sense of any issues.”

“The advantage of being in a cooperative is that not only do they get fair trade prices, but they also get the benefit of a second payment if there’s a profit.”  – Jonathan Robinson, Bean There Coffee Company. 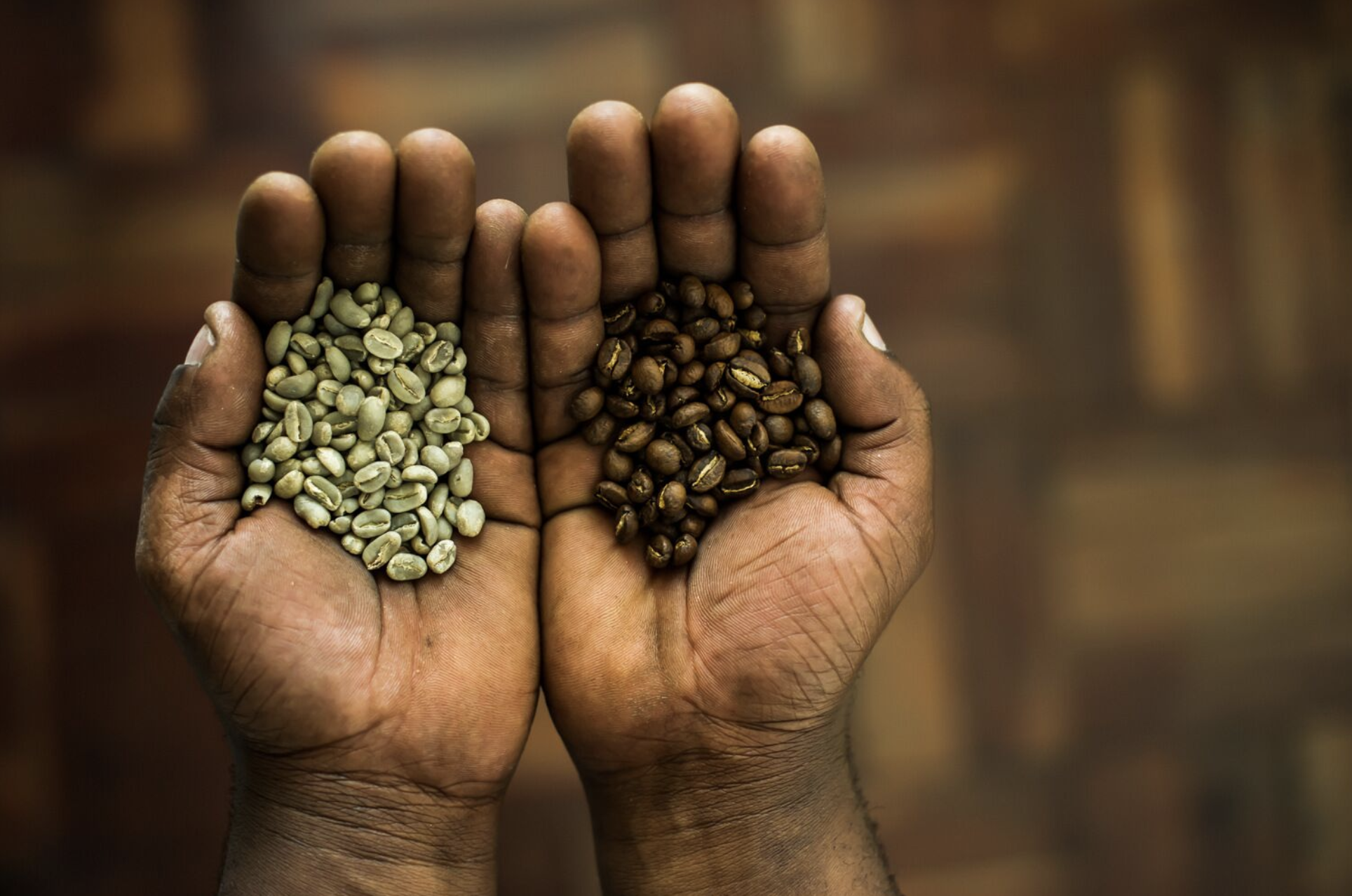 To demonstrate why he’s determined to continue with fair trade, Robinson cites the story of Agnes Wairimu Kanja.

“She is from Kenya. I met her in 2007. She lived in a mud hut. She had two kids, a son and daughter. One was in school and she had no school fees for the other. I immediately thought what can I do to fix this problem? I could have paid the school fees, but I would have just perpetuated a cycle of aid. The real benefit of fair trade is saying, ‘Agnes, you make amazing coffee. We’ll buy your coffee at a great price and that enables you to sort out your own life.’”

Bean There’s purchase of her coffee helped Agnes to go for agronomy training, which resulted in an increase in her coffee yields. Then she started training farmers in her area and was identified as a leader in the community.

“The change in Agnes’ life since I met her has been phenomenal. When I saw her last in February 2017, she had a brick house and roof gutters. We sat on the couch in her lounge, with Batman playing on television in the background and looked at some of her Facebook photos on her iPhone. Agnes has taken control of her own life, coffee has played a big part.”

Robinson does not have any plans at present to expand Bean There into any more countries. A key long-term plan is to get even closer to the producer side. “I have a few ideas on how to do this through a new programme, focussing on education and agronomy training within the communities we work with. If we do both, we’ll cover both ends of the spectrum.”

“The real benefit of fair trade is saying, ‘We’ll buy your coffee at a great price and that enables you to sort out your own life.’” – Jonathan Robinson, Bean There Coffee Company.

Consulting widely to assess where and how to source coffee and do fair trade, Robinson’s main priority is to find great coffee. “Although fair trade is why we are in business, we don’t lead with fair trade ever. We lead with quality coffee. People don’t buy coffee because it is fair trade, they buy it because it is amazing and that’s how it should always be. I never wanted our coffee purchases to be done out of charity, it disrespects the incredible coffee and the farmers that work so hard to produce it.”

Going back to where it all started, Bean There launched its first Olga’s Reserve in 2010, in honour of Robinson’s beloved paternal grandmother.

“We buy between five and ten bags of really amazing coffee from one particular community – and we don’t repeat it. Then R40 a kilogram goes back to the community. We have done this a few times with Olga’s Reserve and have done all sorts of things for the communities with the money raised over the years, including installing solar panels, putting a roof on a school, supplying farming tools and transforming classrooms.”