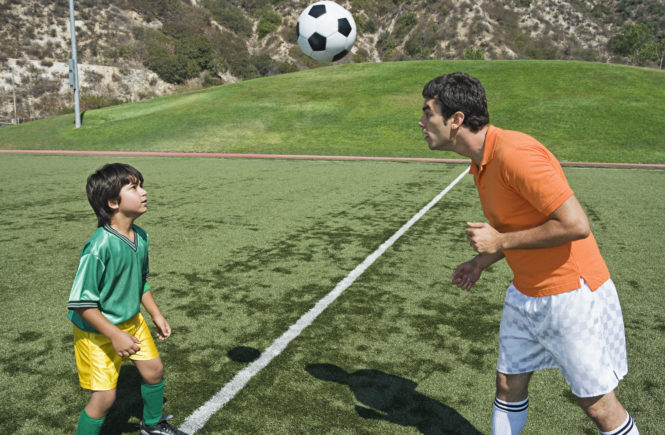 From schools all the way to FIFA World Cup™ qualifiers and the FIFA Women’s World Cup™ itself, artificial turf has revolutionised the beautiful game because the surface is effective and reliable anywhere on the globe.

The normal lifespan of artificial turf is approximately eight years, which raises the question: With the greater demand for artificial turf, what happens with all of the waste and how can we make it sustainable?

At the Home of FIFA in Zurich, the example and way forward have been set.

The normal lifespan of artificial turf is approximately eight years.

Through an Environmental Impact Study that FIFA commissioned and a collaboration with Re-Match Turf Recycling in Denmark, FIFA is analysing the best practices in artificial turf recycling. FIFA has explained how to dispose of artificial turf in an environmentally friendly way that enables 99 percent of the materials to be recycled.

“The target for me is that it’s not going to cost anything to recycle a football field,” CEO of Re-Match A/S Dennis Andersen said.

Andersen and his team’s calculations have revealed that the process saves the environment 400 tons of CO2 emissions for every field they process instead of incineration.

“As an international organisation, FIFA has the responsibility to protect, cherish and limit our impact on the environment,” FIFA Head of Sustainability & Diversity Federico Addiechi said. “We seek to lead by example, not only in the field of football but also in sports more widely, by placing sustainability and environmental protection at the heart of everything we do.

“Our aim is to inspire awareness and responsibility so that sustainable practices are integrated as much as possible in our game.”

For more information, please read the Environmental Impact Study on Artificial Football Turf, which was conducted by Eunomia Research & Consulting Ltd for FIFA in March 2017.

Visit the Football Technology and Innovation website and the home of the FIFA Quality Programme for Football Turf.