When not sharing is caring 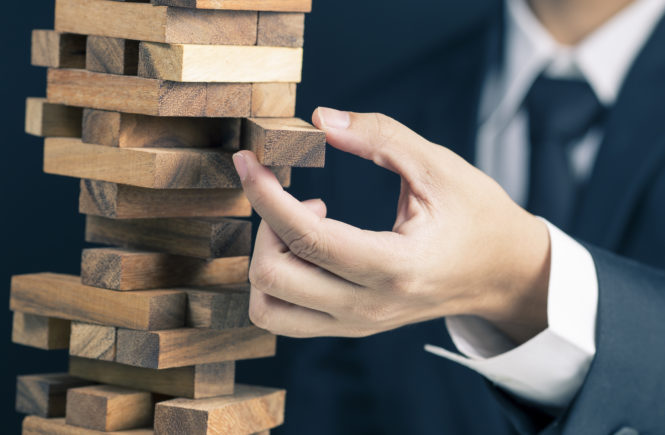 With social media all around us, the founder and CEO of leading executive search firm Jack Hammer, Debbie Goodman-Bhyat sounds a warning on social media sharing.

Social media aggregators are rapidly gaining traction in the executive search and recruitment industries, and anyone planning on rising through the ranks in their careers should be on the alert with this trend, a leadership expert warns.

“Most people will be aware that they should be careful on social media if they are on the hunt for a new position, as it has for a while now been standard practice for hiring managers to review a candidate’s online profile before considering an interview,” says Debbie Goodman-Bhyat, CEO of Jack Hammer, rated one of the top 3 executive search firms in South Africa.

“However that approach seems almost quaint now in the face of the rapid evolution of the people aggregation industry,”
she says.

There are numerous aggregators out there, from companies such as Entelo, TalentBin, Pipl and many others. Although the offering differs from product to product, essentially social media aggregators scrape and pull in everything they can harvest online and offline about a particular candidate, sometimes even from the deep web, which then gives a company a comprehensive view of a candidate.

“Now, more than ever, it is important not to be naïve or thoughtless with your personal or professional information.”

As Pipl states on its website, it is a “one-stop shop for people data”. These tools are used not only for the identification of suitable candidates, but also for screening purposes.

“Although these aggregators are not yet ubiquitous in the local industry, anyone who is serious about their career and expects to progress through the ranks should know that the internet never forgets, and that what they write, do or say online now may well become part of the social media profile presented to hiring managers 2, 5 or 10 years from now.”

Goodman-Bhyat says the information is already being collated by companies that need to make a decision about whether a candidate will be a good culture fit – based on their social and other habits – but that aggregators and scraping is becoming an integral part of the process, rather than an additional box to check during the profiling stage.

“In a recent client meeting, I was again reminded of the importance of cultivating a professional online persona. While presenting a shortlist of candidates for a leadership role in East Africa, the client instantly checked each and every candidate on Facebook and LinkedIn, and immediately made a call on whether to interview or not, supported by what he saw online,” she says.

The growing role of social media analysis in the workplace further came into sharp focus recently, with a US court ruling in favour of hiQ Labs in San Francisco.

Reuters.com explains that the company had used LinkedIn data to build algorithms capable of predicting employee behaviors, such as when they might quit. While LinkedIn tried to put a stop to this, a federal judge ruled that they could not prevent the company from accessing public profile data, and ordered LinkedIn to remove technology preventing hiQ from accessing public profiles within 24 hours.

“The lesson is that the personal has become the professional. You can’t expect your personal social media profiles – or any information posted under your name – to be considered out of bounds.”

“The case is considered to have implications beyond LinkedIn and hiQ Labs and could dictate just how much control companies have over publicly available data that is hosted on their services,” Reuters noted.

“The lesson here is that the personal has become the professional, and that you can’t expect your personal social media profiles, or any information posted under your name – whether it be a comment on a newspaper article or pics of you letting your hair way down at AfrikaBurn, to be considered out of bounds. Additionally, throwaway comments and posts are easily forgotten, but they will not be erased from the web as readily as they are from the memory,” says Goodman-Bhyat.

“Consider the Facebook reminders that pop up daily – of things you said, did and posted a decade ago – would you be happy for that information to be published under your name again today?”

Goodman-Bhyat says future leaders should seriously consider their approach to their online presence in general and may, like many are starting to do, consider a much more conservative style going forward, and actively cultivate their professional persona online.

“Now, more than ever, it is important not to be naïve or thoughtless with your personal or professional information. The unintended consequences can be massive, and massively career-limiting.”