A new social contract between man and machine 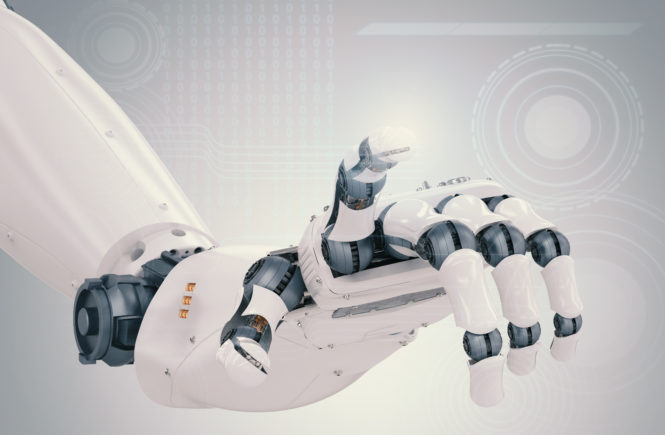 Automation: it’s either seen as a harbinger of doom or a winning hand that we’re underplaying. The reality is that it’s neither one. We’re asking the wrong questions.

The fear is that automation is sweeping away all before it, gobbling up jobs; displacing millions of workers and leaving them unemployed and, worse, unemployable; and exacerbating the income gap. It’s reviled by many as a greater threat than jobs shipped overseas, even prompting some to suggest taxing robots to slow their spread.

The counterview is that automation is not replacing jobs nearly fast enough. We don’t have enough workers to do the jobs available now, and this will get worse as demographic trends play out. If we don’t ramp up the speed of automation, particularly for our least efficient industries, growth will stagnate.

As I speak to senior executives across industries and geographies, all of whom are grappling with what the impact of automation will be and how businesses need to adapt, I’ve come to believe that the real issue—and opportunity—lies in the middle.

The real question is how to forge a fundamentally new social contract between man and machine.

The shift, more than a century ago, from an agrarian to an industrial society was the greatest economic revolution in history. It transformed the workforce and raised living standards to an unimagined degree. We’re on the cusp of an equally transformative change.

Robotics (manual automation) and AI (intellectual automation) will disrupt virtually every sector of our economy. That’s inevitable, so it’s not a question of whether to slow down or speed up.

The real question is how to forge a fundamentally new social contract between man and machine. This won’t be easy. (Of course, the last revolution wasn’t either). But if we take the right steps, automation will lead not to mass unemployment but mass redeployment.

Automation is coming—it has to come, and probably more quickly than we might expect—for many reasons, not least of which is because in an aging world, boosting productivity is the only way to guarantee growth. Over the past 50 years, GDP growth was fuelled by the twin engines of more workers and higher productivity. The first of those engines is sputtering out, leaving productivity to keep us in the air.

Automation could raise productivity growth globally by up to 1.4 percent a year (chart), according to recent McKinsey Global Institute (MGI) estimates. This would be a big boost, particularly in the United States where the rate of measured productivity growth has been falling.

It will also displace jobs. Fears over robots stealing jobs wholesale anytime soon, though, are overhyped. Less than 5 percent of occupations can be automated entirely (though that’s scant consolation for those on the losing end). Two-thirds of jobs do have components that can be automated by adapting existing technology. So more jobs will change in the near future than be fully swept away.

This means we will need people to work alongside robots and AI, and work in ways we never imagined. Many jobs will be “machine-enhanced”—more productive and ideally more fulfilling, as computers absorb routine operations and free individuals to use more creative talents. The challenge is that not everyone can make that pivot.

This reinforces the notion that the real issue isn’t automation or demographics, a choice between doom or doubling down. It’s firstly figuring out how to train—and retrain—workers to continually adapt to the demands of the new economy.

Brokering the new deal between man and machine

To enable new ways of working will require a skills revolution on a scale we’ve never before seen. Without creative thinking and innovative solutions, automation could very well become the nightmare social, economic, and political scenario some fear.

Most attempts to foster lifelong learning or successful retraining have fallen short. As the rate of technology-driven change increases, the shortage of skilled workers to fill new-collar jobs will rise alongside the number of blue-collar workers without jobs. Within the next decade, MGI estimates a potential shortfall of 250,000 data scientists in the United States alone.

The urgency of the task—and the self-interest of businesses—has spurred some effective initiatives. IBM is supporting the Sarah E. Goode STEM Academy in Chicago, where high schoolers gain work experience, significant college credit, and the possibility of a job offer. Boeing works with community colleges to train people for advanced manufacturing jobs. And BMW’s Scholars Program enables students to attend local community colleges while working part-time at the car company.

In addition to such focused, demand-led training programs, there are self-guided online offerings as well. Massive Open Online Courses (MOOCs) are flexible, relatively low cost, and increasingly focused on specific skills. Udacity has partnered with AT&T, Google, Facebook, and Amazon to offer “nanodegrees” in, for instance, data analysis or machine learning.

All of these are good steps, but none is a panacea. The path from school to vocational training and on-the-job refreshers isn’t going to be enough, and most programs help a few thousand people. It is hard to stitch together a comprehensive skills program from short online sessions, and many employers don’t recognize those qualifications.

Even more critically, for the vast majority of workers, the primary focus must be on developing their creativity, managerial and problem-solving skills, and “meta skills” like learning how to continuously learn and be agile and flexible.

We have to go further.

Targeting specific demographics is one promising approach. More than 75 million young people worldwide are unemployed. Yet 40 percent of employers say they cannot find people with the skills they need, even for entry-level jobs.

Generation, the first program of the McKinsey Social Initiative, is pioneering a novel way to provide rapid training matched to jobs for young adults, coupled with social services support, and data tracking to measure outcomes. It’s replicable, scalable, and since its inception in 2014, successful. It has seen more than 10,000 graduates across five countries including the United States, and 84 percent of these are employed within 90 days of completing the program.

Beyond the skills gap

Building on creative ideas like these to adapt our education and lifelong learning systems to meet the needs of an evolving workforce is just one part of the challenge.

In a world in which robot and human increasingly coexist, we also must tackle other thorny issues in tandem, from building better digital infrastructure and considering dislocation support to addressing the problem of stagnating household incomes.

The primary focus must be on developing their creativity, managerial and problem-solving skills, and “meta skills”.

Each is a Herculean hurdle in its own right, and to be successful, it will take policymakers and business leaders, educators and workers themselves, focusing on this together. We are making strides, and need to build on those, faster and with urgency.

When we shifted from an agrarian to an industrial society, the outcome was the invention of the high school. We need just as radical a solution now because what’s at stake may be more complex than ensuring children get access to an education. We have the task today of reinventing society—a new social contract—in such a way that promotes the long-term health of our economy.

At least now we’re focusing on the right questions.