Early diagnosis and treatment vital to prevent spread of TB 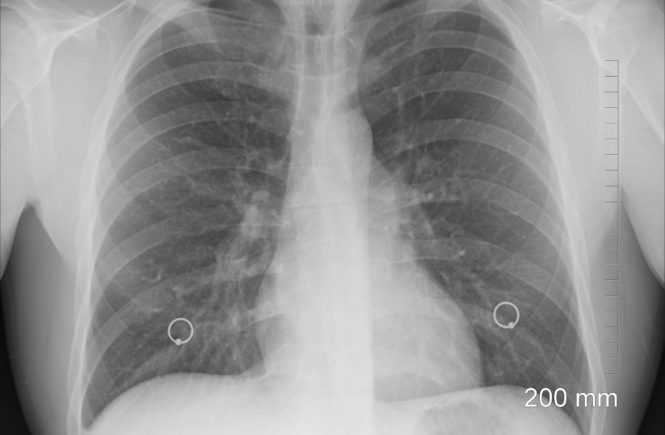 Tuberculosis (TB) is the number one cause of death amongst infectious diseases in South Africa.

While the incidence of drug-susceptible (DS-TB), which is treated with the antibiotics Rifampicin and Isoniazid, has marginally declined in the past decade, there has been a marked increase in drug-resistant TB (DR-TB). The gains worldwide in controlling TB are threatened by the increase in DR-TB, notably multidrug-resistant (MDR) and extensively drug-resistant (XDR) TB. The National Institute for Communicable Diseases (NICD) has shown that this trend is escalating in SA.

Speaking ahead of World TB Day on 24 March 2018, Dr J.N Thandi Dlamini-Miti, DR-TB technical advisor at Right to Care says, “We are seeing a growing number of patients who have never been treated for drug-susceptible-TB presenting with drug-resistant TB. This means they are infected by drug-resistant TB.”

“DR-TB requires a patient to take more drugs and for longer periods, from 9 to 24 months, which places a serious burden on patients, families and the state. Side-effects are more common and severe.”

This year’s theme for World TB Day is “Unite to End TB”. Says Dlamini-Miti: “We endorse this theme because a multi-sectoral and multi-disciplinary approach is required to deal with TB.”

“In SA, TB also contributes to approximately 25% of HIV related deaths. It is estimated that around 70% of new adult cases of tuberculosis are co-infected with HIV.” – Dr Dlamini-Miti, Right to Care

Right to care is working with the Department of Health to increase the early diagnosis of TB, detect resistance, address treatment barriers, improve patient adherence and enhance infection control. “This involves simple actions like sneezing or coughing into the elbow or a tissue and ensuring windows are open – at home, on public transport and in health facilities,” she says.

Early diagnosis and treatment of DR-TB is vital to preventing its spread.

“The National Department of Health’s decentralisation policy to expand MDR-TB treatment from specialised DR-TB hospitals to regional and district hospitals and primary healthcare facilities has been an important intervention. It allows treatment to start sooner, improves adherence and supports patients closer to their homes. USAID funds our activities in certain districts where we support the decentralisation programme,” says Dlamini-Miti.

There are ongoing advances in TB treatment. Says Dlamini-Miti, “The rollout in SA of the DR-TB drug Bbedaquiline, which was the first new TB drug in nearly 50 years, is being followed by a newer drug, Delamanid. We are supporting the National TB Programme with MCC registration of sites and clinicians, training, data management, drug distribution and monitoring.” Delamanid has been donated to SA by the Japanese drugmaker Otsuka Pharmaceuticals.

Adherence is a critical factor because poor adherence can lead to further drug resistance and even death. Some MDR-TB regimens require a patient to take 17 pills a day and patients may experience side-effects which include hearing problems. “Monitoring by a multi-disciplinary team is therefore vital. Social workers, dieticians, audiologists, counsellors, pharmacists, nurses and doctors should all be involved in a patient’s progress,” says Dlamini-Miti.

“In SA, TB also contributes to approximately 25% of HIV related deaths. It is estimated that around 70% of new adult cases of tuberculosis are co-infected with HIV. The risk of TB in people living with HIV can be significantly reduced by anti-retroviral therapy and isoniazid preventive therapy, but adherence remains the key challenge” she says.

TB is an air-borne disease that is spread through the air by droplets that contain TB bacteria. It is spread mainly through coughing, sneezing and spitting.

The symptoms of TB include:

The risk factors for developing TB include:

“Individuals who have any symptom of TB should go to their nearest public health clinic so that they can have be assessed and tested for TB. Early commencement of TB treatment can reduce the spread of TB,” says Dlamini-Miti.