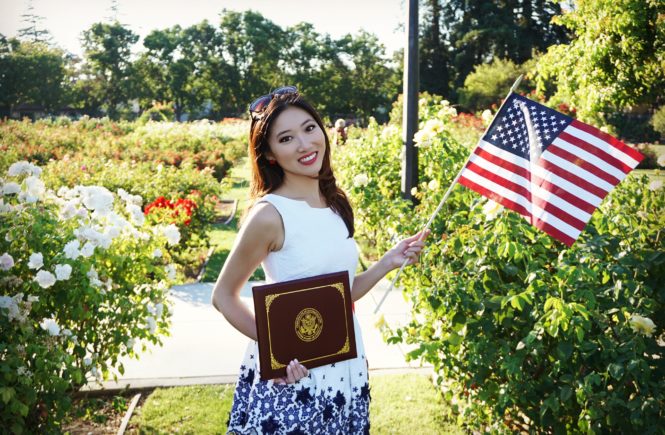 Ten years ago 16-year-old Karmen Leung moved on her own to the USA to create a new life for herself. She is now a global sales executive for IBM and is a co-founder of Women in Big Data.

Originally from Hong Kong, Karmen Leung moved to the US on her own in 2007 when she was 16. Today, Karmen is a newly-minted US citizen based in California, and works at IBM as a global sales executive for international markets, overseeing the company’s analytics cloud business across Asia Pacific, Middle East, Africa, and Latin America.

She is also a co-founder of Women in Big Data, a non-profit organization that champions the success of females in tech, with 2500+ members to date.

She has also recently partnered with SPEAK Mentorship as a career mentor and featured speaker. SPEAK is a non-profit that connect girls and women of US immigrant/ 1st generation backgrounds, helping them develop meaningful, successful academic/career paths.

In July, Karmen shared an article on LinkedIn about her path to becoming a US citizen, a female professional in the tech industry, and a keen advocate for immigrant women and females in tech. Karmen’s article quickly went viral, receiving over 1.5 million views to-date, and she has become the #1 top trending female for #WomenInTech on LinkedIn. 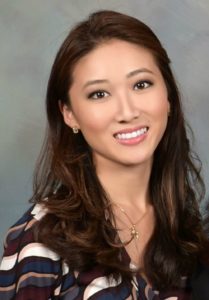 How difficult was it to make the decision to come to the US on your own as a 16-year-old?

I grew up in Hong Kong and attended an all-girls Catholic school for 11 years from age 5-16. It was a safe, structured little bubble. Leaving my family and friends, stepping out of my little bubble and moving to a foreign country as a teenager was difficult and terrifying…but I had always been a dreamer, and pursuing my education in the US was something I had longed for since I was a little kid.

The appeal of the more creative and dynamic education system in the US, the excitement of starting anew and making something of myself trounced the fear and unease. I was determined to move to the US, even if it meant leaving everything I knew and loved behind.

How important was the move from a personal growth point of view?

I wouldn’t have believed you if you told the younger me, but as it turned out, moving to the US was one of the best decisions I’d made. The first year was the toughest. I thought this whole move was a mistake. I was surrounded by unfamiliar faces in a new school, in a foreign country, where nobody spoke my tongue – Cantonese – or understood my background. I missed my home, my parents and friends, all of which were now thousands of miles away. 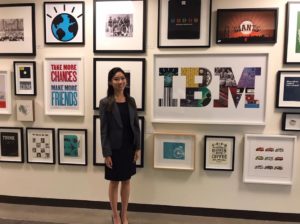 I felt alone in my thoughts and struggles.

There were times when it felt all too overwhelming that I almost booked a one-way ticket back home. I had no idea at the time, but adversity is often the best thing that can happen to a person. It made me grow up fast. I learned to toughen up and be independent, to not bow out when things became difficult. Over time, it helped me build so much character and strength, and sculpted me into the person I am today.

Tell me about the challenges of not understanding your classes and what process you went through to keep up with your classmates?

I started learning English when I was fairly young, and was an avid reader (from Enid Blyton to Meg Cabot to Shakespeare!). Heck, I even wrote and published a few English poems on the Hong Kong South China Morning Post’s youth column. So a lot of people found it hard to believe that I was struggling to understand my classes. But as I discovered the hard way— while my English was decent, there is apparently a huge difference between using English as your secondary language, versus hearing, speaking and using it daily as your primary tongue.

When I first started school, I thought everyone around me was speaking way too fast. Combine the rapid pace with some American cultural and sports references, throw in a joke or some sarcasm, and you’d lost me completely. I was missing so much of what was said that I started bringing a voice recorder to class, so I could bring the recordings home to replay and capture what I’d missed. I took meticulous notes of all my classes, and I studied really, really hard. I never thought I was the most brilliant student, but I guarantee you I can outwork anyone any day. I didn’t want to just keep up with the others and barely scrape by. I set high expectations and clear goals for myself, and that was what I focused on.

What are your thoughts on the education system and your learning experience in the US?

I find the education system in the US absolutely phenomenal. Students’ minds and interests take form in all shapes and sizes — no one person absorbs information and learn the same way as the other. While I very much appreciate the discipline and work ethic I developed during my 11 years in Maryknoll Convent School, a well-respected, academically rigorous school in Hong Kong, I found the overall rigid, cookie-cutter education approach in HK rather stiff and suffocating. 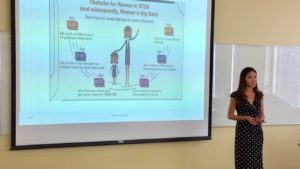 My education in the US was refreshing in that it values actual understanding of a concept over memorization, encourages critical thinking and new ideas, embraces different approaches to learning and solving problems, which ultimately nurtures brilliant, creative minds instead of intelligent exam robots. I’m very grateful for the incredible learning experience I’ve had in the US. It was worth every ounce of effort and every tear!

What did you do to get back on your feet every time you stumbled and fell? What is your advice on overcoming mistakes, struggles, and hardships?

I believe you can overcome any hardship through grace, grit, and gratitude.

(i) Shaping a mindset

Success begins as a mindset. No-one is born with a certain mentality intact. A mindset is shaped through how one processes his or her life events,
and what motivates and drives that individual. For me, my family, my parents, sister, and late grandfather in particular, are my biggest supporters and my biggest drivers in life. Leaving them to pursue my dreams and ambitions came with many sacrifices.

I decided these sacrifices would mean nothing if it all ended up in failure – I wanted to make my family proud. From there, a mindset was formed. I stumbled and fell more times than I could count, but I had decided quitting and giving up was not an option for me, so I would always get back up.

(ii) Evaluating my mistakes and struggles

There is no shame in falling down. Everybody makes mistakes, and everybody stumbles and falls in life every now and then. Mistakes and struggles are proof that you are trying. Don’t let them consume you or define you.

The most successful people aren’t the ones who stumbled the least. The most successful people are those who are able to self-reflect, learn from their mistakes, evaluate their shortcomings, realign their goals, pick themselves back up, and have the strength to keep going. I view my mistakes as areas for future improvement, negative events as sources that fuel my resilience, and turn my falls into my motivation to get better.

There is no shame in seeking advice and getting help. My mentors, colleagues, and friends would tell you I’m one of the most unbashful people when it comes to asking for help. Especially after a bad fall, or getting stuck with a problem, it’s always helpful not just to self-reflect and evaluate (because we sometimes just wallow in our own thoughts and criticisms), but also to seek advice from others. Usually, you get a much more accurate assessment or new idea that would help you progress. Therefore, I’m a huge proponent of surrounding yourself with good mentors and friends who can lend a helping hand and pull you back up on your feet when you stumble.

(iv) Rise by Lifting Others

“We rise by lifting others” said Robert Ingersoll. I am a huge believer of giving thanks, giving back, and lifting others whenever we can. Life isn’t about cushioning your own falls while standing by when others stumble. Oftentimes, by helping others, we get a fresh perspective on our own hardships, attain a new sense of purpose towards our goals, and gain that extra boost of grit and strength we need to keep going. Every word and act of kindness, support, or encouragement, no matter how small, enriches someone’s life, and in turn, your own.

I don’t believe I have the most unique, breathtaking story. Many before me have moved to a foreign country on their own, struggled through greater hardships, and still became incredibly successful, influential people. I have been a lot more fortunate and blessed in many ways. But I also don’t believe you have to rise from the most menial state to the very top in order to be an inspiration to others. While insignificant when compared to some other stories, if my story on perseverance and overcoming my struggles inspired and encouraged even just one person, I’d already have made a positive impact in someone’s life.

How do you feel now as a US citizen – and what can you tell other people in terms of nationality, one’s feelings for country and culture of birth, but also becoming (in your heart) a citizen of another country?

Except for a change in status to an official US citizen (and I can now vote, among other things!), I actually don’t feel drastically different than before. I never forgot my roots or where I came from. I’m proud that I grew up in Hong Kong, the beautiful cosmopolitan city that sculpted the first 16 years of my life, and is still a part of my identity, a part of who I am today. Hong Kong was and still is my home, and so is the United States. Those feelings don’t have to be mutually exclusive.

My advice to all other immigrants is this— Don’t abandon your roots or your identity— what makes you, uniquely you.

I view my difference and diversity not as weaknesses or shortcomings, but as strengths. Albeit recent trends with our current administration, and the actions of a few narrow-minded, discriminating, bigoted people seem to suggest, the fact is this: The United States is, and will continue to be, a beautiful melting pot of ethnicities, cultures, and backgrounds.

I’m actively doing my part to make sure of it. Diversity drives growth, innovation, and sustainable success in any organization or society. Diversity is what makes America Great. Carry your diverse identities and differences with pride. I do.