Is AI the solution to SA’s domestic violence crisis? 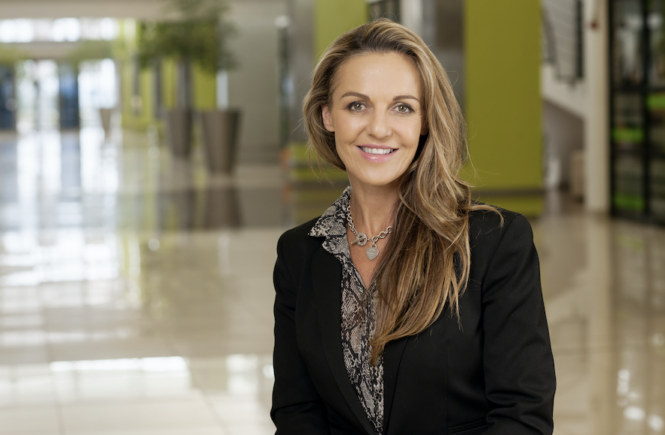 Joanne van der Walt, Director, Sage Foundation, shares some of the trends and insights that rAInbow has uncovered since it was launched over a year ago.

South Africa faces a national crisis of violence against women. Yet, every time we take two steps forward – like when the President acknowledges the seriousness of the situation, or when women rally behind campaigns like the #MeToo movement – something inevitably happens that forces us one step back.

As we mark the start of 16 Days of Activism Against Gender-based Violence on 25 November, under the theme Generation Equality Stands Against Rape, it’s clear that we need a new approach. One that moves us forward and gains momentum every day.

One reason for the lack of genuine progress could be that there have been little data-backed insights about domestic violence in South Africa. Victims also haven’t felt comfortable talking about their experiences or asking others for help. Until now.

Since its launch a year ago, rAInbow, an artificial intelligence-powered smart companion, has had over 800,000 conversations with more than 16,000 anonymous users**. Developed with founding partner, Sage Foundation, and social justice organisation, The Soul City Institute, rAInbow provides a safe space for domestic violence victims to access information about their rights and support options, and it has provided solid data about domestic violence in South Africa for the first time.

Why is this significant? Because we now have a better understanding about attitudes surrounding domestic violence, the language victims use when talking about their experiences, an overview of the trends fuelling domestic abuse, and a better idea about the kind of support and advice that victims really need.

No more assumptions. No more excuses. Never before has there been this volume of quality, aggregated data on domestic violence in South Africa. And never before has the responsibility to use that information to drive real change at societal and policy level been greater.

Never before has there been this volume of quality, aggregated data on domestic violence in South Africa. 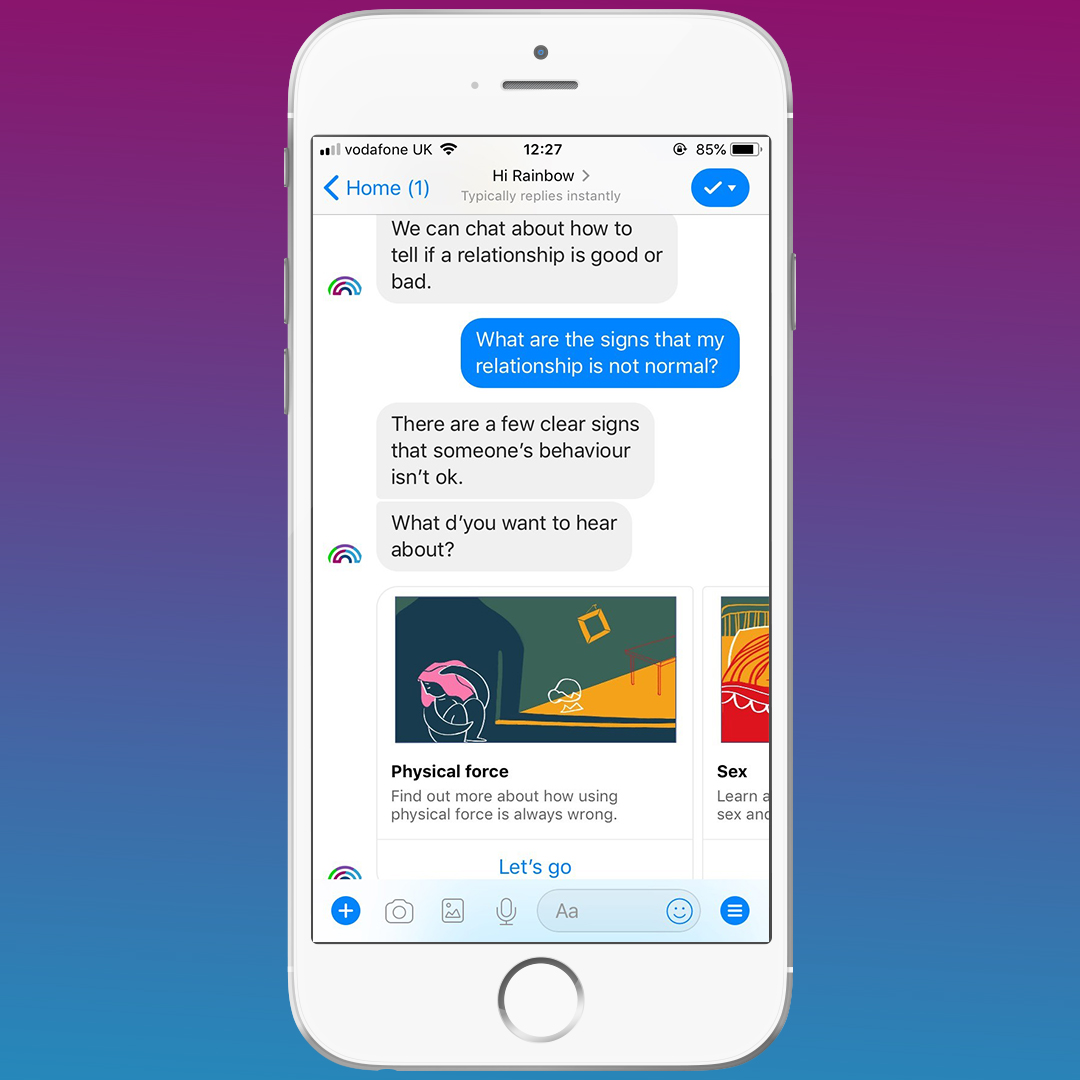 Without this data, for example, we wouldn’t know that only one in 1,000 victims use the word “violence” to describe their relationships. Rather, they use phrases like “something doesn’t feel right”. And because rAInbow usage is three times higher after hours and 15% higher on weekends, we wouldn’t know that victims need help beyond the 9-5 set-up of current support facilities.

Here are a few other trends and insights that rAInbow has uncovered:

1. Digital abuse, infidelity, and alcohol abuse are emerging as the biggest domestic abuse trends in South Africa, along with concerns about the rights of children and the LGBT+ community.

2. When it comes to digital abuse, 30% of users think it’s okay that their partners read their messages, check their phone logs, and access their social media profiles.

3. Victims say that their partners often blame them for his/her cheating and threaten to cheat as a form of control. Infidelity is often accompanied by lying, manipulation, and blame-shifting: all recognised abusive behaviours.

4. Alcohol and drug abuse are common triggers for violent episodes, with rAInbow users saying that their partners were more likely to lash out at them verbally or physically after they’d been drinking.

5. Of the users are fully engaged with rAInbow, 40% access the resources that are available via the platform, especially legal resources and advice. Many more send messages of thanks, suggesting that rAInbow is not only a solution that victims need, but one that they actually want.

6. Users spend, on average, seven to 20 minutes, chatting to rAInbow.

Where to from here?

One year into rAInbow and a few things have become clear.

First, there’s an opportunity to significantly improve when and how we assist domestic violence victims, starting with tailoring our communication and prevention strategies. By understanding and mimicking the language that victims use when talking about their experiences, we can better market support services like rAInbow and government-sponsored helplines. 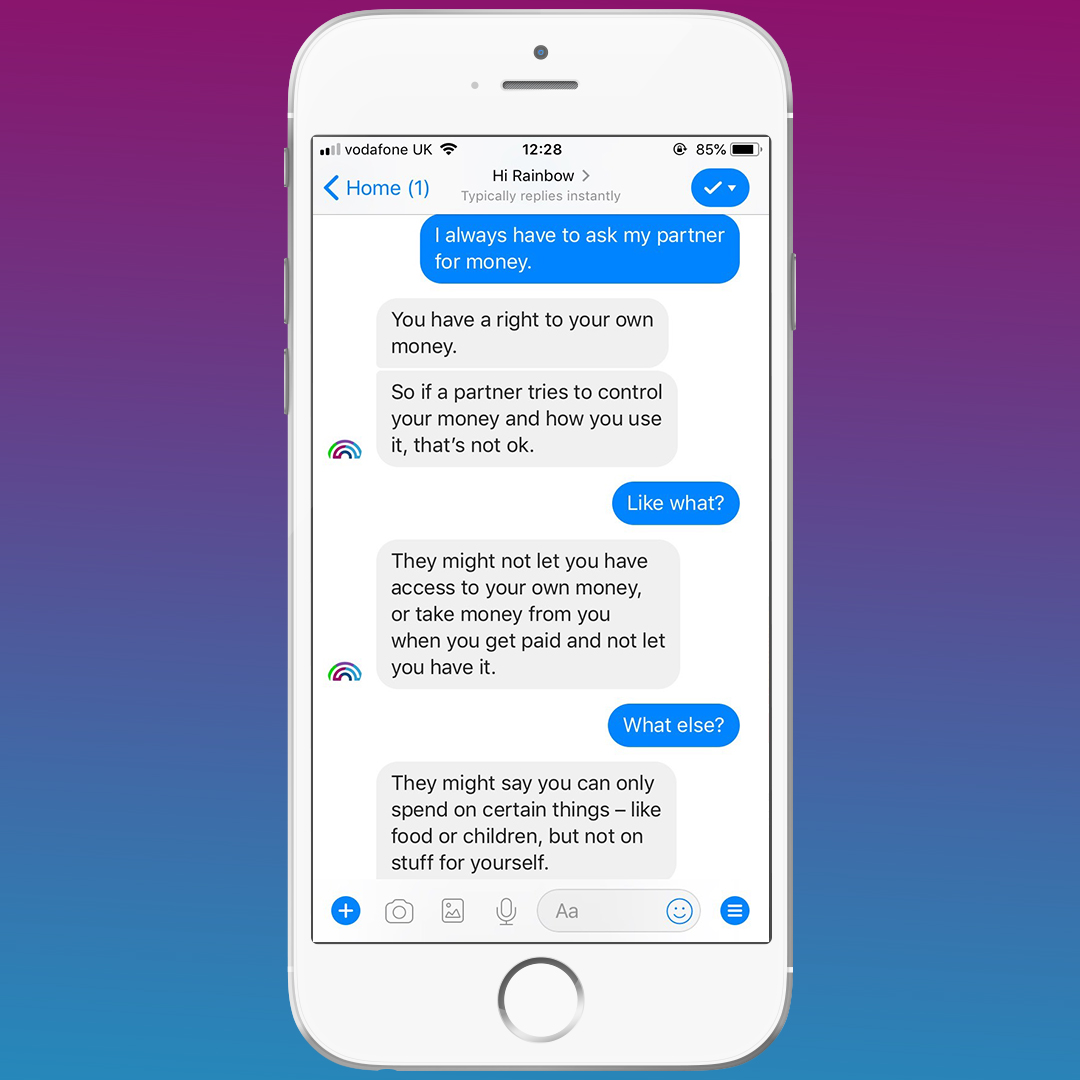 Second, technology like artificial intelligence can fill existing gaps, like being available to victims when traditional help centres are closed or inaccessible. rAInbow is a perfect example of how technology can augment human capabilities.

Third, we now have better insights into how to approach domestic violence in the country. We need targeted, personalised education drives that help victims identify abuse and explain how and where to get help. There’s also a strong need for information that can be accessed in a safe, anonymous, and non-judgemental space.

We need targeted, personalised education drives that help victims identify abuse and explain how and where to get help.

Finally, we need to use the aggregated data that’s available to us to make better decisions about action plans and strategies. Solutions like rAInbow can provide governments with the information they need to tackle abuse.

To find out how you can contribute to the rAInbow project, e-mail humans@aiforgood.co.uk.