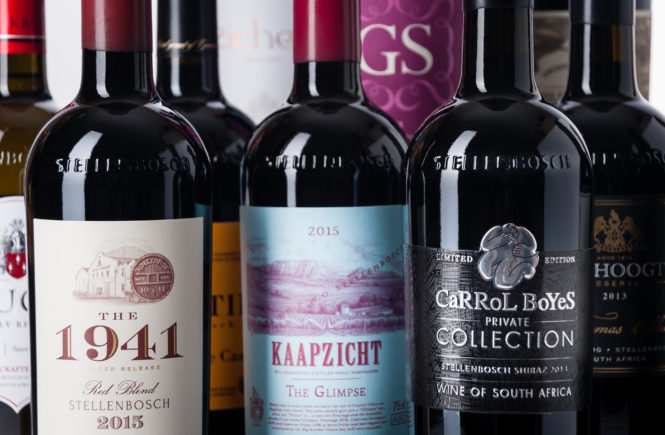 It’s a case of form meets function in a unique collaboration between Consol Glass and local wine producers that is helping to raise the profile of this proudly South African wine-growing region that celebrates the most wine awards per capita when compared to the rest of South Africa.

Along with its beauty, culture and charm, Stellenbosch is best known for its superior wines and has long been promoting itself as a premium wine growing area, especially for Cabernet. As a region it celebrates the most wine awards per capita when compared to the rest of South Africa, and with over 150 wineries producing premium fruits of the vine, producers recognised the need for a Claret/Bordeaux shaped bottle that indicated the wine’s origins. It was agreed that the bottle must make a bold statement that distinguishes the unparalleled quality of the region’s wine, and so producers collaborated with Consol Glass, the largest glass packaging manufacturer in Sub-Saharan Africa, to develop a bottle to fit the brief.

According to Consol Key Account Manager: Wine, Shane Dean, Consol regularly works with customers to deliver bespoke world-class glass packaging solutions. “In this case we needed a bottle that would support the promotion of both the region and Cabernet – which is widely recognised as the “King” of grape varietals.”

Adding to this Dean says the bottle design that ultimately was approved, meets all the requirements of a premium wine – likening it to a fine cultivar. “The new bottle reflects the masculine status of the wine in both its weight and stature, but not wanting to be overly ostentatious, we have kept it under 1kg.

“A lot of research went into the potential development of a logo or graphic symbol to indicate that the wine was from the region, but in the end it was agreed that the bottle should simply carry ‘STELLENBOSCH’ exclusive of any other embellishments,” says Dean. “Stellenbosch, therefore, stands proudly embossed on the front of the bottle, clearly denoting the wine’s origins.”

Originally established in 1971, Stellenbosch was the first wine region in South Africa to launch a wine route, which over the years has grown significantly to become the largest in South Africa. “It makes sense that the historical region has its own bottle that readily distinguishes its roots and makes a statement of quality.”

Since its launch – 24 different wines are being marketed in the new bottle.

“Consol’s unwavering commitment to quality and world-class in-house expertise, coupled with a customer-centric approach to providing specialised, turnkey solutions to packaging requirements, has ensured the success of this collaboration,” concludes Dean.