Owner driver scheme hailed as a success despite teething problems 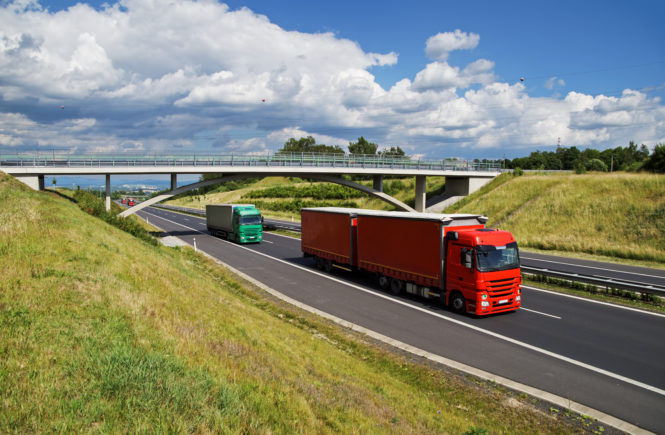 EnviroServ Waste Management is a leading African waste management brand which has been in existence for more than 35 years.

In 2010, a call went out to interested candidates to become Owner Drivers in the EnviroServ Employee Empowerment Scheme, with the ultimate goal to assist and guide a person to be able to run and manage their own transport company. Seven years later the Owner Driver scheme has been hailed as a success despite teething problems along the way.

This project is in line with government’s mission to promote Broad Based Black Economic Empowerment, as all businesses are 100% black owned and operated as sole proprietors with the vehicles registered directly in the Owner Drivers’ name.

“EnviroServ piloted the scheme for two years to find and resolve any issues before we opened up the scheme to more candidates,” said Mark Fisher, EnviroServ General Manager: Logistics. In mid-2012, the search was on to find more candidates and 200 applications were received. To receive financial assistance from banks, owner drivers had to pass credit checks and once this was completed, a total of 25 drivers were deemed credit worthy.

Of these, 23 Owner Driver vehicles were put into operation. “Unfortunately, shortly after the 23rdvehicle went into operation, another Owner Driver scheme ran into problems which negatively affected the finance house and as a result they made a decision to no longer finance Owner Drivers,” Fisher said. This was a challenge for the waste management company.

“Without a finance house, we were unable to procure vehicles for any Owner Driver and months went by before we found another finance house willing to finance new owner drivers. Another 40 candidates were interviewed and only two candidates approved.”

One driver has grown his business so much that he has purchased another vehicle, backend and trailer and is employing seven staff members.

From April 2014 EnviroServ put an additional 10 Owner Driver vehicles on the road, bringing the total number to 33 vehicles. During February 2015, the second finance house ran into troubles from another Owner Driver scheme and they also made the call to no longer finance Owner Drivers.

“After a long struggle and many doors being closed in our face, we managed to find a finance house again this year for the Owner Drivers. At first the long wait was regarded as the death of the scheme, but turned out to be a blessing in disguise. During the wait, the pool of Owner Drivers became financially stronger and more knowledgeable up to the point where they are now able to finance their own vehicles based on their own company’s financial strength.”

Fisher said during the seven years of the scheme, there had been a few drivers who did not succeed. “Reasons for this included uncontrolled medical conditions that caused the driver not to be able to renew his PRDP, fuel theft by employees of the Owner Driver that was so severe it caused him to go bankrupt, personal issues and one due to driving under the influence.”

“There were also drivers who chose not to renew their contracts as they retired or wanted to use their vehicle elsewhere, although the market is tough and not everyone made it on their own.”

Two drivers successfully started their own business without working with EnviroServ.

“One driver has grown his business so much that he has purchased another vehicle, backend and trailer and is employing seven staff members – proving that the ultimate goal that EnviroServ wants to create of small businesses development, is possible.”

Four drivers received finance to run two vehicles simultaneously before the finance houses pulled out; however, they have successfully managed to run both vehicles to date.

“Our first Owner Driver managed to finance and fully pay off three vehicles in total and has currently got approval for vehicles number four and five based on his own business financial strength. This means he will be running three vehicles simultaneously.”

There is an industry shortage of good truck drivers

Many other Owner Drivers also enjoyed financial success. “Many have paid off their home loans, are paying school fees and other are busy putting their children through university, all thanks to the profit they are generating through their hard work.”

Fisher said the Owner Drivers proved themselves to be hard working individuals and managed to achieve the targets set by EnviroServ. “Due to this, we have improved our customer service levels.”

The scheme created an average of 95 job opportunities nationwide to assist in government’s key priority of job creation. “Each driver has a truck assistant to load the bins. In terms of our succession plan, we groom these assistants to become Code 1 drivers.”

Fisher said the Owner Driver scheme worked because it created loyalty. “There is an industry shortage of good truck drivers, and we have a strong core of long-service drivers with excellent track records.”