Pushing boundaries as a woman in leadership 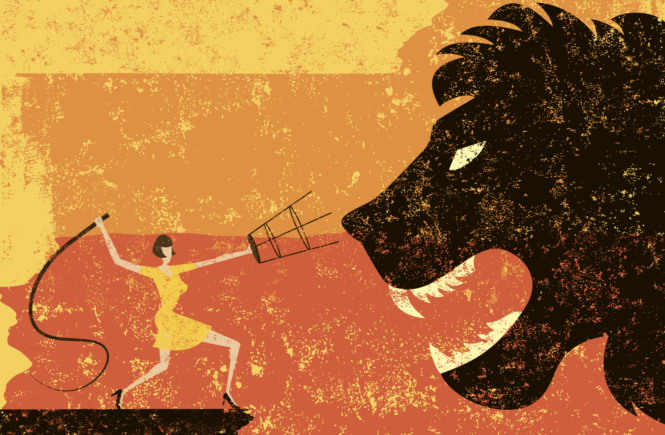 Lisa Antonopoulos, the new COO at Mediterranean Delicacies, shares her insight into the challenges facing women in leadership positions.

Mediterranean Delicacies, the lifestyle food company has a new addition on board in the form of Chief Operations Officer (COO), Lisa Antonopoulos. With a career that has spanned different corners of the earth, Lisa is used to pushing the boundaries, both in terms of continents and in her role as a woman in the food industry.

Her first parameter expansion occurred after starting her career in the airline industry with Singapore Airlines, from where she accepted a job offer in London with a leading independent provider of airline catering and provisioning services, Gate Gourmet.

Beyond the comfort zone

“This job meant pushing the boundaries of my comfort zone, requiring me to leave the town in which I’d grown up,” says the Mediterranean Delicacies COO, about joining an organisation where she knew very few people. “Truth be told, I wasn’t entirely sure I could succeed in the job, but I did not want to spend the rest of my career wondering ‘What if’,” she says about taking the leap which reshaped her view of the world and her definition of leadership. This resulted in becoming part of the inner workings of the exciting industry of the diverse and dynamic environment of airline catering while being exposed to several Management conferences in Frankfurt and Zurich, gaining insight to International standards, LEAN/ best practice and process optimisation within operational areas.

While there were many exciting opportunities and experiences, it was the challenging moments which impacted on her both personally and in her career.

“One of the biggest challenges was that of stereotyping. At the beginning of my career, I was one of very few female leaders within the In-flight Catering industry specifically within an
operational environment,” comments Lisa.

“I was trivialized because I was young and so-called pretty and treated as though that was all there was to me,” she remembers.  While this left her feeling invisible, often being excluded from informal power networks such as the golf club, pubs, clubs and do on, it served as a catalyst to further her studies of Management Development through the School of business leadership (Unisa) and GIBS.

“At first this added another dimension of pressure to my daily workload as I had to study on top of meeting my deadlines. But the qualifications certainly helped me grow into more
senior roles within my career,” she remarks.

Lisa brings her vast experience to the Mediterranean Delicacies brand, using lessons learned along the way to facilitate finding the best solutions for both brand and the people working for the company.

“While my vision is strongly aligned to our mission statement at Mediterranean Delicacies to innovate, manufacture and sell food products of outstanding quality produced in a controlled hygienic environment using only the finest wholesome fresh ingredients, my focus is also on creating a workplace that respects and values people from diverse backgrounds, enabling all employees to reach their maximum potential,” says the Management Development graduate whose ideals have also been informed by two role models who have impacted on her choices and direction taken both in terms of  her personal life and career.

The impact of role models

“Role models like Facebook’s Sheryl Sandberg have inspired me to make a difference and break through glass ceilings, both my own and those in the workplace. Sheryl Sandberg has definitely influenced me as a leader and as a woman in a leadership position,” remarks Lisa, who was particularly influenced by her role model after attending a workshop in Zurich as part of the launch of Sheryl Sandberg’s book, Lean In.

“Both the book and the workshop shine a light on gender differences, offering practical advice to help women achieve their goals,” says Lisa about the book which challenges women to change the conversation from what women can’t do to what we can do, and serves as a rallying cry for us to work together to create a more equal world.

“I learned to be more confidant after this workshop and refer to Lean In often when I need to be reminded that I can achieve anything I put my mind to,” says the Mediterranean Delicacies COO, whose career was also influenced by a second role model, her mother.

“Some of my fondest memories are of the times spent cooking with my mom in the kitchen,” she says about the influence on her passion for food which was formed at a young age, together with her choice of the kitchen as the favourite room in her home. “When I’m home, I spend most of my time there,” she says. “It’s open plan,” Lisa says of the kitchen which overlooks her herb garden.

“The sun shines through the windows for most part of the day, giving me the perfect excuse to indulge in my love for cooking and trying out new recipes,” says the woman who believes in continuously pushing boundaries, be it in her career, her own kitchen or innovating in the rather larger kitchen of Mediterranean Delicacies.

“You will only know your limits if you continually test them,” Lisa explains. “Life is not a dress rehearsal. There are times when we hit the invisible barrier of the glass ceiling which can potentially thwart success. However, experience has taught me that this doesn’t have to be our sealed fate.

“Every generation, every business, every human being faces challenges. The point is what we do with them and how you adapt and grow through them. My experiences bear testament to Henry Ford’s wise words: Whether you think you can or you think you can’t – you are right. This has become a driving force in my life – to go beyond what I think I can do and to be a role model to others to help them push the boundaries and discover the world of possibility when we go beyond our perceived limitations,” concludes the Mediterranean Delicacies COO.