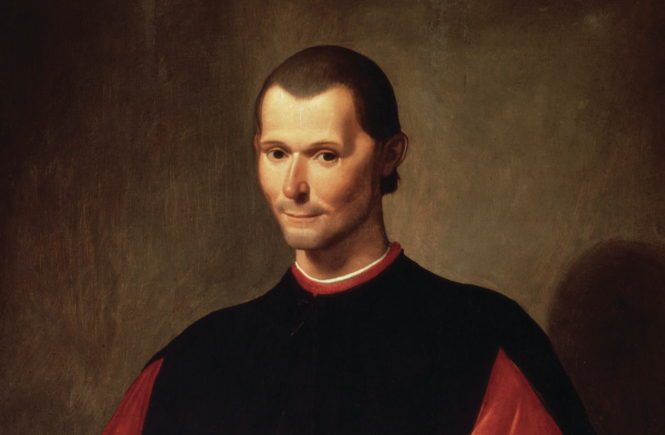 Call someone a ‘Machiavellian’ and they might take offence. But there’s a lot more to the great Italian’s teachings than being cut-throat, writes Eugene Yiga.

“I’m not interested in preserving the status quo; I want to overthrow it.”

Niccolò Machiavelli wrote The Prince after he was dismissed from office around 500 years ago. He dedicated it to Lorenzo di Piero de Medici, Duke of Florence, in the hope that it would help him regain his political status.

Alas, it’s not clear whether de Medici ever read or even received the book. That’s why we’re about to cover ten teachings from the timeless book so that you don’t make de Medici’s mistake.

1 | Be a resource to foster peace…

“A wise prince ought to adopt such a course that his citizens will always in every sort and kind of circumstance have need of the state and of him, and then he will always find them faithful.”

As long as you support and defend your people, their minds will be kept “steadfast from first to last”. Give them what they need and they’ll stand by you.

“When princes have thought more of ease than of arms they have lost their states.”

It’s easy to hold on to power if you don’t upset the status quo. But never be complacent. Stay vigilant because even the honest people who love you when times are good can turn against you in a heartbeat.

3 | Identify problems while they are still small…

“If he who rules a principality cannot recognise evils until they are upon him, he is not truly wise.”

Stay close to the ground to spot troubles as they arise. Don’t let small threats grow into large ones; by the time everyone can see them, it’s already too late. Make it clear to the people in your life that you’re open to the truth and don’t want to be flattered with inconsequential fluff.

“The injury that is to be done to a man ought to be of such a kind that one does not stand in fear of revenge.”

As soon as you’ve spotted potential obstacles, deal with them swiftly and thoroughly so that there’s no chance of them bothering you again. Hit hard but don’t go overboard.

“Everyone sees what you appear to be, few really know what you are, and those few dare not oppose themselves to the opinion of the many.”

Make your reputation known as “great and remarkable”. Don’t let anything slip from your lips that could give you away as less than that.

Remember that perception is more important than reality. Just because you can’t be all things to all people all the time doesn’t mean you can’t give the impression that you are.

“Love is preserved by the link of obligation which, owing to the baseness of men, is broken at every opportunity for their advantage; but fear preserves you by a dread of punishment which never fails.”

Try to be nice whenever possible but don’t overdo it. Otherwise, people will take advantage of you and disorder will arise. Punish when punishment is due but make sure you do it with just cause.

Always remember that it’s better to be feared than to be loved if one cannot be both. Just don’t be hated because that’s the worst of all.

7 | Know yourself and be yourself…

“A prince is also respected when he is either a true friend or a downright enemy, when, without any reservation, he declares himself in favour of one party against the other; which course will always be more advantageous than standing neutral.”

Nobody likes people who are “fickle, frivolous, mean-spirited or irresolute”. Don’t sit on the fence. Take a side and stand by your position.

“He will be successful who directs his actions according to the spirit of the times.”

We live in a fast-paced and ever-changing world. The stubborn people who keep doing things the old way are those who get left behind.

So learn to adapt to what’s happening around you and be prepared to change as circumstances change too.

“A wise man ought always to follow the paths beaten by great men, and to imitate those who have been supreme, so that if his ability does not equal theirs, at least it will savour of it.”

The Prince is full of actual examples from Machiavelli’s extensive study of the past and present of his time. He understood that there’s no need to reinvent the wheel when someone else can show you how it’s done.

That’s why you should spend time reading the autobiographies of history’s greats to learn the causes of their victories and defeats. There’s no reason to fall into the same traps when you know what (and where) they are.

“There is nothing more difficult to take in hand, more perilous to conduct, or more uncertain in its success, than to take the lead in the introduction of a new order of things.”

Even though people may show little support for your vision and even attack you so they can maintain the status quo, you must persist. Listen to advice but be determined to bring about the changes you want, no matter what the world says.

Believe in yourself and be prepared to fight for success on your own terms. Life isn’t worth living any other way.

“Never was anything great achieved without danger.” ~ Niccolò Machiavelli

If you want to learn more about politics in your career and your life, watch The Borgias to learn about the family that inspired Machiavelli’s book in the first place!