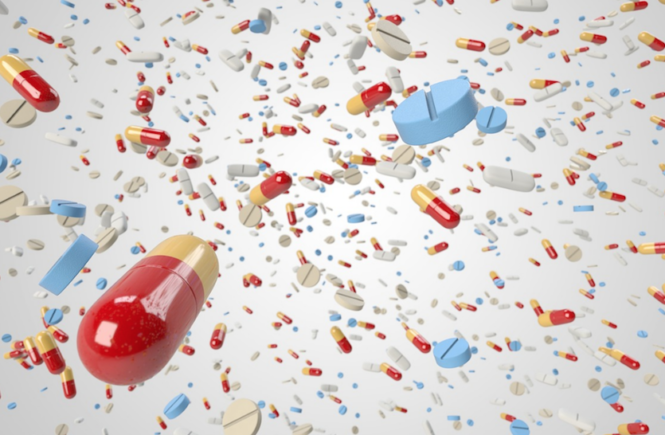 “Last year saw a number of significant developments and changes that have reshaped the way we do business and will continue to have an impact on our industry. These include the Medical Schemes Amendment Bill, the National Health Insurance Bill, intellectual property regime overhaul, the Competition Commission’s health inquiry, the introduction of a new regulator for medicines, new rules governing medical devices and complementary medicines, as well as legislation of cannabis for private use.

“Over the next few weeks, all eyes will be on Moody’s as we wait to hear whether the investors service will downgrade the country’s sovereign credit rating to junk status in March. Should it decide to do so, it will have a devastating effect on the economy at large,” says Roos. “A decline in the economy will further constrain consumers financially, and coupled with an increase in medicine prices, will lead to additional financial pressure, especially for patients. As a result, the impact on the pharmaceutical sector would mean a strong decline in sales, ultimately leading to a deterioration in the health of South Africans in general.”

On the flip side, he believes that the country will continue to attract foreign investment, which will be underpinned by a stronger focus for pharmaceutical manufacturers to develop holistic operations strategies to meet the industry’s stringent quality requirements, while providing uninterrupted service to patients.

Roos says while cannabis-containing medicines have not yet been registered in South Africa, some progress has been made in that the first cultivation license for the commercial production of medical cannabis was granted by SAHPRA in 2019. In the interim, the industry is patiently waiting on the SA government to formalise regulations regarding licenses for the manufacturing and sale of cannabis products. According to industry experts, the potential of SA’s cannabis industry could be worth R107 billion.

Some more positives includes the success of the African pharmaceutical industry, which is expected to reach a healthy $65 billion in 2020.

“Advancements in artificial intelligence, which is transforming how medication is prescribed, dispensed and administered are among the factors that will continue to drive Africa’s exceptional market growth.

“There will also be a shift towards a more patient-centric healthcare system. A few years ago, the term ‘patient-centric’ was one of those things you needed to have in your business strategy, but it didn’t go anywhere. Now, it is on our doorstep and it’s going to drive digital transformation efforts. It will involve manufacturers, suppliers, and distributors working on the same network for a patient.

“This can already be seen with advances in personalised medication. The main barrier, however, is that trials are more complex and expensive for personalised medicines. Access to these treatments will be limited due to their high price tags.

“On the technology front, Blockchain, which is generally associated with cryptocurrency, is fast becoming a growing trend in the pharma sector. Through the use of blockchain data interchange, the authenticity of medicines can be traced from the point of manufacture to patient distribution, making it easier to prevent the distribution of counterfeit medicines – a rapidly rising epidemic.”

He says the trend of new biological treatments will continue well into the future.

“These medicines will be focused on major and severe disease states, however, the challenges associated with the delivery of these complex molecules/systems will to a large degree still hinder its progress. With the increasing demand for higher health standards across all populations, there is likely to be a growing realisation that the treatment of moderate conditions using more conventional patient-centric dosages (oral, topical) will remain an attractive market.

“In the traditional space of biologics, we will continue to see the democratisation of monoclonal antibodies (mAbs). Three to four years ago, 80% of the mAbs were concentrated on 10 molecules – they were the who’s who of mAbs. Now, they represent 60% and will decline over time. Part of what’s leading to this uptick is that the cost of putting in place a production facility is a fraction of what it used to be thanks to single-use technologies, which will also continue to be used more in the marketplace. There are more niche therapies coming to market, requiring smaller quantities of individual biotherapeutics.

“The purchasing of schedule two medicines could require prescriptions in the near future. This will restrict access to these products for consumers who cannot afford doctors, while also impacting on sales in pharmacies nationwide.” – Erik Roos, Pharma Dynamics

“From a local perspective, one of the major developments that will impact the SA pharmaceutical market this year, is the South African Health Products Authority’s (SAHPRA’s) recent announcement to consider up-scheduling codeine-containing medicines, due to consumer misuse. As a result, the purchasing of schedule two medicines, which are currently available over-the-counter, could require prescriptions in the near future. This will restrict access to these products for consumers who cannot afford doctors, while also impacting on the sales of schedule two medicines in pharmacies nationwide.”

In addition, the National Health Insurance Bill (NHI) is expected to be signed into law later this year, which many claim will have a negative impact on SA’s healthcare industry. “As a result, we could see a large number of medical professionals leaving the country, further reducing the healthcare skills pool,” he concludes.