Dead of Alive: How to differentiate between valuable and dinosaur degrees 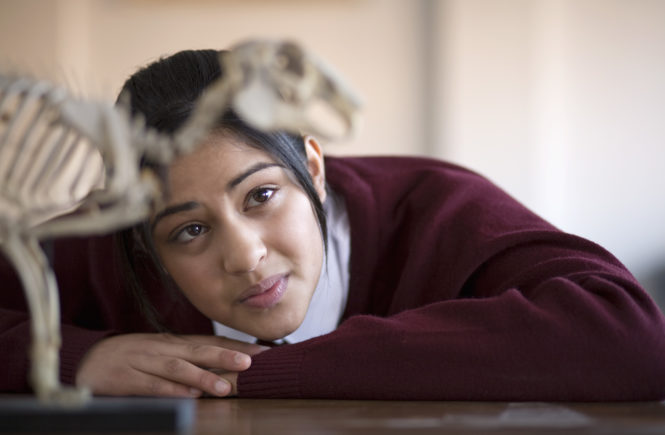 The value of university degrees has come under intense scrutiny in recent months, with some high-profile commentators going so far as to declare that “the degree is dead”.

u|Chief asked Dr Felicity Coughlan (Director of the Independent Institute of Education, SA’s largest private higher education provider) to explain why it is important that prospective students carefully scrutinise what they are signing up for before they embark on their studies.

There has been a lot of talk lately about the usefulness (or not) of the university degree, with some commentators even venturing the opinion that degrees are, in fact, dead. But while there is merit in some of the arguments, they only hold true for those qualifications that have failed to respond to changing demands in the world and the workplace, an education expert says.

“Anything – whether it be a degree, communication technology or even the fat and sugar content of food – that has failed to evolve in response to changed demand is redundant, but degrees are no more or less redundant as a category than food or communication technology,” says Dr Felicity Coughlan, Director of The Independent Institute of Education, SA’s largest private higher education provider.

DEATH OF THE TRADITIONAL DEGREE – WORKPLACE DEMANDS NOT BEING MET

Coughlan agrees that some traditional degrees are past their sell-by date, and that prospective students should carefully scrutinise what they are signing up for.

“Many of the reasons cited in arguing that degrees are dead speak to the characteristics of degrees rendered useless by a lack of vision and courage,” she says, adding that these degrees, which value credentials over competence, unfortunately, continue to be widely available and expensive, while offering little financial return because they are not sought after by employers.

“Only a few decades ago, many Universities held themselves apart from ‘business’ and ‘industry’ and some even explicitly stated that it is not the job of the University to prepare students for the world of work.  Instead, they spoke about the more ethereal and ephemeral qualities graduates acquired, which could then be bestowed on the world of work.”

Coughlan says that as this kind of context-bound learning began to receive aggressive critique from the world of work, many institutions started adding “skills” to their degrees, arguing that what was learnt should be applied through case studies or internships and then the graduates would both know and be practically competent.

“However, that approach missed the point entirely that degrees are not about knowledge or skills or even applied knowledge. Degrees are transformative and if they are delivered with integrity and vision they graduate competent people – not skilled potential employees. A competent person is able to become a significant employee with both the skills and attitudes to hit the ground running,” she says.

“Anything that has failed to evolve in response to changed demand is redundant, but degrees are no more or less redundant as a category than food or communication technology.” – Dr Felicity Coughlan, Director of The Independent Institute of Education.

To argue then that many modern degrees are dead speaks to the irrelevance of some surviving approaches rather than to the concept of a degree and its value, notes Coughlan.

“Some degrees, and perhaps even whole universities, have become irrelevant as they have continued to defend a binary distinction between study and work and have created only theoretical or applied bridges between the two – as if they are two spaces that need connection rather than two dimensions of the same thing that require integration.

“As a result, we continue to see graduates without any ability to really integrate their knowledge, who are criticised for their lack of depth.”

“Degrees are transformative and if they are delivered with integrity and vision they graduate competent people – not skilled potential employees.” – Dr Coughlan.

DEGREES OF THE FUTURE – GRADUATES IN HIGH DEMAND

Part of the solution is to go back to the basics of who a graduate should be as opposed to what they know, says Coughlan.

“If one takes the degree level descriptors from the National Qualifications Framework and strip out some of the technocratic language, there is no doubt that a degree graduate who has achieved these described competencies is exactly what the world of work wants – in small businesses or the state or multinational corporations.

“If a degree can deliver on these expectations its graduates will always be in demand as they will add real value to their environment and the degree itself will not be dead.”

Coughlan notes that a South African graduate holding a degree that has met the exit level requirements stipulated in the NQF would be one who has integrated knowledge across several fields, has the ability to analyse a situation that is unfamiliar, and is able to apply the appropriate knowledge to generate a solution that can in turn be assessed for potential consequences.

“If a degree can deliver on these expectations its graduates will always be in demand.” – Dr Coughlan.

“A degree graduate is one that can address complex problems by applying evidence-based solutions with theory-driven arguments in an ethical manner. This graduate is self-directed and can be expected to take full accountability for their actions, including their decisions in unfamiliar and variable contexts as they appreciate that problem-solving is context and system bound, and nothing occurs in isolation. A graduate with a degree that has nurtured these competencies is exactly what the economy requires.”

If some degrees are not delivering these graduates, the response should not be to declare degrees dead, but rather to seek other ways to develop the required competencies, says Coughlan.

“A graduate should have mastered complex skills and be able to cope with changing realities.  The journey to that competency is one that a good degree will provide. Such a degree both explicitly and implicitly integrates theory, problem-solving, complex analytical skills and solution-oriented action.”

Coughlan says it is true that skills can be taught and attitudes nurtured.

“But the reality is that the ability to develop new solutions to previously unknown problems and even recognise problems and opportunities others have not yet seen, is the only sustainable contribution to growth and viability. For this, a degree cannot yet be beaten.”