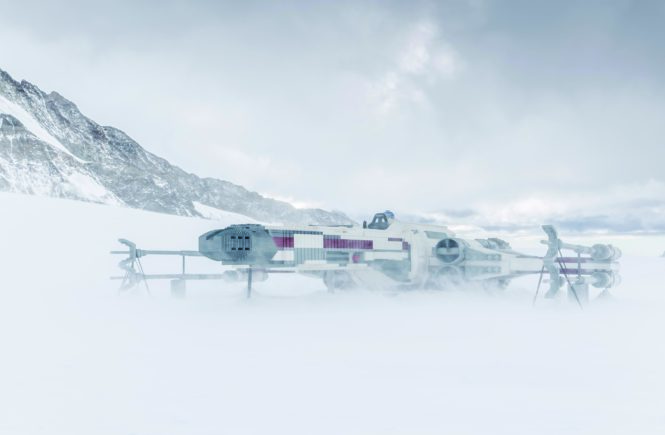 With the landing of the LEGO® Star Wars™ X-Wing™ on the longest glacier of the Alps, LEGO® GmbH also celebrates a very special partnership: The license agreement signed over 20 years ago between the LEGO® Group and Lucasfilm started an intergalactic success story which has connected people across generations and countries ever since.

• This makes the Jungfraujoch the highest point on our planet on which a LEGO® Star Wars™ X-Wing™ starfighter has ever landed.
• As of 4 October, ten new LEGO® Star Wars™ sets from the film “Star Wars: The Rise of Skywalker” are available worldwide.

• With LEGO® Star Wars™, one of the most popular LEGO® product lines continues the Skywalker saga in the year of its 20th anniversary. 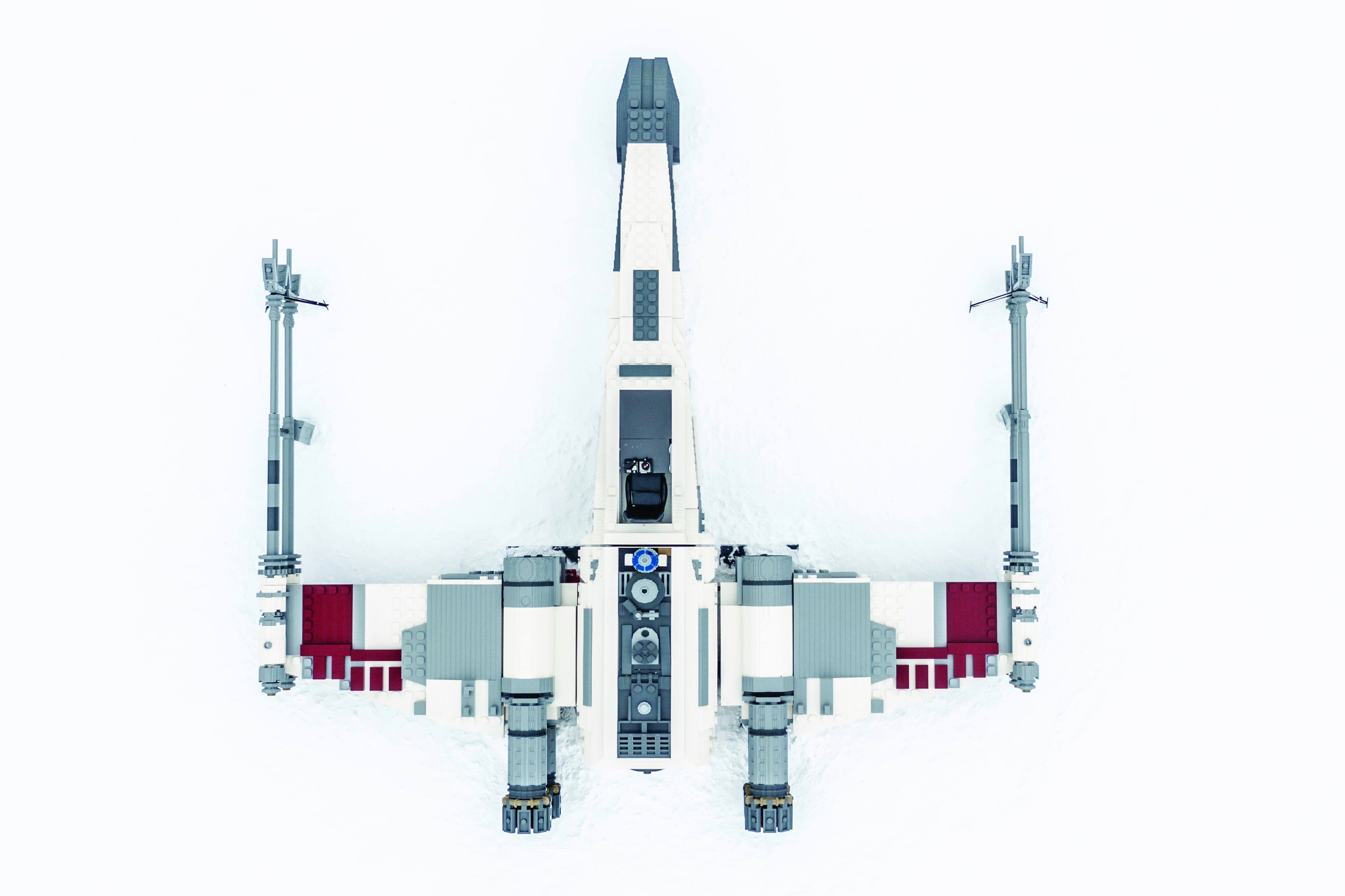 Jungfraujoch, Munich. October 4th, 2019. “Do or do not – there is no try” says Jedi Master Yoda™ to Luke Skywalker in “Star Wars™: The Empire Strikes Back”. Then, using the Force, he lifts an X-Wing™ out of the swamp – thus making what was impossible for Luke possible. LEGO® GmbH took this scene to heart and now presents, on the occasion of “The Force Friday” on October 4th 2019, on the Jungfraujoch in Switzerland, a true-to-original LEGO® reproduction of the unmistakable LEGO® Star Wars™ X-Wing™ starfighter from the Skywalker saga.

True to the motto “The Force is in your hands”, LEGO® GmbH wants to show that even things which seem too challenging can be mastered, landing the large model on the highest point on which a LEGO® Star Wars™ X-Wing™ has ever landed – at least in this galaxy. 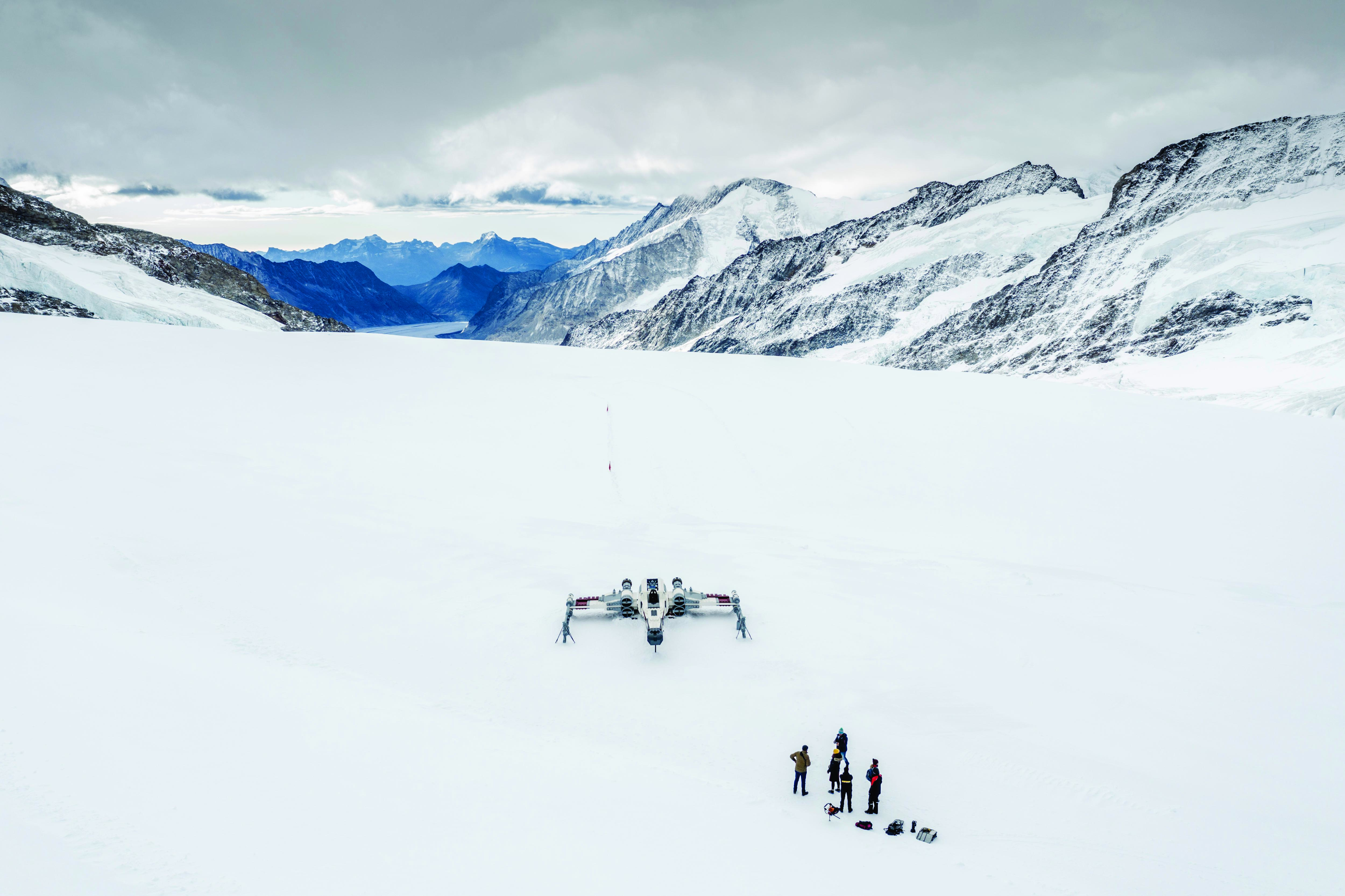 “LEGO® Star Wars™ has inspired children and adults across the world for 20 years and stands for limitless building and play. Bringing a life-sized LEGO® Star Wars™ X-Wing™ to the Jungfraujoch symbolises the power of creativity and shows that the new LEGO® Star Wars™ sets allow us to play out the story after the latest episode”, explained Florian Gmeiner, Senior Marketing Director for LEGO GmbH.

“Playing with LEGO® bricks lets the imagination soar and allows us to tell stories and sometimes even master challenges. With this event, we’d therefore like to invite everyone to believe in their dreams and their potential because: ‘The Force is in your hands’”, Gmeiner further stated. 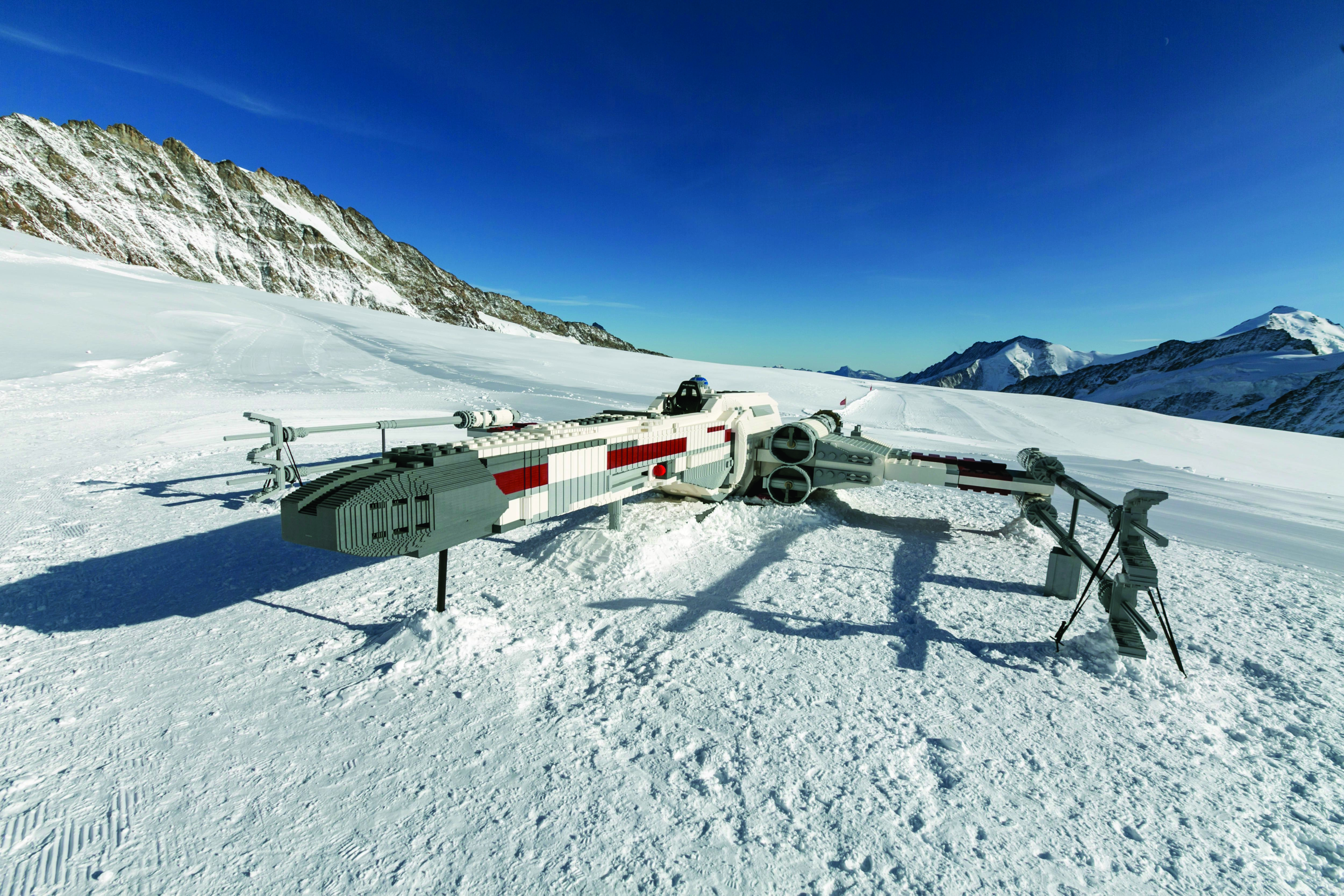 Fans can look forward to ten new LEGO® Star Wars™ sets, which are available in shops worldwide from October 4th 2019. In addition to new LEGO® Star Wars™ products from the film “Star Wars: The Rise of Skywalker”, which is coming to cinemas in Switzerland and Germany on December 18th 2019, there will be a new edition of the Yoda™ bust as well as a new version of the popular Millennium Falcon™, with which young and old can create their own personal adventure on the search for Kylo Ren’s™ shuttle.

The story will continue to be written with LEGO® Star Wars™– “The Force is in your hands”! 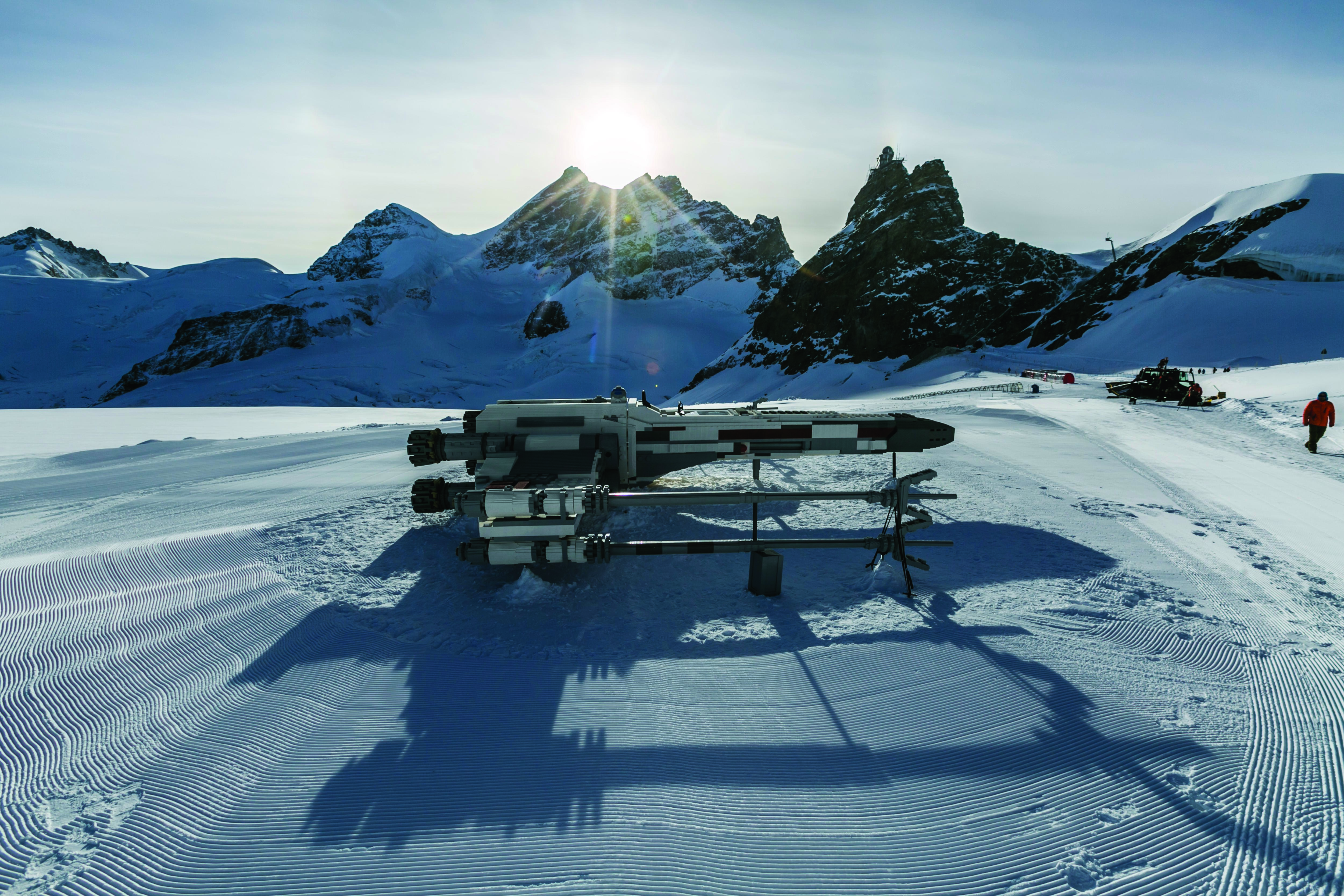