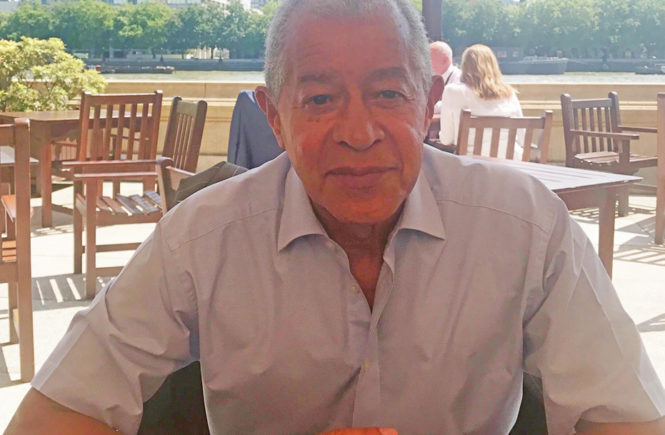 Lord Ouseley was born in Guyana in 1945 and came to England when he was 11. He became chief executive of the London Borough of Lambeth and the former inner London education authority (the first black person to hold such an office). In 1993, he
became the executive chairman of the commission for racial equality, a position he held until 2000.

In 2001, he was raised to the peerage of Baron Ouseley of Peckham Rye in Southwark. Herman Ouseley is also the chair of Chandran Foundation, Kick-it-Out plc (Let’s Kick Racism Out of Football campaign), Policy Research Institute on Ageing & Ethnicity (University of Central England). 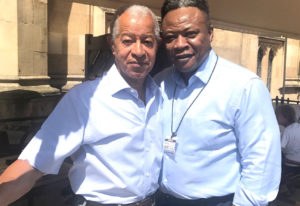 Which contemporary leaders do you admire?

Tony Ottey, a Jamaican national, an inspirational leader amongst young people. He inspired them to become educated.

He said provocative things where most others hesitated. To mixed audiences of different races he would challenge all, “we are definitely in the same boat, but on different decks”. We worked together in Brixton, London (which had a large ethnic population) in the 1970’s. He would eventually return to Jamaica to continue his wonderful work.

Have you ever had a mentor? And if so, how did they help you develop and grow?

I never had a formal mentor as such, but I soon looked to learn from everyone I met. Rudy Narayan was a barrister who came to London in the 1950’s. He soon commenced a lifelong struggle against racism. He was bold and fearless. He was dropped from the Bar four times and each time eventually reinstated. He was an exceptional mentor for me, without him ever knowing just how much he was to shape my determination to change the world around us. Not everything he said or did was perfect. I soon learned to be discerning about what to take on board. I now have the privilege of mentoring many people, and I love doing it as I learn much from my mentees, maybe more than they ever learn from me.

What do you believe is the most important driver for success: talent or ambition?

Ambition is a must. Looking at myself, I’ve never considered myself talented but I do have a work ethic which I believe I gained from my mother, who I observed do sometimes having to do three to four jobs at the same time. My work ethic led me to take on more and more responsibility. Talent can be an overused descriptor.

In a sentence, what’s your definition of Leadership?

Being able to inspire others to your ideas and enable their confidence in joining you in pursuit of your purpose.

Which historical leaders stand out for you, and why?

Nelson Mandela… and having met him four times, every time I met him he taught me something different and instructive. Every audience with him was a special and memorable occasion to be in the presence of an extraordinary and unique ‘greatness’.

Has Leadership become more difficult or complex in recent times? And if so, why?

Leadership has become multidimensional. It’s no longer just about the top of the organisation. I see leaders everywhere, especially amongst the young. I’m called a ‘leader’, but I see my role as helping and supporting people. I have now realised that this is true leadership. We have to take the ‘responsibility’ for change and how you exercise that responsibility will define you.

What advice would you give to those embarking on their leadership journey today?

What’s your reaction to Donald Trump’s recent victory in the US elections?

One of surprise, then starting to see it all unravel rather quickly. Unfortunately, you can now ‘buy’ your way into even the office of the President of the USA! We should remember that he followed a black man and was competing against a woman. He was able to tap into an undercurrent of racism and resentment, and Trump’s persona capitalised upon this.

There is a global issue around employment and opportunities for the younger generation. Do you see any signs of any economic breakthroughs for them?

We must better target roles and careers for young people and equip the future generation with the essential skills needed for the type of jobs which will be available in a rapidly changing world. As we all live for far longer and work far longer now, we need to plan and care for the growing numbers of elderly as well. These are complex problems and now must become all of our problems – we can solve them so much better together.