New field of biology could be key to $100b agricultural target 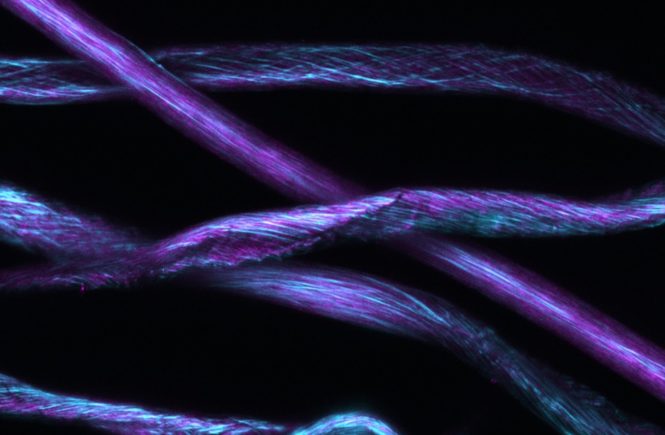 The emerging field of synthetic biology could transform Australia’s agricultural industry and help meet its $100b target, according to research published in Nature Plants co-authored by CSIRO, Australia’s national science agency, the University of Queensland and the University of Western Australia.

As well as accounting for three percent of Australia’s gross domestic product, agriculture and its development are the most powerful tools available globally to help end extreme poverty and feed the world’s population.

Director of CSIRO’s Synthetic Biology Future Science Platform and Group Leader at UQ’s Australian Institute for Bioengineering and Nanotechnology, Associate Professor Claudia Vickers, said for agriculture to continue to grow amid the complex challenges of food security and climate change, innovations like those offered by the new field of ‘synthetic biology’ could be key.

“We believe that synthetic biology could transform agriculture and result in a second ‘Green Revolution’ that would eclipse the first,” Dr Vickers said.

Synthetic biology brings together principles from biology and engineering to design and construct new biological entities (such as enzymes, genetic circuits, and cells) or to redesign existing biological systems.

“We believe that synthetic biology could transform agriculture and result in a second ‘Green Revolution’ that would eclipse the first.” – Associate Professor Claudia Vickers

The first Green Revolution involved the development of a series of agricultural technologies, such as high-yielding crop varieties and fertilisers, in the 1950s and 1960s that increased agricultural production worldwide.

This includes the potential of directed design or evolution of biological systems and organisms using the principles of engineering, to transform crop improvement.

CSIRO applied synthetic biology to produce energy-rich feed for livestock. Previously, oil needed for livestock feed could only come from oil-rich seeds and fruits of some specialised plants, such as canola, soybean, sunflower, coconut and oil palm.

Using synthetic biology, scientists have been able to ‘switch on’ the high-level oil production in vegetative tissue in stems and leaves.

This technology could potentially treble oil production from plants.

Synthetic biology is being used to create cotton with the properties of synthetics, such as being stretchy, non-creasing, and even waterproof – all while remaining biodegradable and avoiding the use of petrochemicals.

Using synthetic biology, scientists have been able to ‘switch on’ the high-level oil production in vegetative tissue in stems and leaves. This technology could potentially treble oil production from plants.

“For the past 20 years agriculture has strived to create high-value traits that increase productivity or the value of crops,” Research Director for Traits with CSIRO Agriculture and Food, Dr Steve Swain said.

“Synthetic biology gives us a whole new suite of tools and technologies to do this in ways we previously didn’t think possible.”

Dr Vickers said there was still much work needed to be done in the area.

“The research identifies updates in education and training, scientific mindsets, physical infrastructure and societal attitudes to synthetic biology to be able to realise its full potential,” Dr Vickers said.

“Synthetic biology can seem alien both to scientists and the public due to many of the conceptual spaces and engineering principles it embraces.

“Seizing its potential therefore requires major shifts in training and infrastructure; and in how research priorities are explained and their benefits demonstrated.”