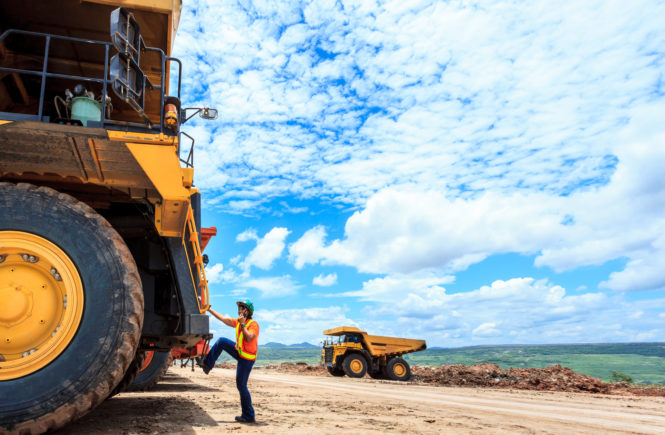 The Democratic Republic of Congo’s economic fortunes are inextricably linked to its mining sector. According to recent reports, mining currently accounts for 80% of the country’s export revenue. One study by African Business Magazine in 2009 estimated the country’s untapped natural resources wealth at a staggering $24-trillion, nearly eight times the GDP of the entire African continent today.

International investors have taken notice: between 2010 and 2014, foreign investment grew by an annual average of 23.6%. Current estimates place investment in new mining projects between 2015 and 2018 at $2.5-billion.

Based on recent analyst predictions, this growth is set to continue over the next five years, especially in gold, copper, and cobalt. According to BMI, global copper mine production is forecast to increase by an average yearly rate of 4.1% between 2017 and 2021, from 20m tonnes in 2017 to 23.7m tonnes by 2021. The DRC will concurrently regain a global copper ore market share of 5% by 2021.

Other natural resources are equally promising. Cobalt, for example, presents a huge growth area, as it is used in the production of rechargeable batteries for devices ranging from smartphones to Tesla’s electric vehicles. The DRC currently has 50% of the world’s cobalt reserves, with one mining company even investing $1billion in a single cobalt mining project in the country.

However rosy the outlook for the DRC’s mining sector may be, one key factor is threatening the sector’s potential to stimulate economic growth: unreliable electricity supply.

The DRC currently has 50% of the world’s cobalt reserves, with one mining company even investing $1billion in a single cobalt mining project in the country.

No lights, no action

Since 2008, electricity capacity has remained fairly stagnant at 2400MW, of which a mere 1281MW is operational. And despite the government identifying 217 sites for new hydropower generation – which already accounts for 99% of the country’s power generating capacity – not a single site has been developed. Today, only 16% of the country’s more than 82 million citizens have access to electricity.

As a stop-gap, the Congolese government has sought to import power. To drive the growth of its copper production, for example, the DRC recently signed a deal with South African electricity parastatal Eskom for the provision of 200MW of imported power.

Many mining operators have also initiated their own power and hydro projects in order to secure a reliable power supply for uninterrupted productivity. However, for the DRC’s mining sector to thrive and deliver on the economic promise it holds, new thinking around the provision of power is needed.

For the DRC’s mining sector to thrive and deliver on the economic promise it holds, new thinking around the provision of power is needed.

While the DRC must urgently increase its power generating capacity and transmission infrastructure to support its economic growth in the long term, the country is in need of cost-effective shorter-term power solutions that are relatively quick to implement. The Congolese government and state utility SNEL are fully aware of the power supply challenges the country currently faces and are bravely attempting to develop and bring further projects and transmission infrastructure online. This is not so easily achieved in a country such as the DRC, where political instability and sovereign guarantee constraints provide major hurdles to the financing of large-scale infrastructure projects.

At the recent DRC Mining Week conference, the common thread among mining operators was the need for secure and cost-effective power supply to their operations in the country. I would argue that mining operators and the Congolese government need to take a technology-agnostic approach that enabled the use of tailor-made energy solutions based on solar hybrid, gas, diesel, and HFO fuel technologies.

Given the current crisis of power supply in the country, which is likely to remain for the next few years, mining operators need to carefully consider alternative power supply options to avoid the inevitable loss in production that will result from repeated power outages. Such alternative supply options offered by private power producers using a per-kWh billing model that reduces capex costs and enables them to quickly install new power generating assets that can be online within weeks, instead of the years-long timeline envisioned by the state power supplier and from large-scale power projects

New financing models also open the door to co-funding opportunities, allowing mining operators to reduce the cost of new power supply and share any risk associated with bringing new power capacity online. This would create some certainty around capacity and productivity at mining projects, while driving costs down (and profits up).

The DRC’s mining sector has the potential of fast-tracking the country’s socio-economic development. With some fresh thinking around how new power supply can be brought up quickly and cost-effectively, the mining sector can continue its booming growth and place the country firmly on the global investor map.