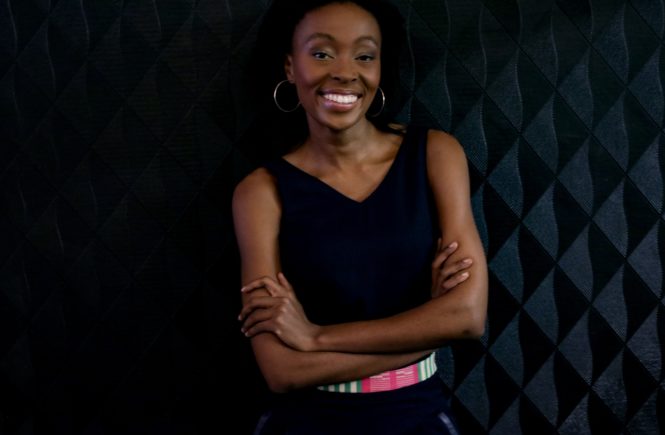 The story of South Africa’s future is being played out by dynamic innovators such as the women behind Rekindle Learning, a dynamic education technology company whose mission it is to bring the right education to South Africans young and old.

The future success of Rekindle Learning will be a game-changer for South Africa, Africa and perhaps even the world. The founder of Rekindle is Rapelang Rabana, a dynamic tech entrepreneur who has done the hard yards of growing her ‘tech baby’ into a powerful player, but she is now stepping down from the role of CEO and will serve as Chairperson of Rekindle Learning.

Two reasons for this move. Firstly, Rapelang knows she needs to bring in other skills and talents to fill the gaps in her own arsenal of strengths and talents that are needed to take Rekindle to the next step. Secondly, the move has been inspired by the opportunity to take on an exciting new role as Chief Digital Officer of ICT giant BCX, the enterprise subsidiary of Telkom.

While many entrepreneurs might leap from a struggling startup to the security of joining a mammoth corporate, for Rapelang it has been a win-win-win for Rekindle, BCX as well as the future of education and SMEs in general.

u|Chief spoke to Rapelang about the challenges and opportunities that lie ahead.

Your new position as Chief Digital Officer of BCX is an amazing role. You must be incredibly excited about the possibilities?

In the back of my mind I felt that I wanted a very high-scale experience and to know what life looks like in a business that is above R100-million. I wanted to feel that because I thought it would ultimately make me a better entrepreneur for later in my career journey. It is also a role I feel was made for me, as it’s a new division and, with everything being started up, they are looking for new revenue streams across very interesting sectors such as cyber securities and analytics, and robotics and AI, and they need to figure out where the products and services are and how we can monetize stuff in that domain. That is kind of the niche I’ve been sitting in my whole life.

On top of that, we also have the opportunity to scale through the existing customer base and network, which is probably the most interesting aspect for me, because I felt that one of the biggest hindrances for SMMEs is their ability to access markets and to scale. When I look at the startups and other partners I will be working with, I really, really want to be in a position to help those companies scale, because we’re not seeing enough of that in the numbers for it to ever have an impact unless they are able to scale. That is probably the most purposefully impactful thing for me.

I’m very, very excited for the opportunity and the challenge ahead. Of course, it’s a tough space because I’ve never been in a corporate environment before, but I’m willing to learn and I’ve learned to take a lot of pain, so I think it’s OK.

“I really, really want to be in a position to help those companies scale. That is probably the most purposefully impactful thing for me.” – Rapelang Rabana.

What are the opportunities to make a difference with digital learning?

Digital learning is so disruptive thanks to the personalisation that digital learning provides. For too long we’ve been trying to educate people as if we are moving cattle through a kraal, as a single passage. It’s so important to recognize that people will always be at different stages of their learning and development.

We need to ask ourselves, “how do we support individual learning so that people can still get to the same place”, and this applies whether they are learning at a slower pace or if they are ahead of the pack. The last thing you want is for high achievers to get bored. Everyone needs to get to the same place, but in their own time.

In companies throughout the country there are huge issues because they tend to want to teach towards the middle, or the middle of the curve, because they are trying to account for everyone at the same time. However, that isn’t sustainable because then you end up with the fast learners being disruptive because they are bored, but the reality is that they needed to be taught in a different way and a different speed to keep them engaged and to maximise their ability to grow their skills and knowledge.

“The last thing you want is for high achievers to get bored. Everyone needs to get to the same place, but in their own time.” – Rapelang Rabana.

For me, when it comes to any kind of socio-economic challenge – whether it’s learning or healthcare or agricultural produce – we have to solve all of these challenges in a meaningful way that actually changes the trajectory of how we develop as a country and as a continent. We need to be able to inject technology somewhere in there in order to achieve scale. In the education and learning space top-end universities have already solved how you educate 30 000 people exceptionally well… the question is how do you do that for 30 million people… or billions of people!

We need to learn to change how we approach education and if we don’t figure out how to do this at scale then top education will remain available only to the very few privileged people and we will never be able to really capture large numbers of young people and educate them in a meaningful way.

How does it feel to be handing over the reins of your baby, Rekindle Learning, at this stage of its development, to Nomsa Seisa, Rekindle’s new Chief Executive Officer?

If it was my first business then it would have been a much, much harder experience. I think the first time you start a business it is hard to step away from it, but now with Rekindle Learning I think I have matured a lot more and I’m in a better position to handle the situation. Also, when we started it there was the intention and the realisation that it would be an entity that would be separate from me.

With your first business you can’t actually see that, but now I can, so when I started Rekindle Learning I realised it had to be bigger than me and to even exist outside of me, but I think that is something that can only really come with your second business.

In the entrepreneurial space life is a roller-coaster ride. What has been your secret to dealing with setbacks along the way?

I think that one of the most important things for an entrepreneur is to realise that, with almost everything that you are thinking and feeling as an entrepreneur or an innovator, a million other people around the world have been where you are, so you have to reach out and engage and stop feeling overwhelmed about ‘how can I not know this?’. You have to find the ability to learn and to move forward.

In the greater scheme of life, even if you do know something, you still have to honestly assess how much you really know and how much of an expert you really are. It’s easy to bring in the resources you need, but not if you haven’t had the honest conversation with yourself.

“One of the most important things is to realise that a million other people around the world have been where you are, so you have to reach out and engage and stop feeling overwhelmed. You have to find the ability to learn and to move forward.” – Rapelang Rabana.