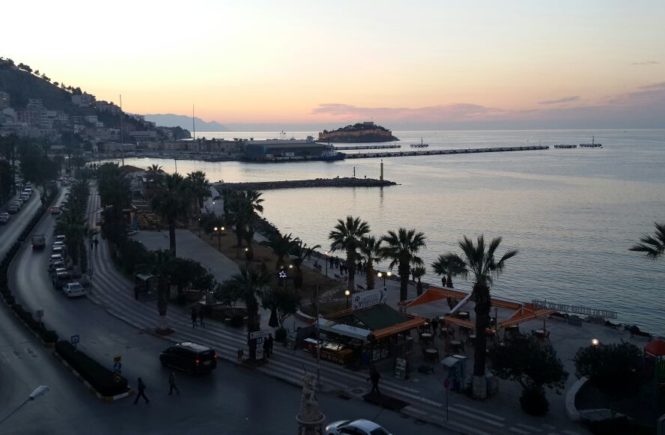 Travel blogger (and The Girl in Blue Jeans) Marion Kate, debriefs u|Chief on her recent trip to Turkey.

Tell us about your recent travels? 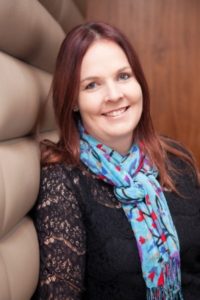 I recently went to Turkey, a country I have now visited 16 times. Flying Turkish Airlines is a direct flight from Johannesburg to Istanbul overnight, so my trips always start in Istanbul where I spend a few days and then I map out a different route each time so that I can explore different towns and cities in the country.

This past trip took me to Kas, a beautiful town on the Aegan coast that looks out onto the Greek Island of Meis. I hired a car and drove down the coast to see Demre (better known as The Father Christmas Town). Along the way is the Sunken City, another beautiful spot. Heading back to Istanbul, I spent some time in Afayon, where the majority of hotels have thermal pools.

What was memorable about your trip?

From the business perspective, going to the Turkish Airlines head office in Istanbul was an eye-opener. I remember walking up the stairs and halfway up is a mirror on the wall and a sign above it that reads: “First impressions count”. The staff are all smartly dressed, regardless of their position within in the company. People move around with speed and there is an air of almost silence in the building. There is no unnecessary chit-chat in the corridors, no loud laughing, no chewing of gum and, when walking through a large, open-plan office, I did not see a single person playing on their cellphone. The company runs on discipline, which is a cultural behavioural trait and something I find refreshing.

I also had the opportunity to sit in one of the flight simulators in which the pilots are able to “keep up their hours”: it is a world-class machine and it’s comforting to know that we are in good hands when aboard their aircraft. After that I explored the kitchens of the company that produces the food for the airline and I was highly impressed by the levels of hygiene and the variety of meals they prepare. What I found interesting was that many of the long-haul flights for the larger carriers actually have an on-board chef to prepare meals for passengers.

Food is always something that makes or breaks an experience for passengers, and to fully illustrate how the flight attendants and ground crew work together to deliver such a high service, Do & Co had us sit in a make-shift plane, with the proper seats and narrow walkways. They then delivered the food and drinks to us while explaining how different meals are served on different flights and how the food and drinks are sourced.

This entire experience opened my eyes to the world of flying and made me realise what the difference is between a low-cost airline and an airline that has been a Skytrax winner six years in a row.

What opportunities did you identify during the trip?

There is a lot more room to market the country as well as the airline to South Africans, and there are so many benefits on both platforms. From the airline’s side, there has been significant growth in the Sub-Sahara region, with flights from JHB, Durban and Cape Town, as well as neighbouring countries. The direct flight from Johannesburg to Istanbul is a dream come true. It flies at a convenient time and lands early in the morning in Istanbul, allowing you to get on with your day. The Turkish Airlines arrival lounge – as well as the departure lounge at Ataturk Airport – is sheer luxury. With attention having been paid to the finest detail, there is nothing a traveller can want for. The loyalty card program is another added benefit.

From the country perspective, South Africans don’t need a visa for visits of up to 30 days – the eVisa is obtained online within minutes and is free. Once inside the country, your movement is not restricted and you can go wherever you want. This is one of my big loves, as I will decide at the last minute to climb onto a bus and travel across the county.

It’s extremely cost-effective, and you would be surprised at how far the Rand can go in Turkey. There are also various travel options within the country which are all perfectly safe, ranging from single travellers to women and family groups.

Besides having plenty of options within the travel industry (which includes winter skiing), there’s also the import of products like textiles. The manufacture of clothing, linen, shoes and so on is of the highest quality, and very well-priced.

The well-known South African brand of Defy appliances has recently been bought by Turkish-owned Arçelik Group as part of their strategy of expanding into emerging markets in Africa.

Turkey is every traveller’s pot of gold, from the size of the country and the contrasting landscape, varying cuisine in different regions, and the fact that it’s the only country situated in Europe and Asia!

What surprised you about the country?

The friendliness of the people. It is a very disciplined country and yet the people are still able to enjoy life. They are a nation of proud and hard-working people, and it’s never too much effort to go the extra mile. They also have a beautiful countryside: in my opinion, the drive along the Turquoise Coast could outdo Chapmans Peak any day, and it’s free. There’s also no litter anywhere, from Istanbul to the quaint seaside towns and inland villages.

On the negative side, English is not spoken everywhere so, as a traveller, it can be difficult to communicate outside the big tourist spots, although the locals don’t give up trying. With hand signals and lots of smiling, the problem is always resolved. Thank goodness for Google Translate – and there is WiFi just about everywhere, and it’s easily accessible.

How did you grow personally from this travel experience?

I have become very independent as a result of my frequent visits to Turkey, I have also learnt a lot more about doing business with men. Most decision-making positions are held by men, so I have had to learn how to think like a man. I have also learnt not to be swayed by comments in the media that are often out there to just cause damage, but rather to make decisions based on my own experiences.

I have learnt a lot about being open-minded and tolerant of other cultures and religions. I am a total opposite of the stereotypical Turkish citizen, but I have never been made to feel uncomfortable or unwanted in the country.

What lesson did you learn or pick up during this trip that you would like to share with others?

Speak to people around you and take the time to pronounce the person’s name correctly when you are introduced… and always carry a business card in your pocket. As South Africans, we can be loud and obnoxious at times, so it is important to pay attention to a country’s culture and dress, and to speak accordingly.

Was there something about how the locals do business or live their lives that people living in other countries could benefit from knowing?

The Turkish people are a very hard-working and united society. They are also very family-orientated. When they work they work hard… but, when it’s family time, it’s family time. There is no going off on a Sunday as a split family so that the husband can play golf and the wife can have coffee with her friends.

They also don’t waste money on frivolous things – they save their money, as making big purchases like a house or a car using cash is the preferred option to creating debt and having to pay interest.

There were so many. I stayed in a rural village once where the people where so friendly and all the food was home-made. I took a ferry at midnight to Cyprus on the Turkish side, had so much fun and then returned, travelling to the far Eastern Side of Turkey to a site called Ani. It takes over 16 hours to tavel there by bus from Istanbul, and every time I have been to this town of Kars it has been an adventure. There was once a man on the bus who insisted the bus stop 10 minutes after we left a rest stop so that he could get his bread out of the luggage compartment. His wife had made it and he said he needed to taste it!

Then there was the very heavy snowfall in Istanbul in December 2015: I have never seen such large snowflakes. In Cappadocihia I once watched the sunset while sitting in a carved-out rock that had once been a church. It was a breathtaking site.

In Bursa, I went up the longest cable car in the world – it stops halfway up and you change over into another car. The snow was beautiful at the top and the main hotel had African interior decorating in the foyer.

Where would you go to next time if you visited for business or pleasure?

This is a difficult choice. I love Istanbul and the vibe, but I also love the Aegan Coast. However, if I want some quiet time the mountains are always a firm favourite.

My son also wants me to go to the town of Batman, so that I can check in there on Facebook – he finds that entertaining.

What cultural tips for you have for visitors to Turkey?

Tea is always offered – but don’t refuse a cup of Turkish tea, as it is seen as rude. Women should not wear revealing clothes, especially not in a business environment. Also, women should not cross their legs when seated.

Hugging is not a form of greeting, but the shaking of hands is acceptable.

Once you get to know a person you should greet them with three kisses on the cheek: left, right, left. The same applies when you are saying goodbye.