You can’t eat your smartphone: why Agri is the first frontier of African innovation 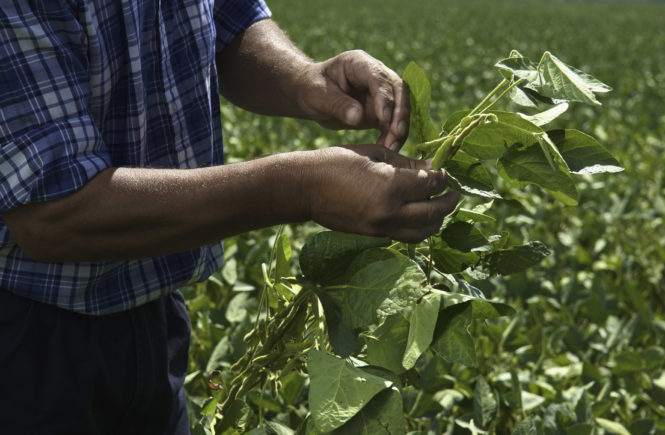 Ashley Boag (Chief Business Officer: SAP Africa), examines the potential for technology to turn Africa from a Food Insecure continent back to a bread basket.

Rapid urbanisation is draining rural areas of youth and talent, leaving the smallholder farming industry without the skills needed to increase outputs. Despite the prevalence of arable land, Africa is a net importer of food. In the 1970s, Africa provided 8% of the world’s total agricultural exports – today, that figure is a mere 2%.

Food security is a primary concern for African governments, especially since such a large portion of most African countries’ population lives near the poverty line. An increase in food prices can have devastating consequences to those that can ill afford them: the Asian Development Bank estimates that an additional 112 million people could have escaped poverty were it not for the sudden food price increases in the late 2000s.

The 2016 EIU Global Food Security Index found that access to finance was holding back 25 of the 28 sub-Saharan African countries, with the authors urging that governments and private companies redouble their efforts and break the constraint on improving production efficiency and adopting better technologies.

Where countries have made a concerted effort to build a strong agricultural sector, the results were immense: according to the World Bank, poverty in Ethiopia dropped by 33% since 2000, mainly thanks to impressive agricultural GDP growth of nearly 10% per year.

To build and grow a strong, sustainable agricultural sector, new interventions are required to unlock the immense potential of Africa’s smallholder farming industry.

Poverty in Ethiopia dropped by 33% since 2000, mainly thanks to impressive agricultural GDP growth of nearly 10% per year.

Leveraging technology to feed a continent

Crop yields in Africa are low compared to those in other regions: only 5% of the cultivated land in Africa makes use of irrigation, for example, compared to 38% in Asia[1]. In Ghana, the average farmer uses only 7.4kg of fertiliser per hectare; among farmers in South Asia, that figure is 100kg. By increasing their yields, smallholder farmers can bring an immediate improvement to their livelihoods and those of their dependents.

By increasing their yields, smallholder farmers can bring an immediate improvement to their livelihoods and those of their dependents.

For example, SAP’s Rural Sourcing Management solution links farmers digitally to the agricultural value chain through a suite of mobile business applications running on the SAP Cloud Platform. By creating a direct linkage with the formal economy, smallholder farmers can solicit better prices for their crops, secure access to finance to purchase new equipment or seed types, and provide transparency in large food companies’ supply chain, making their produce easier to sell on the global market.

Governments gain an invaluable tool in ensuring food security for their citizens: by accessing a centralised knowledge bank of information generated by smallholder farmers using the SAP Rural Sourcing Management solution, policymakers can ensure crop yields meet local needs, and incentivise farmers to change crops should there be a shortage of a particular staple food. Economic opportunities also emerge: where crop yields exceed local demand, export opportunities open up, which can bring economic benefits to farmers and governments alike.

These types of technology interventions are crucial if Africa is to feed its immense talent pool, which is set to become the driving force of the global economic engine over the next few decades. By creating a healthy ecosystem of shared value among smallholder farmers, corporates, and government, Africa’s agricultural sector can grow to become the food basket of the world, enabled by technology.