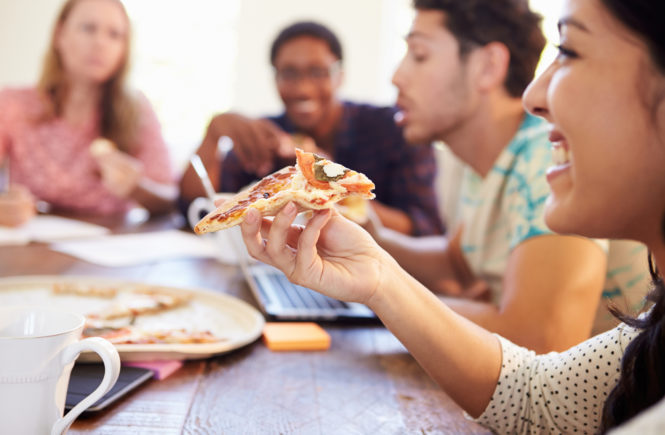 Want to attract and retain millennials? Food subsidies are not “added benefits”, they’re a business imperative. That’s according to 60% of Fortune 500 companies, including the likes of Facebook, Google, Microsoft, Deloitte and Goldman Sachs, who offer some form of food benefit to staff. The cost to company however is high, or at least it used to be, until OrderIn, a food delivery app, which offers a virtual canteen of cuisines and an instant tax back benefit to employees.

“We want to change the way people order in by using technology to create more value for all our customers – from the time conscious corporate to the cash-strapped consumer,” says OrderIn founder and CEO, Dinesh Patel.

Started in 2012, OrderIn is more than just South Africa’s most affordable food app with a 32-minute average delivery time. With a network of over 1 200 restaurants, in all the major metropoles, supported by 400 drivers, OrderIn is fast becoming a critical support tool for business and consumers alike.

Take their corporate service. OrderIn worked with SARS to incorporate tax-deductible meals into its app. The result? Companies can register and offer employees an 18% to 45% tax break on all food ordered with OrderIn during office hours. Dimension Data, Media24 and Societe General have already signed up to offer a wider variety of food and lower overheads. And, at R20 per employee per month, it’s a small price to pay to retain staff and keep the bottom line healthy.

Companies can register and offer employees an 18% to 45% tax break on all food ordered with OrderIn during office hours.

“There are only a handful of countries in the world that have such favourable tax laws. Historically only the largest companies in South Africa were taking advantage of this, thanks to technology and a few years on Wall Street, we discovered a way to digitise and democratise this benefit for all employees,” says Patel, a Durban native who experienced the value of virtual canteens, like seamless.com, during his years at Goldman Sachs in New York.

Bringing his knowledge home, Patel set about disrupting the traditional food delivery model with transparent pricing and cost innovations that have come to signify the OrderIn brand; “Customers need to know, if they are using any of the international apps or older local apps, then they are most likely being charged up to 40% more than what they would if they went into a restaurant.”

“We pride ourselves on being 100% transparent – our app clearly shows when you’re paying instore pricing and when you’re paying more. We’re also the only app to guarantee that 100% of the delivery fee and tip goes to the driver,” he says.

Constant innovation is the driving force behind OrderIn’s growth from the days when Patel went knocking on restaurant doors. In five years OrderIn has processed almost one-million orders and employs 40 staff in two offices, achieving 1 000% growth in the last two years alone.

Patel is already working on new value adds. Like gamification that enable employees to score points for choosing healthier meals and wellness goals. If OrderIn has its way, their virtual canteen app will soon become a mainstream employee benefit, alongside healthcare and pension.