Say ‘so long’ to online crooks

As online fraud in South Africa escalates, buying and selling goods using online platforms places both buyers and sellers at risk. After Jethro O’Brien, CEO and co-founder of TradeSafe.co.za, was duped while trying to buy car parts that had been advertised online, his idea for TradeSafe was born.

TradeSafe is a licensed, independent fintech company that safeguards a buyer’s funds in trust (escrow) until the seller delivers what was promised. Only once the buyer is happy with the goods or services received, does TradeSafe release the funds.

Explains O’Brien, “We act as a buffer between a buyer and a seller. The funds are deposited with TradeSafe, in full, whilst the two parties perform the transaction. Our system is totally transparent and payments are tracked and visible to all parties. Amounts have ranged from a few hundred Rands to a few million.”

“Our system is totally transparent and payments are tracked and visible to all parties.” – Jethro O’Brien, TradeSafe. 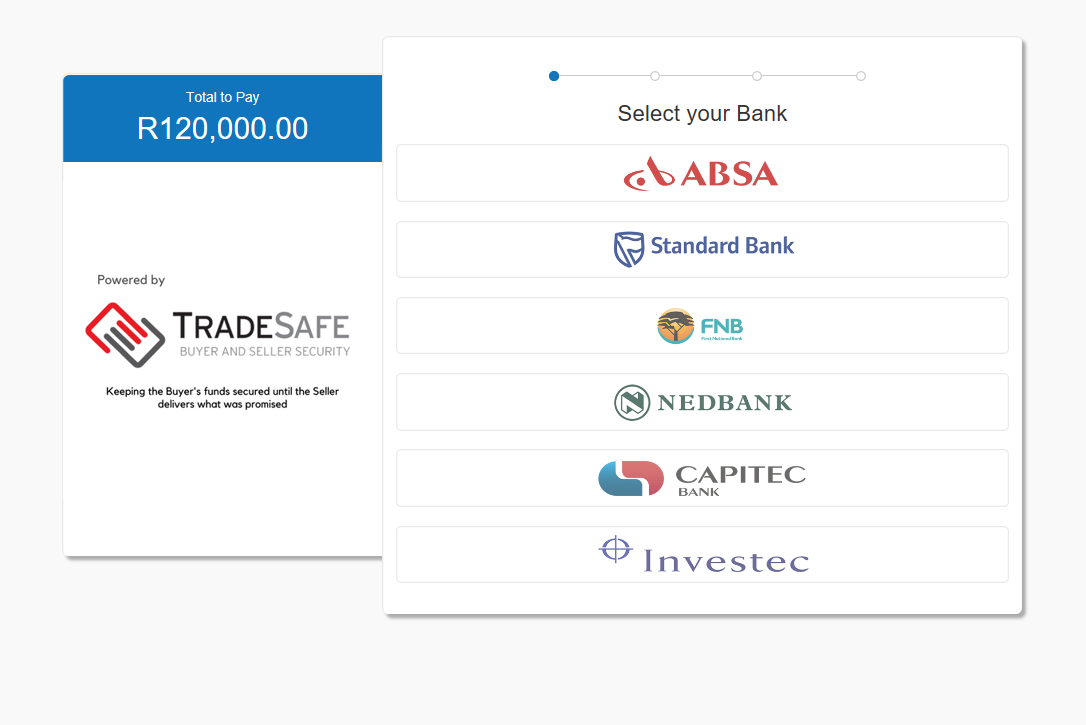 O’Brien admits that the word escrow presented a challenge when launching TradeSafe as many people don’t know what it means. “Simply put, we hold the buyer’s funds in trust. If the buyer does not have the funds, the transaction will not start, and if the seller does not deliver what was contracted, he or she will not get paid. TradeSafe does not get involved in delivery. It waits for the go-ahead from each party before releasing the funds.”

Not only was TradeSafe first to market with its standalone platform in early 2015, but its Application Program Interface (API) is the first of its kind in South Africa and allows almost any business or individual to easily plug into TradeSafe’s escrow platform.

TradeSafe finalised its API two months before Escrow.com, the global leaders in escrow, released its API to the market. The company is authorised as a third-party payment provider with the Payment Association of South Africa (PASA).

The applications of TradeSafe are limitless and the company operates in a multitude of sectors. TradeSafe’s current top five income sectors are freelancing, general goods such as cellphones and electronics, motor vehicles, fuel and commodities (diesel and chrome) and rental deposits.

TradeSafe can also be used for transactions that do not involve the exchanging of physical products such as accommodation bookings, much like Airbnb, where upfront payment is required to secure a booking but funds are only released at the time of travel to the accommodation provider upon checking in. The platform also allows for progress or milestone payments for projects or bookings that are phased.

A focus for TradeSafe will be in the commodities sector. 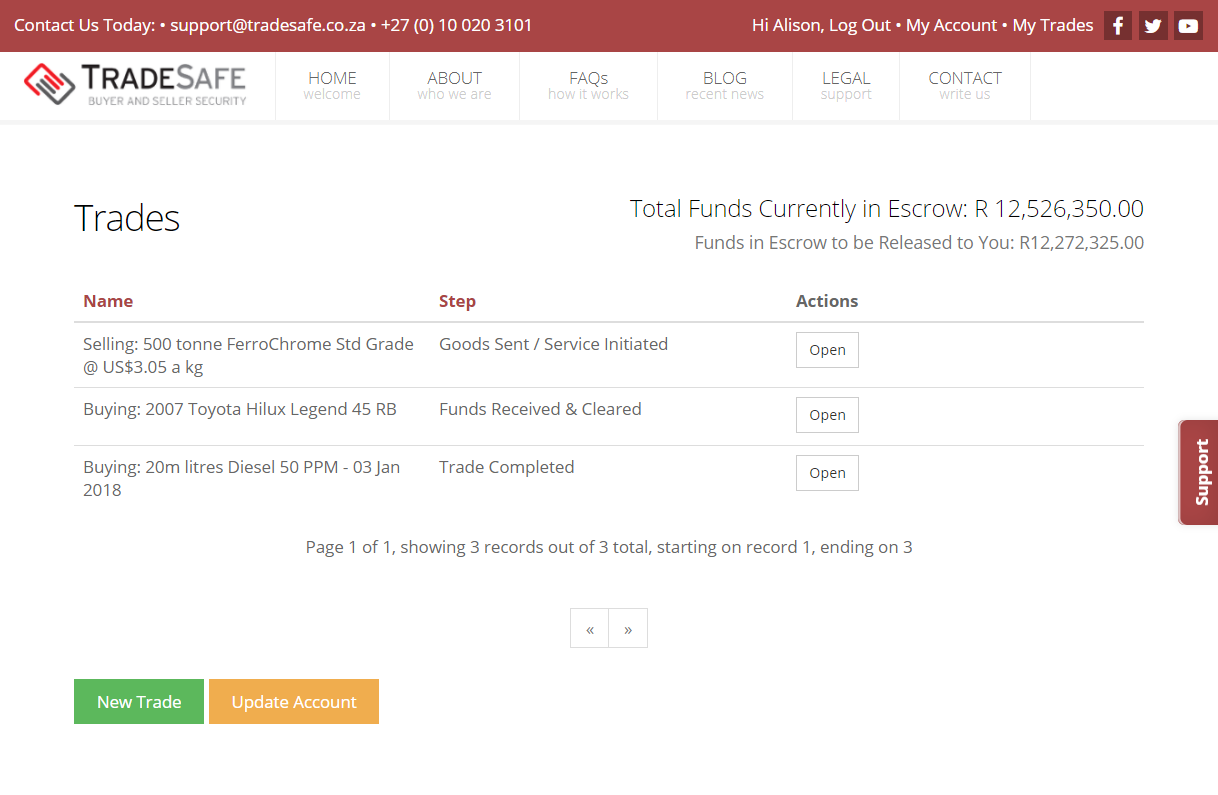 “There is a pressing need for our services due to the high levels of fraud and criminality in these environments, more particularly in South Africa’s oil and gas sector especially with the trading of diesel. We can pay multiple beneficiaries involved in complex deals that may include agents, brokers, legal advisors, transport and logistics suppliers and a range of other third-party suppliers. We manage the full payment function and act as paymaster.”

The company uses EFT as its primary payment method. To automate the process, TradeSafe partnered with Callpay’s EFTSecure to provide instant EFT capability. “The escrow market demands automation, compliance and trust,” says JP van der Spuy, CEO and co-founder of Callpay. “TradeSafe is first to market with its API and Callpay is proud to work with TradeSafe to bring payment security to all South Africans.”

TradeSafe supports cross-border transactions between South Africa and countries on the African continent, as well as international deals. “Our negotiations with the South African Reserve Bank (SARB) are nearing completion. We will shortly be an accredited international third-party payment provider, and the first fintech startup to offer this service in Africa,” says O’Brien. “Our foreign exchange partner is Gapex which will allow us to support transactions in more than 24 currencies.”

“Our foreign exchange partner is Gapex which will allow us to support transactions in more than 24 currencies.” – Jethro O’Brien, TradeSafe.

TradeSafe’s fees are calculated as a percentage of the trade amount and can be paid by either the buyer, the seller, the agent or split equally between all parties. “Our fees start at 1.5% and reduce proportionately the larger the transaction amount becomes. Our minimum fee is R100,” explains O’Brien. The API carries a flat charge of 1.5% per transaction and the minimum fee falls away. 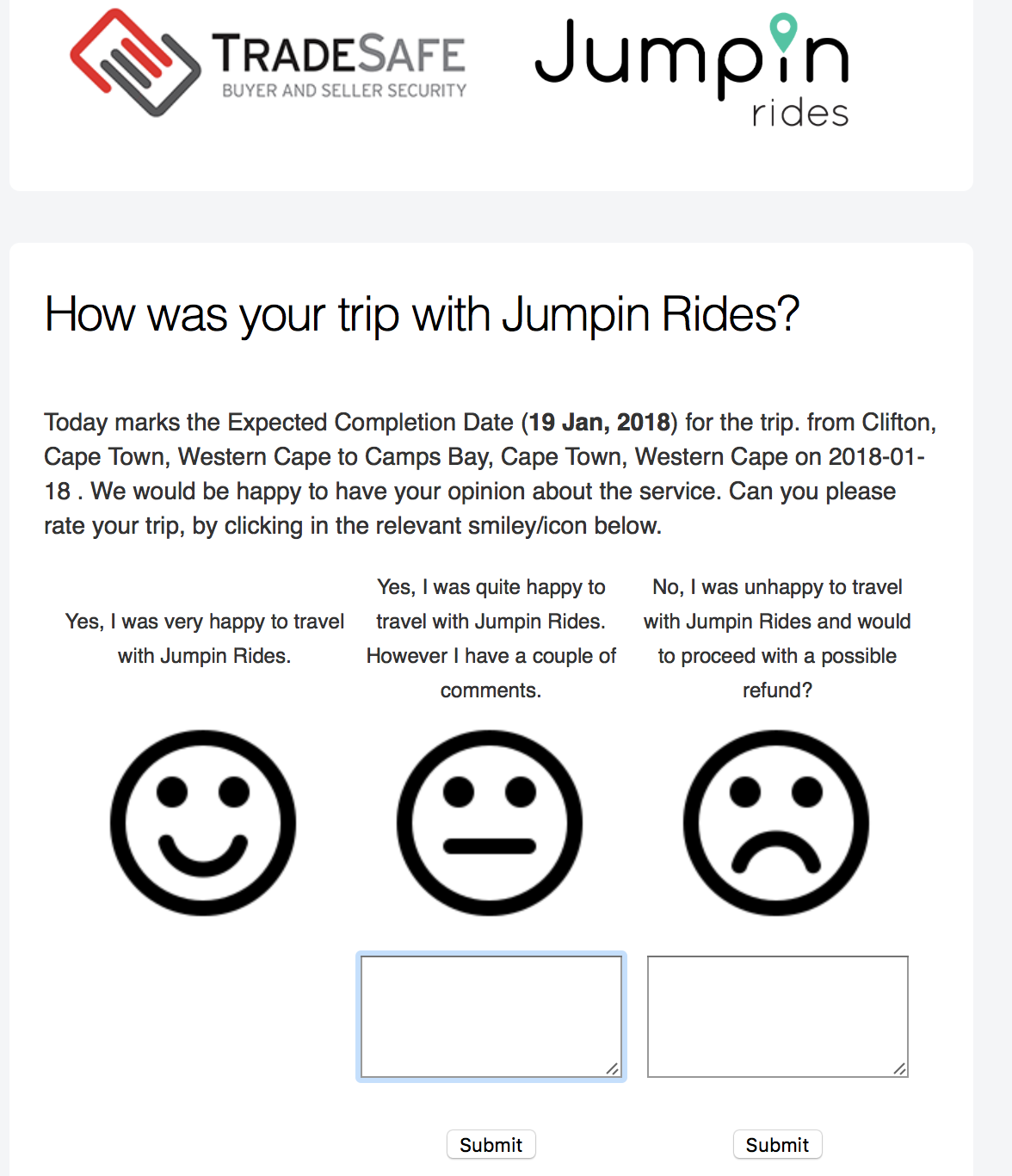 TradeSafe has also incorporated an embedded dispute resolution mechanism into the platform. Only 0.8% of all transactions are disputed. Fortunately, all the transactions where a dispute was initiated have been resolved on the TradeSafe platform. Should a dispute not be resolved, TradeSafe ascribes to the Arbitration Foundation of Southern Africa rules on expedited arbitrations. So far, not a single transaction has been referred to arbitration which attests to TradeSafe’s robust escrow methodology.

TradeSafe is a gold member of AlphaCode, a club for next-generation financial services entrepreneurs powered by Rand Merchant Investment Holdings. Dominique Collett, senior investment executive at Rand Merchant Investments, says: “TradeSafe is an exciting business because it supports the growing trend of securing online payments and enabling consumers and businesses to be more confident transacting in the digital economy. TradeSafe has ensured the solution complies with all the relevant payment standards and protocols and the applications are endless for this offering.”