The crisis of cash: a wakeup call for the recycling industry 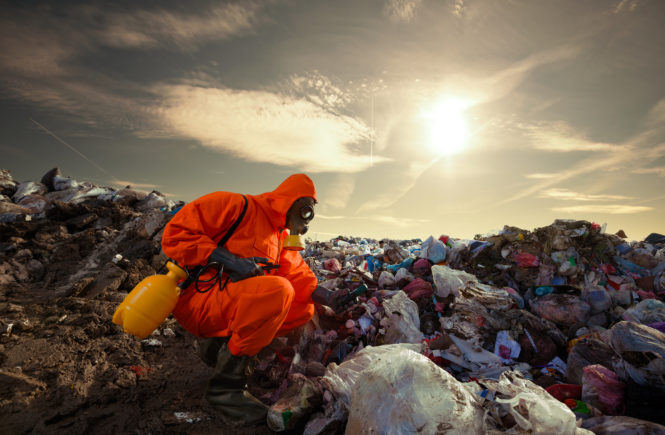 With China cutting back on the amount of recycling it takes from Australia, the glory days of easy recycling have come to a grinding halt.

Worldwide the growth in citizen action and an uptake in terms of responsible recycling have seen record rises in recycling rates, but the China crisis (along with the breaking of municipal waste collection and recycling budgets worldwide), is turning the recycling industry on its head. Far from encouraging greater recycling, the global trend is to turn recycling down or to tighten up on what can be recycled.

In Twin Falls, Idaho, in the USA, recycling residents are now being asked to pay even more for their recycling to be collected. In 2017, it cost the municipality approximately $40 000 more to recycle 1 846 tons of recyclable material than it would have cost to dump it in local landfills. (Source: Monkey Valley)

The budget battle facing Twin Falls is how to spread the fiscal load between the city (with its already tight waste collection budget), the recycling contractor (PSI Environmental Services) and the Twin Falls ratepayers. It’s a battle that is likely to become increasingly familiar to councils and municipalities around the world.

“It is so much within our country’s DNA now that I would fight by whatever means — most of them legal — to keep the recycling program going,” said Twin Falls Councilman Chris Talkington. “I’d just as soon stop breathing as stop recycling.”

In the era of responsible recycling, it seems unthinkable that the Twin Falls Council could approve a motion for PSI to dump large portions of their recycling collections in landfill sites (“when market conditions warrant it”) but, considering the massive additional costs of recycling, they may have no alternative.

The problem facing the Council is highlighted by the costs PSI incur when it comes to recycling compared to landfilling. In February 2018, PSI paid $136 per ton to properly process all the recycling they had collected from residents and local businesses. In sharp contrast is the cost of dumping the same amount of recycling in the regional landfill: that comes in at a fraction of the cost, at $36 per ton. This represents a financially crippling gap in cost and one that weighs heavy on the pocket of whoever must sign off on it.

Talkington’s steadfast conviction about the importance of recycling points to the fact that it’s not going to be an easy sell to convince the public that dumping recycling can ever be acceptable, but therein lies an opportunity to cut through the rubbish – quite literally – to reduce costs. The key factor in the recycling loop is consumer education.

To put the problem into context, the market for recycling remains ever volatile, with prices rising and falling along with commodity indexes. This factor keeps recyclers constantly on edge as they battle to stay afloat in an industry which offers little financial wiggle room. Added to that is the problem of contamination of recyclable materials, which plays a major role in the cost-effectiveness or otherwise of any recycling operation. Contamination occurs when spoilt, messy or inappropriate items are put into the recycling stream, and this results in those items having to be disposed of as refuse, along with any other items they have contaminated during transport, storage or sorting.

PSI Manager Jeff Brewster told Monkeyvalley.com about a consumer practice he calls “wishful recycling,” where people dump all plastic items in their recycling bins (from No. 3 through to No.7), without knowing if the city can recycle such items. Wishful recycling adds enormously to the overall costs in the recycling loop, as such items must first be transported and sorted by the recycling company, and only then transported to the landfill dump. It’s an unnecessary cost in terms of time and money and, considering the massively higher costs involved in collecting and recycling items (compared to landfilling), wishful recycling has an enormous impact on the bottom line for the recycling industry. In fact, it makes the difference between recycling being sustainable or financially impractical.

Wishful recycling: where people dump all plastic items in their recycling bins without knowing if the city can take such items. – Jeff Brewster, PSI Manager

“The cleaner our product is, it’s going to drive down our costs,” added Brewster.

Cutting down on contamination, wastage and wishful recycling is of utmost importance to the sustainability of the industry, but the true catalyst to change will be consumer education and communication, in conjunction with effective sorting at source. While this is yet another cost that the industry will have to shoulder, it is certain to be more cost-effective in the long-term.