The tall Taal tower that took my breath away 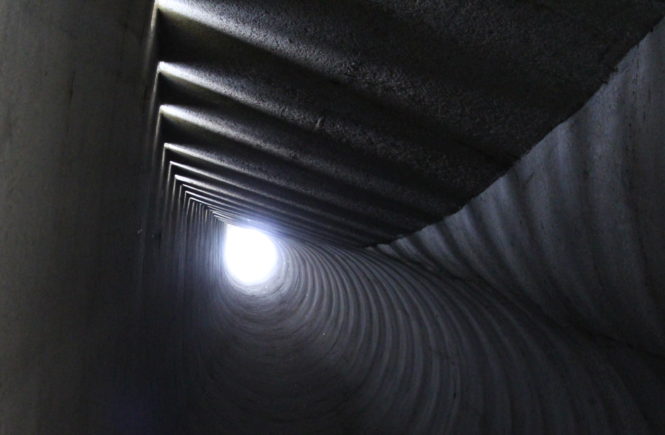 You see it from miles away, but only when you are inside the belly of the incredible Taal Monument are you truly struck by its awesome design and incredible construction.

For the past 35 years I have held on to the distant memory of my only visit to the Taal Monument, aka The Afrikaans Language Museum, that was erected on the slopes of Paarl Mountain in Paarl and completed in 1975.

My wife Gill (editor of Confetti Chicks) and I enjoyed the opportunity to review the magnificent The Light House Boutique Suites in Paarl last December. What an experience but, I must admit, by day two the hotel’s incredible hospitality (and the never-ending conveyor belt of feasts that pour from the bustling, hands-on kitchen) eventually saw us resolve to explore Paarl for a few hours while we worked off what had been a sumptuous al fresco breakfast, which included some light-hearted banter with a lovely couple we had shared a few memorable hours with the night before while enjoying some after-dinner drinks. 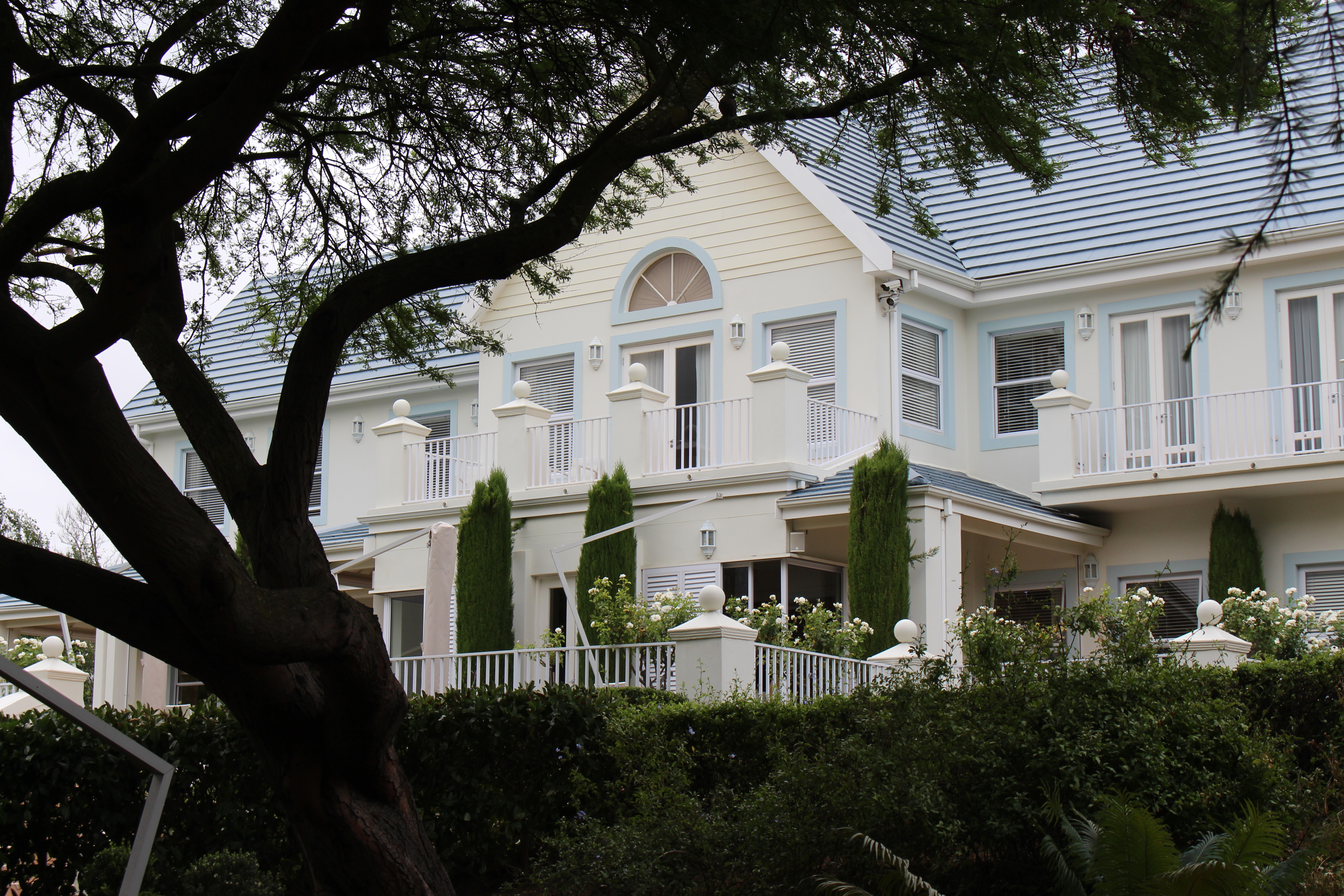 A lovely couple from the UK, the couple had shared some hilarious stories about their life in the UK, tales of their children and grandchildren, as well as their global searches for artworks to take back to the art galleries they own across the UK. This had proved to be one of the gems of staying at an intimate (but luxurious) boutique guest house. You aren’t one of 50 guests jostling for someone to speak to at reception but, rather, you have the run of a magnificent homestead, its verandahs, pool area and sprawling garden, not to mention the beautifully decorated library and sitting areas. You can, quite literally, treat The Light House like home – and they want you to make it home.

Yet, at the same time, if you’re up for some company, having a handful of other guests floating along with you on Cloud Luxury offers the opportunity to enjoy some relaxed and light-hearted conversation and to listen to some fascinating stories from distant worlds.

The next feast from the Light House kitchen was High Tea, scheduled for around 4pm (or whenever we chose to wave a finger) but, judging from the previous day’s spread, we knew we would have to do a considerable amount of walking to work breakfast off before we could meet the challenge of High Tea a la The Light House.

The High Tea presented by The Light House team is an event that we initially presumed would be shared with the three other couples who were in residence along with us, as it goes way beyond what an honest person would call ‘a spread’! I’ve never had a buffet for two the like of this before, and I can safely say that cucumber and cream cheese sandwiches are now high on my To Eat list.

After driving up and down Paarl’s main street two times, we realized that leaving The Light House to go for lunch or to a coffee shop or a wine estate was defeating the point of preparing ourselves for High Tea… so I suggested to Gill that we take a walk around the Taal Monument. It’s an iconic and extremely phallic landmark that stands proud above Paarl and looks out over the winelands and the rest of the peninsula, and The Light House is literally a few minutes drive to the Monument. We discovered that by chance when the GPS guided us from Paarl’s main road up past The Light House and into the Taal Monument’s parking lot.

I’ve seen countless photo shoots in glossy magazines that have taken advantage of the Monument’s striking granite backdrops, but somewhere in a distant memory of my childhood I remembered visiting it with my brothers, mom and dad, and scrambling about over the granite walls and boulders having the greatest of times. However, I couldn’t recall anything specific about the monument, so I felt drawn to go back and explore.

As we approached the towering spires I was surprised to see a sunken walkway that opened up and beckoned us to walk through ‘into the Monument itself’, which was not a visual I had filed away in my memory bank. Ironically, we passed another magazine shoot crew as we entered the Monument, upon which I was struck by the change of light and the echoes of voices, footsteps and running water (no-one told me about running water) as we walked towards the monument’s focal viewpoint. However, it was not the viewpoint I was expecting or could remember.

As I stared in wonder up the centre of the tallest spire, my legs wobbled ever so slightly as the spinning sensation of vertigo gripped me (see below, SCARED OF HEIGHTS). Tiny dabs of light poured through the dozens of holes punched into the wall all the way to the top, where a towering porthole of light burst through from above.

Since I had last visited the monument as a 7- or 8-year-old, I had never imagined that there was anything ‘inside’ the monument, and I hadn’t seen any images of this visual feast online or in print. It was as if I had stumbled upon a secret which not even the two dozen other visitors and tourists around us that very day had noticed. I was David Attenborough, and I was walking on air!

The towering spectacle was spellbinding.

When I had visited the Voortrekker Monument in the Pretoria (Tshwane) region at around the same age as my previous Taal Monument visit (the late 1970s, baby!) I remember standing with my two older brothers on the walkway near the top of the dome looking down in absolute terror to The Cenotaph some 40 metres below at ground level. Standing about four-foot-tall at that age (and not knowing which way was up), I was petrified and literally leopard crawled down the stairwell to Ground Zero for fear of The Force sucking me up and dumping me over the edge, down to the Cenotaph, in a bloody mess.

That mental image from my childhood horrifies me to this day, so looking up into the Taal Monument’s spire brought that chilling sense of fear and awe to the hairs on the back of my neck – only this time I had my feet on firm ground and was able to soak up the wonder of the view with a whole lot less terror then my traumatized toddler self.

How invigorating it was to discover a WOW moment in a place where I had expected to be awed by man’s creations, but certainly not blown away. That proves the value of exploring first and asking questions later.

After a further 45 minutes of wandering the grounds around the Taal Monument, it was time for us to drift slowly down the mountain back to the safety of The Light House, where we found comfort in a late afternoon swim in their Ralph Lauren-approved pool. Perhaps it was our splashing that alerted the Light House team to our presence, as High Tea was soon whisked down for us to enjoy poolside.

We tried to resist the temptation, but only for a moment. After all, moments of luxury, decadence and wonder deserve to be devoured, enjoyed and relived.

According to Wikipedia, “acrophobia is an extreme or irrational fear or phobia of heights, especially when one is not particularly high up. It belongs to a category of specific phobias, called space and motion discomfort, that share both similar causes and options for treatment”.

On the other hand, Wikipedia informs us that “Vertigo is often used (incorrectly) to describe a fear of heights, but it is more accurately a spinning sensation that occurs when one is not actually spinning. It can be triggered by looking down from a high place, by looking straight up at a high place or tall object, or even by watching something (i.e. a car or a bird) go past at high speed, but this alone does not describe vertigo. True vertigo can be triggered by almost any type of movement (e.g. standing up, sitting down, walking) or change in visual perspective (e.g. squatting down, walking up or down stairs, looking out of the window of a moving car or train). Vertigo is called height vertigo when the sensation of vertigo is triggered by heights.”