Brighter days ahead for kids of Kungwini 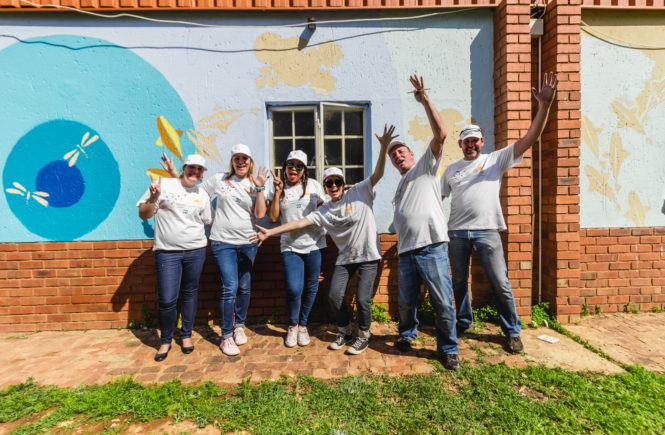 For the 20 disabled children who live at the Kungwini Child and Youth Care Centre in Pretoria East, life has just been made considerably better thanks to an initial donation of over R100 000 from PPG’s Colorful Communities™ programme. Together with PPG subsidiary – Prominent Paints – the structure has been totally refurbished and upbeat colours and murals have transformed the building from a home to a happy haven for these neglected children. A time of fresh starts and new beginnings, the NGO was officially reopened yesterday (21 November) with a ribbon cutting celebration to mark the milestone launch. 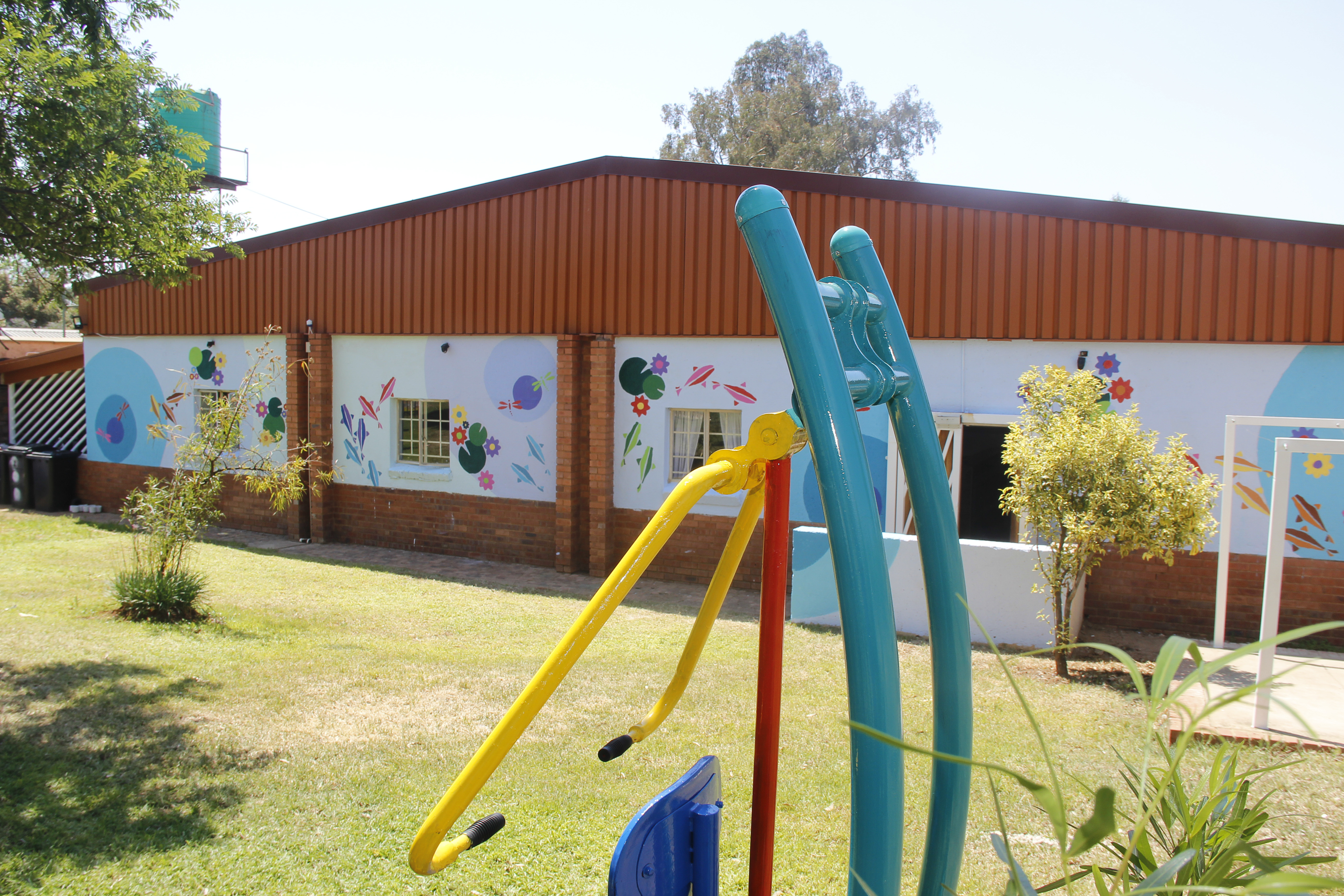 Colorful Communities is PPG’s signature initiative for community engagement efforts, and aims to protect and beautify the neighbourhoods where the coatings company operates.  Kungwini is the first project to benefit from PPG’s Colorful Communities project in Africa.  With their need being so great – and with a Prominent Paints Paint Centre in the area – selecting the NGO, which relies heavily on funding, was an easy one.

Kungwini aims to provide a safe and nurturing environment to teenagers with greatly diminished mental capacity; they live with psychiatric difficulties and/or developmental delays. Many were abandoned, placed in foster care, permanently removed from their biological families or adopted. When these placements fail, the children have no alternative placement, and if lucky enough, end up at Kungwini. Here they are loved and cared for in an environment where they are able to thrive and be the best version of themselves that they can be. The programme caters for each child’s unique abilities, challenges and needs and exposes them to life skills, training in a protective workshop and basic literacy and numeracy. 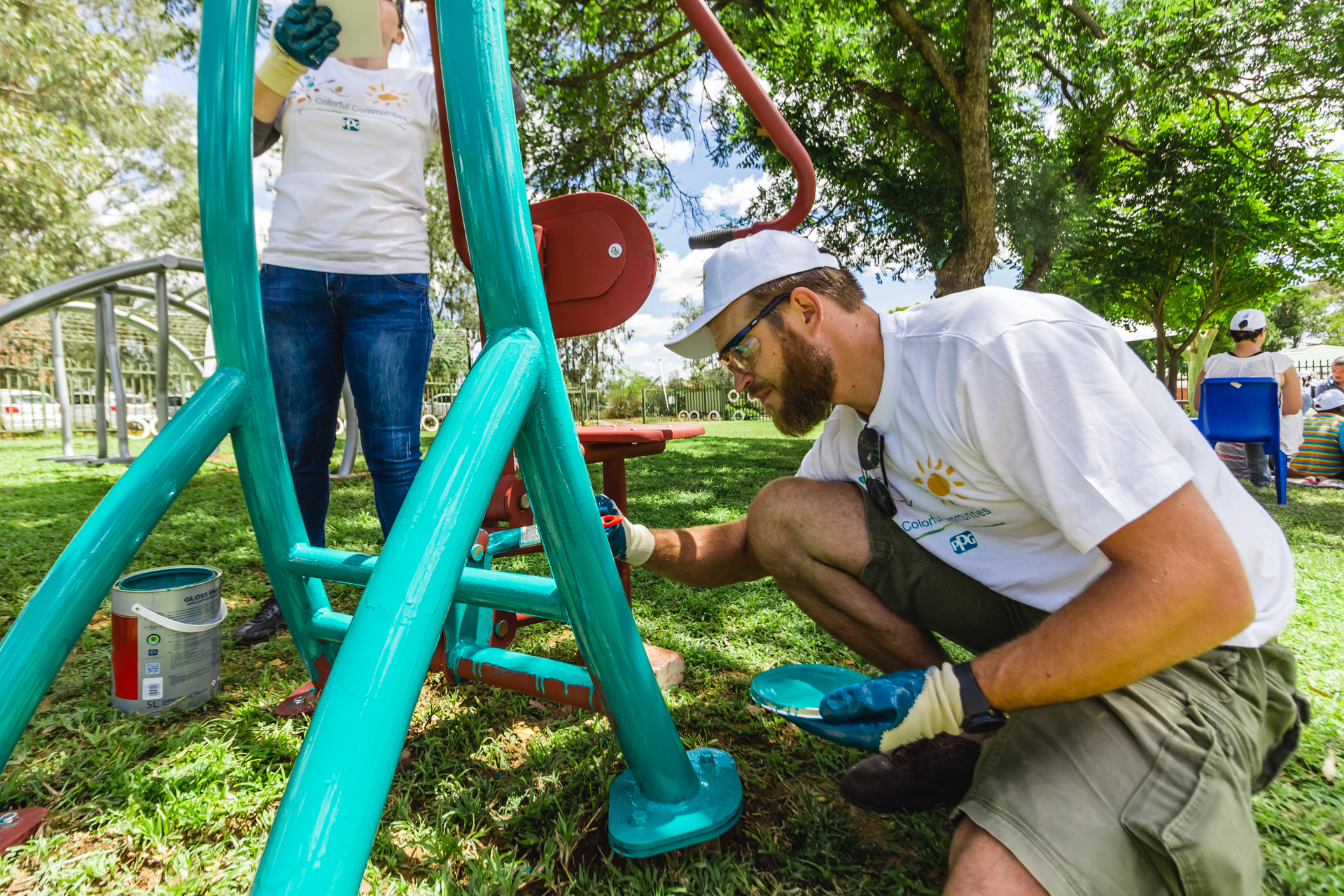 Perhaps the saddest part about the plight of the residents at the Kungwini children’s home is that 80% of them were not born with their disabilities; they suffered extreme abuse and neglect which lead to their debility.

As is customary with the Colorful Communities programme, CSI donations go beyond a financial investment – and 60 volunteers stepped in to paint the interior and exterior of the home; a job that used 2,000L of paint and took four days to complete. Paint used in the home, includes Prominent Paints Premium range and Prominent Paints Select range. More than just paint, new bed linen and curtains were also donated, along with outdoor furniture, gym equipment and umbrellas.

Paul-Alban Riché, MD of Prominent Paints and Regional Business Director for PPG Southern & Eastern Africa Region says, “In South Africa, the gap between the rich and the poor is increasing annually and the importance of CSI projects should not be underestimated. As corporate citizens we have the power to improve the lives of the underprivileged in this country; we can become agents of change, but for meaningful change to occur, collaboration and engagement is required for optimal impact. This is exactly what’s transpired with this project. By working together with multiple partners our impact has been magnified and for us that’s a great result.”

“In South Africa, the gap between the rich and the poor is increasing annually and the importance of CSI projects should not be underestimated. By working together with multiple partners our impact has been magnified and for us that’s a great result.” – Paul-Alban Riché. 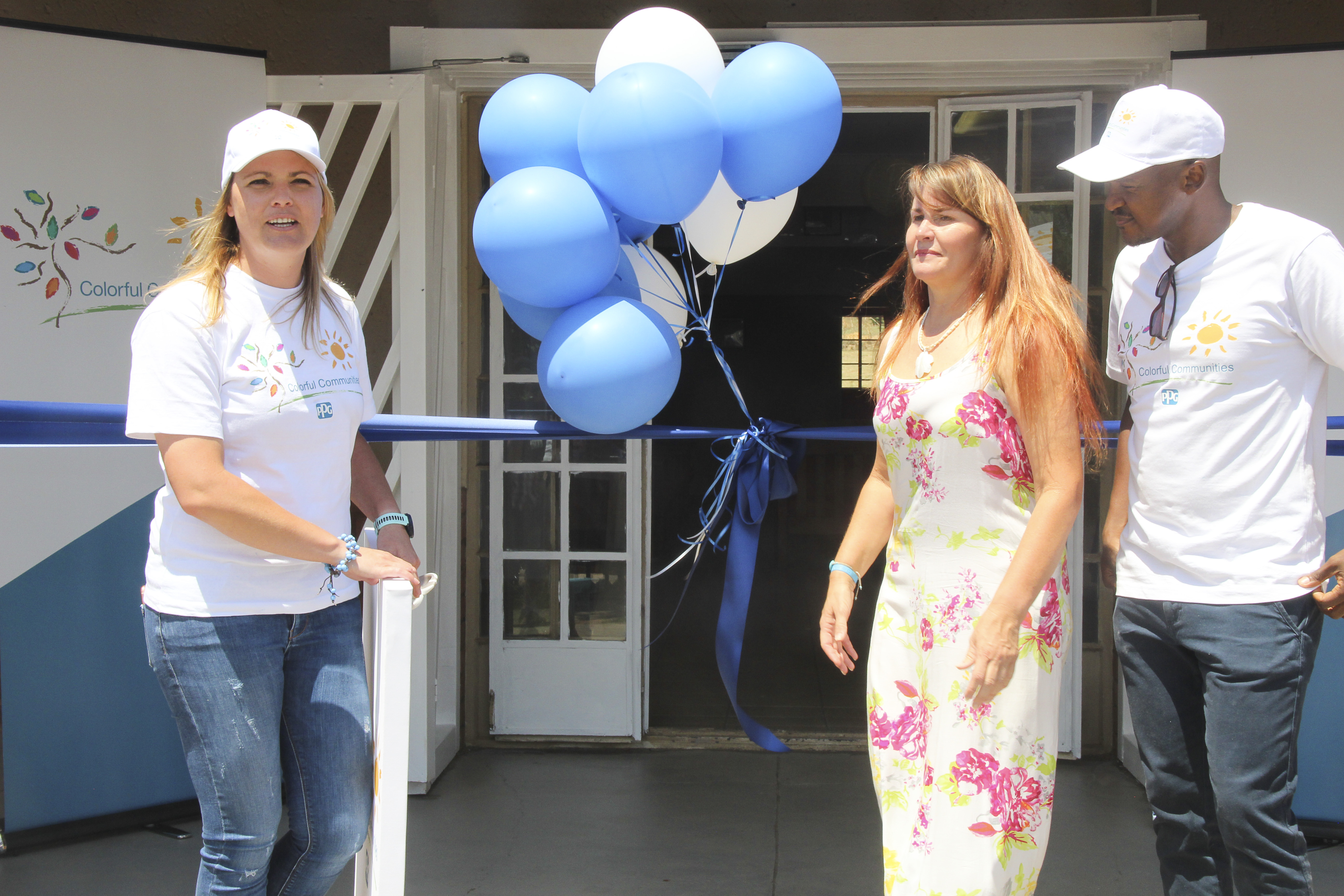 The paint colours selected for the communal areas included warm, inviting neutral colours that provide a blank canvas and calming retreat for children. In addition, the children were able to select their favourite paint colours for their bedrooms with most opting for bold and inspired tones. 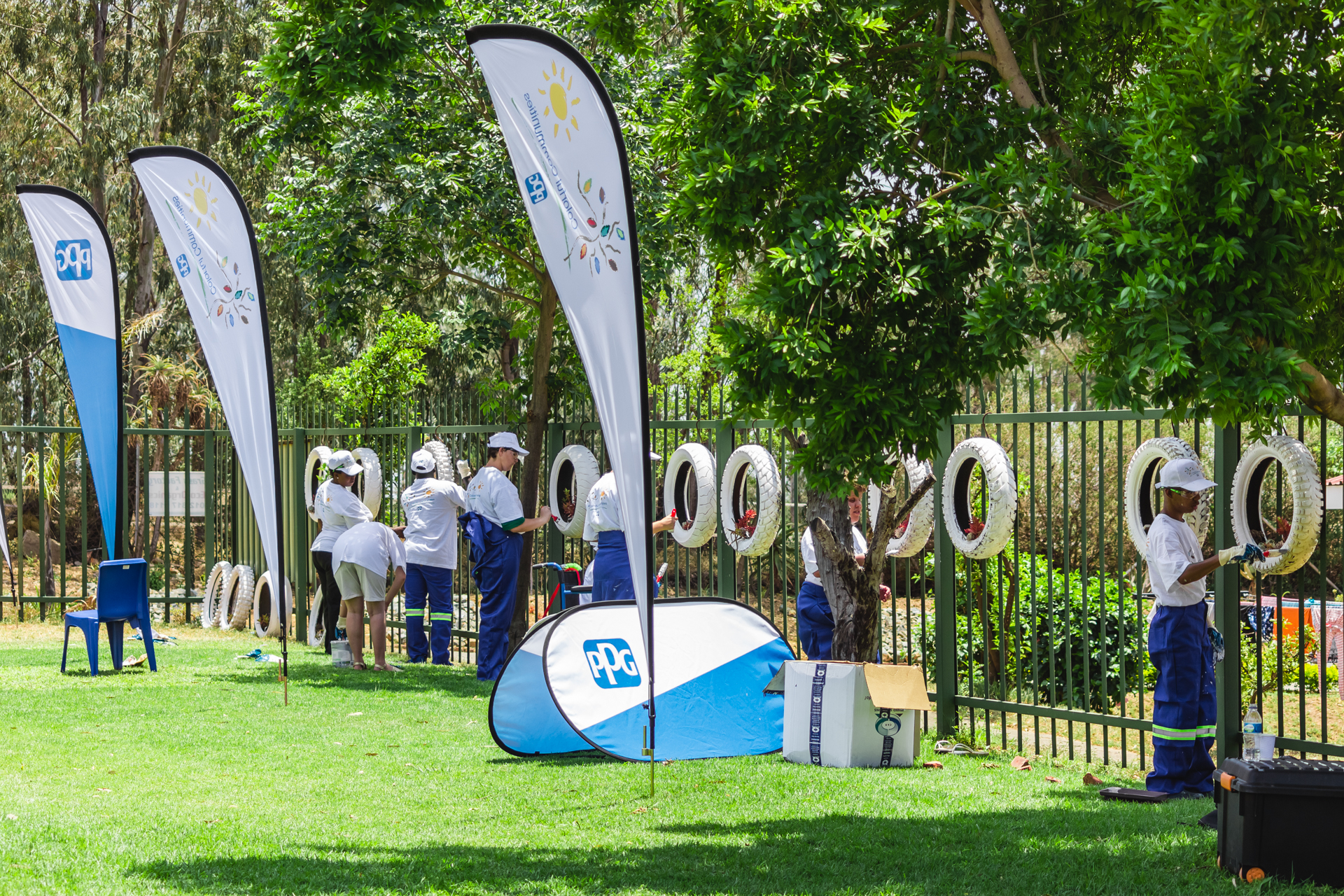 “Making life better for South Africans is a Prominent Paints value that’s deeply ingrained within our culture – so it is with great satisfaction that, together with PPG and its Colourful Communities initiative, we have been able to enrich the lives of the residents of the Kungwini Welfare Organisation,” says Riché.

Commenting on the donation, Kungwini Liaison & Proposal Coordinator Marlizet Dempers says, “The value that PPG Colorful Communities and Prominent Paints have added to our children’s lives with the colourful facelift and gifts to our children’s home, is immense. We have been humbled by their generosity in choosing us as a beneficiary. The transformation has been so radical that instead of being just another place they are being taken care of – it now feels like home. Our dream was to create a kids haven, not just an establishment, and Prominent Paints has made this possible.”

“The transformation has been so radical that instead of being just another place they are being taken care of – it now feels like home. Our dream was to create a kids haven, not just an establishment, and Prominent Paints has made this possible.” – Marlizet Dempers.

The Kungwini Welfare Organisation provides a variety of services to the Pretoria East community. The organization manages the Paul Jungnickel Home for disabled adults, the Kungwini Children’s Home, the Kungwini Early Learning Centers, as well as community development projects and social work services.

Prominent Paints is a fully integrated member of PPG Industries and was established in 1981-  celebrating 35 years of manufacturing in SA in 2016.  The company offers superior quality coatings to suit a range of applications in the commercial, residential and light industrial sectors.

Prominent Paints is a proud member of the Green Building Council of South Africa (GBCSA) and from an ecological perspective, its paint is lead-free, complies to, and even exceeds the standards set by the GBCSA. The Prominent Paints head office and manufacturing plant are situated in Alrode, Johannesburg. Products are dispatched from the Alrode warehouse to an extensive network of over 300 independent stockists, locally and to other Southern African countries. 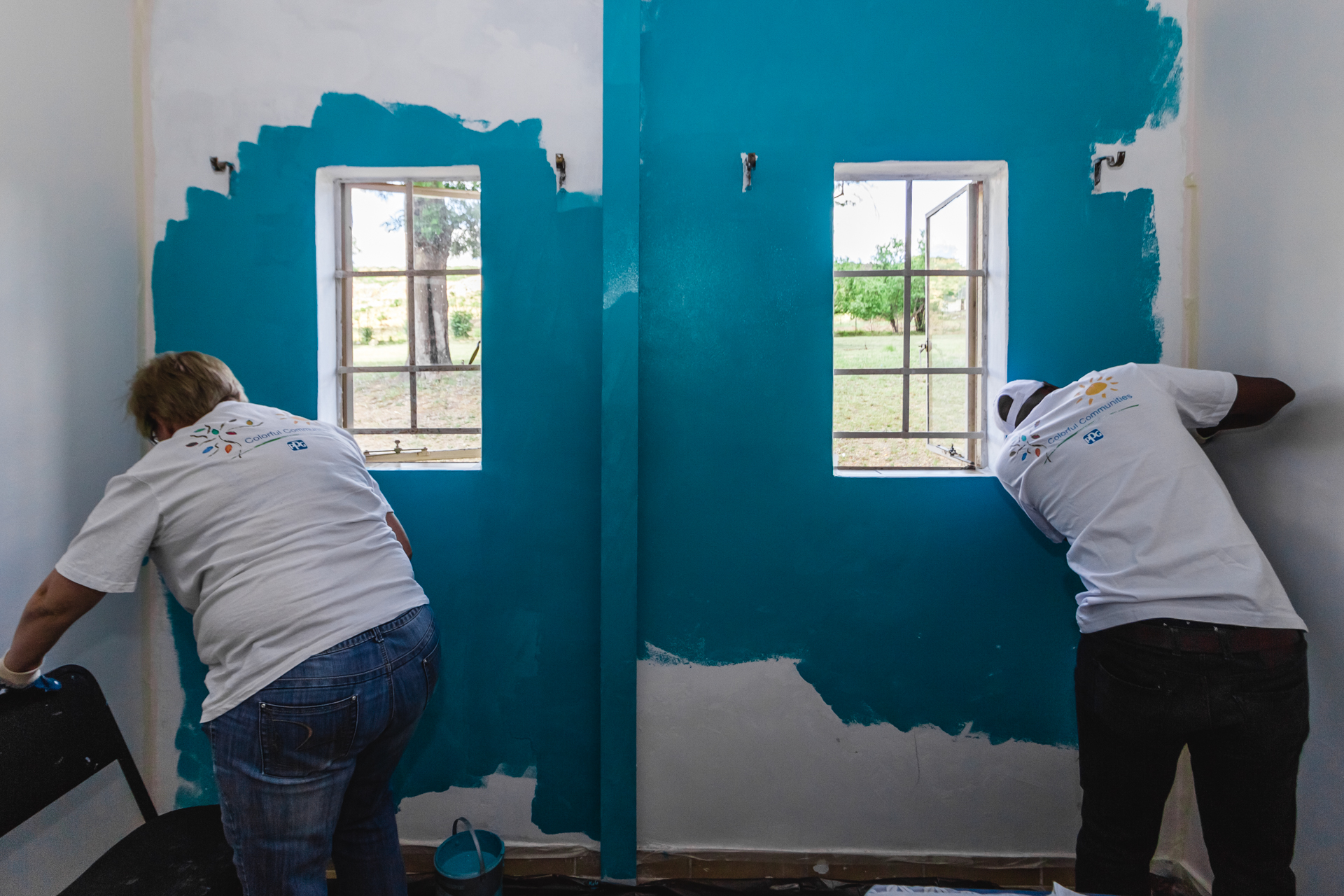