The rise of the emoji and the public rating system 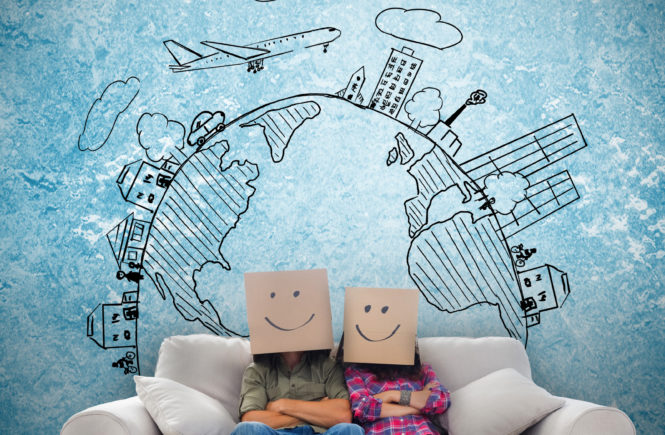 If a picture paints a thousand words, then an emoji must be worth at least a few hundred, says Scott Cundill, co-founder of online reputational justice platform, The Gentle Reminders Club, who advocates that the Emoji is a powerful tool that can help businesses get paid quicker.

Smiley faces. Angry faces. Confused faces. We’ve seen them all over social media. Is there really a serious place for these little pixelated guys and girls in business?

The Gentle Reminders Club is using emoji ratings to encourage businesses to quickly pay their invoices. Instead of constantly hounding the accounts department for money, the Club sends out weekly letters, notifying both parties that their public rating, which is broadcast on their website, is happy, grumpy or indifferent. The system effectively speeds up the collections process in a gentle and mostly, uplifting way.

If you doubt whether a simple rating system can be used to improve efficiency, then just ask your Uber driver. And if your Airbnb rating is low, nobody will rent your room. The fact is that ratings work. Reputation is important to businesses.

If an accounts department receives an email from a third party organisation assisting you to get paid faster, they are obligated to deal with it. If they don’t, those few pixels can harm their reputation. In many cases, you will be pushed to the top of the queue.

“We want you to have a great rating. Gentle Reminders is not here as a punitive measure, but rather to encourage better business ethics.” – Scott Cundill

The Gentle Reminders Club, Cundill’s brainchild, was conceived after he witnessed his own accounts department struggling to get paid on time, particularly with larger corporations.

“Most of our clients pay us quickly. It’s that 10 to 15 percent that makes us want to scream,” says Cundill and he’s not alone in shouting into the void in the hope that someone is listening.

Having been instrumental in building the platform, and trialled it successfully, it has been offered to all businesses as a completely free service. “With payments being such a problem in South Africa, this will help speed up the chain of payments down the chain and all businesses will benefit.”

The platform is very simple. The creditor registers and chooses a letter template from the various options available and The Gentle Reminders Club sends it off to the debtor. Only the creditor can then change their emoji status and the payment status which are publically reflected on the www.gentlereminders.club website. It’s a kind, gentle and easy way to collect money.

A confidential chat room allows both parties to privately discuss the invoice if they so wish.

With 1,500 businesses already registered on the site, letters are constantly flowing. Cundill says that volunteers that run the club in their spare time are constantly cc’d on mails from debtors who agree to pay.

“It’s a lovely feeling, watching people, who were otherwise silent, come out and make payment arrangements. It’s all done with a positive attitude – it’s not adversarial like a lawyer or debt collector.”

A serious question is the issue of whether or not a poor rating would be considered a form of defamation, or whether the platform itself uses intimidation for people to pay their bills.

“Actually, it’s just the opposite,” says Cundill, “It’s so easy to have your rating upgraded so you look good on the website. We want you to have a great rating. Gentle Reminders is not here as a punitive measure, but rather to encourage better business ethics.”

The website makes its ethos clear: “All we wish to see are two happy parties.”