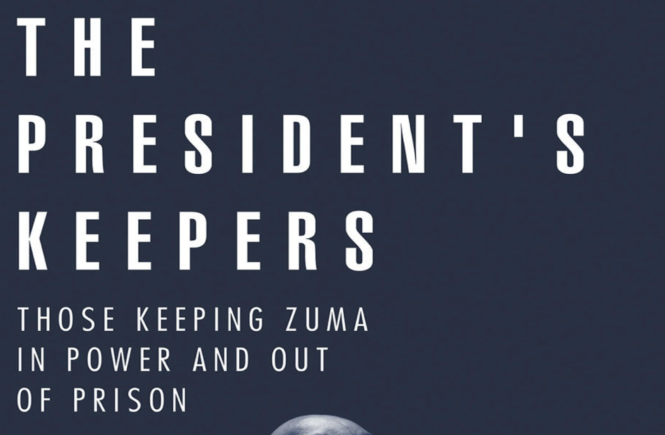 Business and leadership guru René Carayol shares his insight into the controversial, best-selling book by Jacques Pauw, The President’s Keepers, that chronicles the alleged financial scandals that have rocked Jacob Zuma’s reign as President of South Africa.

There is no better publicity for any book than the authorities wanting to muzzle it. It’s so much better for the publishers if those mentioned in the book try to have bits retracted AFTER it has been already published.

It also helps if the author is bold and brave enough to take on and challenge the highest profile of high profile figures in the country. To cap it all off, the author must be able to write in a compelling manner.

The President’s Keepers has all of this going for it and more.

The furore and outrage that broke out with its recent publishing is better than any marketing strategy the book could have dreamed of. 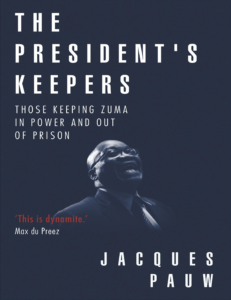 It took me back to July 1987, when Peter Wright published his seminal book, Spycatcher: The Candid Autobiography of a Senior Intelligence Officer. MI5 (the British Secret Service) were implicated in trying to bring down the British government of Prime Minister Harold Wilson, in the 1960’s. It had everything; spies, subterfuge, foreign governments and racy recollections with high profile individuals.

But what made the book such an outrageous best seller was the government and MI5s insistence on ensuring that it was gagged. The media of the day piled in and ensured it was a best seller.

Strikingly different to The President’s Keepers, they went for it long before it was published, and even had the initial run scrapped. Thereby nearly guaranteeing that it would become a much sought after bestseller.

History is repeating itself, Pauw’s book, soon after being released and later leaked on social media, has been at the centre of a row with the State Security Agency and the South African Revenue Service. The police have now become involved and the stakes are getting ever higher – whilst the book has raced to the top of the best-seller lists and has already sold out.

So, back to the book itself, Pauw knows how to tell a story and how to hold the reader. It’s a tough and sometimes polarising story to tell in the febrile atmosphere of South African politics. Even from a distance, it has an inflammatory zeal to it. The story of ‘state capture’ does not always distance itself from a slight underlying desire to perhaps prove that things were always going to be troublesome under ANC rule.

It’s such a sensitive area but it still deserves and demands strong-willed investigation, which Pauw does very effectively. It’s not always obvious who is encouraging whom and who is in control and who are the puppets but not many mentioned come out with enhanced reputations.

Pauw’s hard-hitting observations evocatively remind us that integrity has always been about doing the right things when no-one is looking.

On occasion, the need to provide proof can lead to an overload of information, and the reader can get a little removed from the big picture, but Pauw is merciless and uncompromising in his pursuit of wrongdoing.

Pauw’s hard-hitting observations evocatively remind us that integrity has always been about doing the right things when no-one is looking.

His clever use of the context of his own life and journey helps guide the reader and does make for an interesting and fascinating read. His strong-willed involvement in the Anti-Apartheid Movement provides a telling and instructive perspective. Despite this, it can at times, maybe inadvertently, play to an already raucous negative gallery. However, it certainly enables many to share his obvious outrage at the ‘state capture’ which is at the very heart of the book.

This is not just the same old muckraking, Pauw has unearthed much that is new, explosive and previously untold. Pauw takes no prisoners whilst trying to prove an alleged kleptocracy that many have already pointed to. The claims made would probably lead to the resignation of most heads of state, if not the downfall of many a government. But we live in strange times.

It begs the question, why no resignation? In many respects the environment is similar to the spell that President Trump has over American politics – and he also carries a hell of a charge list. But because they both deny everything and belittle those brave enough to stand up to them, the show just appears to roll provocatively on.

Because they both deny everything and belittle those brave enough to stand up to them, the show just appears to roll provocatively on.

No British political leader could survive this sort of onslaught. As we have experienced recently with the two resignations from Theresa May’s cabinet for relatively so much less than is articulated in this book.

From the startling allegations that Jacob Zuma paid no tax in his first term and that he has failed to pay back multiple debts and loans, to having pocketed an illegal R1m-a-month as President. These are dynamite allegations and Pauw takes us through his investigations in gory detail.

It’s combustive and, at times, divisive… but it’s far too compulsive to put down.

The Presidents Keepers has, unsurprisingly, sold out and more copies are being printed to meet the demand. It is on its way to being a best-seller on Amazon and the fastest-selling book in South Africa since official Nielsen data began in 2004.

Interestingly enough, I couldn’t find it any bookstore on my recent trip to Miami, or indeed in London. For all the noise, this is, so far, a very South African affair.

As the infamous British politician, Enoch Powell quipped, “All political lives, unless they are cut off in midstream at a happy juncture, end in failure, because that is the nature of politics and of human affairs.”

At this particular juncture, both President Trump and President Zuma are proving him wrong, they both are so comfortable being precisely who they are and doing whatever comes naturally. Their unshakeable self-belief has got them to where they are and they are not going to change now, and those who mind don’t matter to them and those who do matter, don’t appear to mind enough.

I would recommend reading this fiery and insightful book, but be careful not to shoot the messenger… and also be wary of finding all who appear in here guilty as alleged.